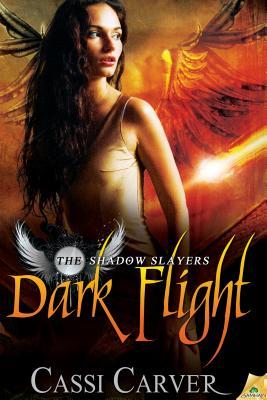 
In a world of shadows, a pure heart can be the most dangerous weapon of all.

Kara has been training for months to help take down Brakken—the merciless black-wing who is making life hell for the Demiáre. But when Julian discovers a scout has been tracking Kara, he wants her out of the fight—even if it means breaking her heart in the process.

Gavin isn’t much better. He’s already lost so much to Brakken and has no intention of allowing the woman he loves to be the next sacrifice. He and Julian have their hands full trying to fight Brakken’s army and keep Kara safe, especially after her recent visit to the mythical white-wings. Since her return, she’s been acting decidedly…strange.

With a terrible battle looming, Kara doesn’t have time to think about her conflicted feelings for Gavin and Julian—or the fact that she’s developed an unnatural taste for Gavin’s blood. But if she thought it was complicated evading mysterious scouts and fending off vicious black-wings, she’s learning that’s nothing compared to loving two strong-willed men.

Product Warnings:
This book contains angels that aren’t what they seem, a heroine with mad midwifery skills, and a metamorphosis that will change life as we knew it. 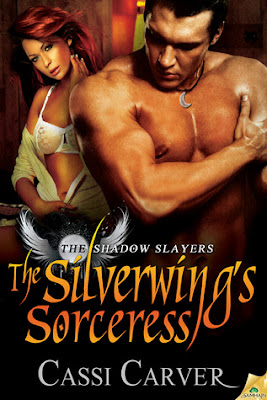 BLURB from Goodreads
His wings were made to protect her…but her heart is a no-fly zone.The Shadow Slayers, Book 2.5Abbey Sellers has to get out of town for a few days while trouble at home sorts itself out. A getaway to her family’s mountain retreat with her friend, Jaxon, is exactly what she needs to relax and forget the wound etched into her stomach. Except since the scorching kiss they shared, spending time with Jaxon isn’t as relaxing as it used to be.Grounded warriors, secret tunnels, and an ancient Book of Death are only part of the problem. How does any woman with a pulse stay “just friends” with a man who spent a hundred years honing his lovemaking skills in a harem? Besides, he’s immortal, and she has a shelf life. Jaxon, though, isn’t listening—or taking no for an answer.Jaxon Hex finally knows what he wants, and he won’t let anything stop him from making Abbey his. Not even the devastating secret he’s been hiding from her. With the coven out to assassinate the woman he loves, and Abbey dabbling in death magic that could get her killed, his own blood could be the one thing that heals her—or separates them for all eternity.Product WarningsThis book contains a warrior with needs, a woman with willpower issues and a cabin that’s not what it seems. Watch out for no-holds-barred sex and a love that can move mountains…literally. 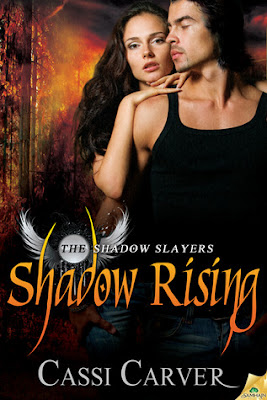 BLURB from Bewitching Blog Tours
Her lover is back from the dead…but now there’s hell to pay.

When Kara Reed learns her bondmate, Julian, is truly dead, and that Gavin has seemingly skipped town, she figures things have hit rock bottom. But soon, a string of bizarre accidents has her doubting those closest to her. And to make matters worse, the demon-king’s brand carved into her best friend Abbey’s stomach is deteriorating by the day.

Then a powerful coven of witches issues Kara an ultimatum. Bring them the blood of a true fallen angel—the only thing that will heal Abbey—or die. Kara would do anything to help her friend. Problem is, the only fallen angel she’s seen lately is the disoriented black-wing who attacked her scouts. One who looks suspiciously like Julian. Getting his blood might be easier if he was more interested in kissing her than killing her.

Caught between a coven of vengeful witches and a murderous dead lover, Kara must deliver the blood, heal the slow poison of Abbey’s brand, and save Julian from being consumed by the Abyss. But to do this, she may need the help of the one man she swore never to trust again…Gavin.

Product Warnings:
This book contains an angry demon returning from the dead, a clan lord hiding a terrible secret, and a hunted heroine cracking open a can of whoop-ass. Watch out for creepy kitties, exploding bad guys, and some very sudsy shower sex. 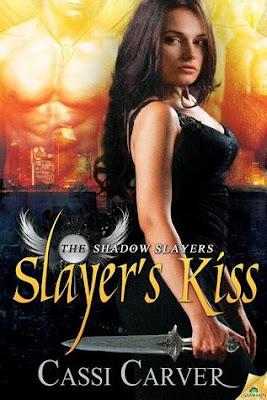 BLURB from Bewitching Blog Tours
When the past flies in your face, clip its wings.

Kara Reed is a supernatural failure. But where her magic falls short, her fists get the job done. The criminal element doesn’t stand a chance once she hits San Diego’s dark streets.

When two smoking-hot tenants move in next door, she thinks her love life might finally be heating up. Just being near Gavin and Julian is enough to make her want to offer her body on a platter.

Gavin and Julian know it’s only a matter of time before the truth comes out. They’re fallen angels sent to watch over the king’s daughter, one of the last females of her kind. Trouble is, she doesn’t seem to think she needs watching—unless they’re watching her shimmy out of her clothes.

No matter how tempting her guardians, Kara’s not about to let anything stop her from tracking down a sadistic killer who carves into his victims and leaves them for dead. Even when she realizes her target may be the very scourge of heaven from which her angels swore to protect her…

Product Warnings:
Contains a kick-ass heroine with a foul mouth, a kind heart and a raging libido, and two fallen angel warriors who wouldn’t have her any other way. Watch out for sex in the clouds, a magical island of hedonism and a love triangle that gives new meaning to the term “hot-wings”.