GUEST POST - WHY I WRITE DYSTOPIA BY SARAH DALTON 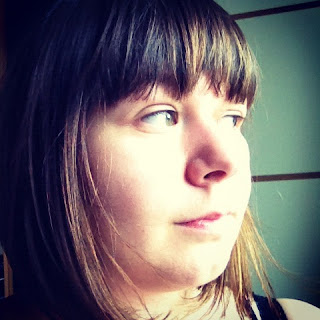 I’ve been drawn to dystopian stories ever since reading 1984 as a teenager. After closing the final pages, I realised that I would never look at the world in the same way. When I walked down the street I noticed more – CCTV, hidden cameras – and knew that Orwell had predicted the future with startling clarity. I realised then how powerful literature can be.
When Suzanne Collins penned the Hunger Games she combined the dark society related to dystopia with teen melodrama, action and romance. It created a new genre and provided many excellent entertaining and breathless reads for teens to enjoy. But at the very core, you find commentaries on the world we live in. I believe this is the real reason so many people – including me – are drawn into the dark worlds created.
If you think about the themes in an average dystopian book – oppression, poverty, rebellion – you realise that they exist in the modern world. They are all around you, if you take the time to look. In The Blemished I imagine a society where genetically enhanced models fight it out for attention. If you think of celebrity culture right now, it isn’t a million miles away. The poor are oppressed, labelled as Blemished and segregated to the ghettos. There are many places in our world where the poor live separately to the rich. Take a look around your own town or city and you’ll be surprised at what you see.
In good science fiction we often get a lot of truth set in a futuristic, or alternative, landscape. It can be wrapped up in action, but at the core, if you dig deep enough, the truth about our own world is revealed.
I write dystopia because I love it. And I urge you to keep reading dystopian books. Read them for the drama and the entertainment, but don’t forget to look for the truth. Those truths stay with you for the rest of your life.
Posted by Jeanz xx at 11:00