GUEST POST - THE KASADYA SERIES IN A NUTSHELL BY KAREN SWART 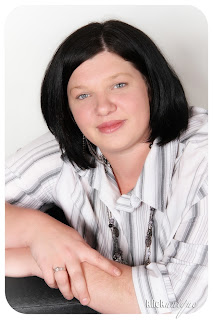 The Kasadya Series in a nutshell.
By
Karen Swart

The Kasadya Series is about Kasadya (aka Kas) Levourne. At seventeen she joins the fallen world Exsilium to learn how to destroy demons.

Her journey begins in Hellhound Awakened where she starts her training in Exsilium. She assigned to a very ruthless master guardian Chax Deluca. His has no people skills, doesn't do nice and she suspects my also be demented. But as she starts learning about her new world she discovers that its not easy to keep on fighting and you need to be made out of steel to accept this world and survive tomorrow.

She gets into a lot of trouble and have a talent to mess up the realms. But she hangs on and tries to survive the stuff thrown at her. Even when she ends up in hell as a prisoner she doesn't give up and fights for freedom. But when she finally gets freed her world is unreachable and she has to team up with a rogue fallen and humans to continue the fight.

In Hellhound Twisted Kas finally finds the fallen again, unfortunately they are not happy to see her. She has discovered a lot of things on her own. The truth about the hellhound born curse and also that she can make half-breed fallen, which is forbidden.

Forced to go back to Exsilium and face the fallen's wrath she and her half-breed friends stand up and fight for their right to live and serve as fallen. Here they are ordered to complete their apprenticeship and is assigned to guardians, of course Kas ends up with Chax again. But Kasadya has a very special destiny and she soon discover that her world can get even worse.

With her new journey Hellhound Born Kas has to come to terms with a lot of things about herself and the choices she has made. She also finds out who her destined charm is, and boy it was not what she was expecting. But she doesn't have a lot of time to complain, a war is about to spill unto earth and she is the star in a race to try and stop it from happening. She battles demon lords to complete her definity and starts preparing to fight the biggest battle the world have ever seen.
Posted by Jeanz xx at 10:30