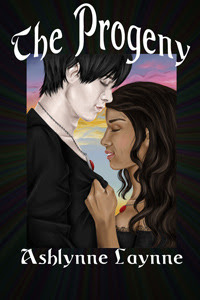 BLURB from Goodreads
“No fate other than the one I choose.” The timeless creed, and tattoo, bore by the Rousseaus— a vampire clan with the purest bloodline of any vampire family. Out of this clandestine group came one who was different, yet the same: Ascher - a half-bloodling— half- human, half vampire.Ascher questions the purpose for his existence and which world he truly belongs to: the human world or the vampire world. Two months from sealing to Ursula— a prearranged union to a woman he abhors — he’s at his wit’s end. He knows if he calls off the sealing, the Romanian clan will strike with deadly force, but he cannot see eternity with a cold empty shell of a woman like Ursula.Just when he thought life was complicated enough, he meets Shauna— a beautiful, bi-racial human wiccan — and immediately develops an unshakable attraction to her. She makes him feel alive and vital despite his origins and Ascher makes a decision that turns his immortal world upside down

About The Progeny Series

At its core, The Progeny Series is simply about a man and woman who fall in love, and the fact that he’s a half-blood (half-human, half vampire) and she’s a Wiccan human are secondary factors. When we meet Ascher, he’s grumpy. Frankly, who could blame him? He’s engaged to seal to Ursula—a cold and careless vampire who wants nothing more than to get her hands on a bloodstone— and he feels conflicted about his existence.

All of that changes when he meets Shawnette McCutchin. She’s beautiful, intriguing and possesses some of the most potent blood that he’s ever smelled. A war immediately begins inside Ascher. He craves Shauna’s blood just as much as he craves her body and the closer they get, the harder it is for him to control his urges. After Ascher calls off the sealing to Ursula, the trouble begins. His family’s peaceful period ends when Ursula’s army attacks the Rousseaus. 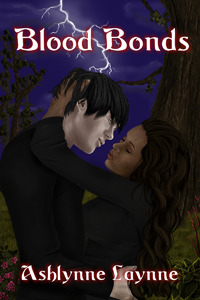 “Forever. For always. For eternity.”The ties that bind two hearts are powerful. For Ascher Rousseau and Shauna McCutchin, it’s more than just a blood bond. Their union is that of vampire legend. Their love is a predestined prophecy foretold centuries ago.It’s a week before Ascher and Shauna's sealing and the couple is making final preparations for their eternity, but Ascher's ex has other plans. Ursula is hell-bent on revenge—revenge fueled by lover's scorn and her father's death—and she begins breeding a fresh army of newborn darklings to do her bidding.When Ursula finds a new weapon—an ally with the capability to dismantle the Rousseau clan—Ascher and Shauna's bond is tested and they must stand together against Ursula or lose each other for eternity

Ashlynne Laynne has always had a soft spot in her heart for vampires but grew tired of the garlic fearing, sun-loathing creatures of old. An avid horror movie fan, she tends to enjoy media and music that is of a younger, more eclectic nature. This was the catalyst for her writing The Progeny. The vampire/witch pairing is unique and different when most books pair vampires with werewolves.

Ashlynne loves writing on the edge and teetering between the erotica and romance genres, and thinks of Ascher and Shauna as the wicked, damned version of Romeo and Juliet. She is currently working on book four of her Progeny Series, book one of her upcoming Rocker Series, and an untitled novella WIP. In her spare time, she enjoys cooking, reading and spending time with her family. She juggles the hats of wife, mother, full time employee and part-time writer, hoping to write full time one day soon. Find and follow here online on Twitter. Check out her Manic Readers page, Blog and Website, or leave her a note in her Reader Email.

Ashlynne lives in North Carolina with her husband and teenage son.

Do you work another job as well as your writing work?
I write part-time and work an abbreviated schedule, outside the home, Monday through Thursday.

What is the name of your latest book, and if you had to summarise it in less
than 20 words, what would you say?
My upcoming title is the third in my Progeny series—Blood Promise—and is set to release in March. If I had to summarise it in 20 words it would be, “Watch out Ascher and Shauna, because nothing is as it seems, and all hell is about to break loose!”

Which of your books were easier/harder to write than the others?
I’m finding that the deeper I get into writing this series, the harder it is to write it. The first book was the basis, and I didn’t have a history to keep straight. I’m writing in book four, and I often find myself referring back to the first three to be sure that the details are consistent.

What can we expect from you in the future?  i.e. more books of the same genre? Books of a different genre?
I plan to finish my Progeny series, start a new romance series with human characters and write a few short stories and novellas in between the larger projects.

Where do you get your book plot ideas from? What/Who is your inspiration?
The Progeny series started with a dream about my hero, Ascher. I’d had a particularly stressful day at work and decided to take a nap. While sleeping, I dreamed of this gorgeous, dark-haired man with pale skin and a unique amulet around his neck. I woke confused and determined to figure out who he was. I immediately sketched his amulet from my memory. After that, the history of the Rousseaus, their family motto and tattoo just seemed to flood my mind until I had a 350-page book in a word document. Might I also add that my sketch of that amulet was hideous. Only my husband and cover artist have ever seen it.

How do you come up with the Title and Cover Designs for your book/books?Who designed the Cover of your books?
A new cover artist, Faleasha Myers, has done all of the Progeny series covers. She and I just seem to have a weird connection. She loves these characters as much as I do, and it shows in her work.

Do you choose a title first, or write the book then choose the title?
I have every book of the Progeny series titled. I have a loose idea of what each book will be, so it’s fairly easy to name them beforehand.

Do you basic plot/plan for your book, before you actually begin writing it out? Or do you let the writing flow and see where it takes the story?
I always start a project with a loose outline, but that doesn’t mean that it will hold up. Ascher and Shauna are very stubborn characters and fight me at every turn. Most times, it’s better to let them do as they like and just be the recorder of the events.

What do you think makes a book a really good/bestseller ?
I’m a romance lover and, for me, I want to be sucked in. I connect to a book on an emotional level.

What do you do to unwind and relax?Do you have a hobby?
I love to cook, though I rarely have time to. My husband does the bulk of the cooking so that I can write and work.

Which format of book do you prefer, ebook,hardback, or paperback?
I rebelled against e-books until a year ago. Now, I love my Kindle and don’t leave home without it.

What piece of advice would you give to a new writer?
I would tell them to write every day, even if you don’t feel like it. Also, to get a professional editor for your books. As writers, we are too close to our stories and need another set of unbiased eyes to help us smooth out the rough edges. 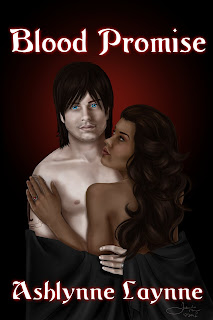 “Their love is fated by an ancient prophecy. Now the promise is fulfilled.”

Ascher Rousseau is a half-human, half vampire whose life has been a series of prophecies and predictions. After finding incredible love and passion with Shauna—a Wiccan with powers beyond anything he’s ever known—he seals to her and hopes for happiness. But his enemies seek to destroy all that he loves, and he finds that happiness never lasts for long.

Darkness is descending and a vampiric revolution is nearing. A new brood of hatchlings is born to join their darkling brothers, in preparation for war. A preordained chain of events is set into motion that could lead to the rise of the demonic “cloaked one” and his half-human fallen children, while ending humanity—as we know it.

Can a supernatural love and the loyal bond of a family save the Rousseaus and the world from certain extinction?