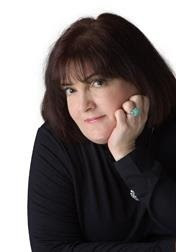 A little about the Author before the Interview
Traci is the author of paranormal/urban fantasy and contemporary romances featuring a sly, urban edge, including her current Seven Seals series. Her stories feature sizzling alpha-male heroes full of dark humor, quick wits and major attitudes; smart, independent heroines who always give as good as they get; and scrumptiously evil villains who are—more often than not—bent on world destruction. She enjoys weaving ancient curses and mythology, modern science and old religion, and great dialogue together to build red-hot, sizzling chemistry between her main characters.
A storyteller since childhood, she began putting her tales down on paper in November 2011 after the idea for the Seven Seals Series occurred to her in a dream. She finished the first draft of what was to become Seal of Destiny in one month and decided to pursue a full-time writing career in January of 2012. Life has now been a rollercoaster, crash course in pursuing your dreams.
Traci is an active member of Romance Writers of America (RWA), Indiana Romance Writers of America (IRWA) and Fantasy, Futuristic & Paranormal Writers (FF&P) and is pursing a Masters of Fine Arts degree in Writing Popular Fiction through Seton Hill University. Her stories have made the final rounds in several RWA chapter contests, including the 2012 Duel on the Delta, the 2012 Molly Awards, and the 2012 Catherine Awards. An earlier draft of Seal of Destiny won the paranormal category of the 2012 Marlene Awards sponsored by the Washington Romance Writers.
Other current projects include upcoming books in the Seven Seals series and a new futuristic detective series with hints of the paranormal and plenty of romance.

And now for the Interview!

What is your name, where were you born and where do you live now?
Traci Douglass. I’m a Midwest native and here I still reside.

Did you always want to be a writer? If not what did you want to be?
When I was a teenager, I wanted to be a fashion designer. Then I wanted to be a professional dancer. I’ve come to writing later in life, but creativity has always been a part of my life.

Did it take a long time to get your first book published?
I began submitting to agent and publishers in July 2012. Crimson Romance bought Seal Of Destiny in October of 2012, so about four months.

How long does it usually take you to write a book, from the original idea to finishing writing it?
I can usually kick out a rough first draft in about a month when I’m writing hard. I shoot for 200 words each day. I then spend about two months polishing and revising that first draft into a submission-ready manuscript.

What can we expect from you in the future?  ie More books of the same genre? Books of a different genre?
I’m currently editing the third book in the Seven Seals series and writing the fourth book. The second book in the series will be released by Crimson Romance in May 2013. I’m also working on something totally different for my MFA thesis project. A paranormal romantic suspense detective series with tinges of horror. Think Joss Whedon meets Castle, without the vamps.

How do you come up with the Title and Cover Designs for your book/books?Who designed the Cover of your books?
So far, Crimson has kept the titles I’ve come up with for the books. The cover art is handled by their Art Department and is their baby. They do ask for author input though.

How do you come up with characters names and place names in your books?
Yep. I always research names and places and try to choose those that have symbolic meaning for the character or the story I’m telling.

What do you do to unwind and relax? Do you have a hobby?
For fun, I like to read, listen to music, watch movies, and play with my dogs.

If you could invite three favourite writers to dinner, who would you invite and enjoy chatting with?
Great question. I’d pick Stephen King, Mark Twain, and J.K. Rowling.