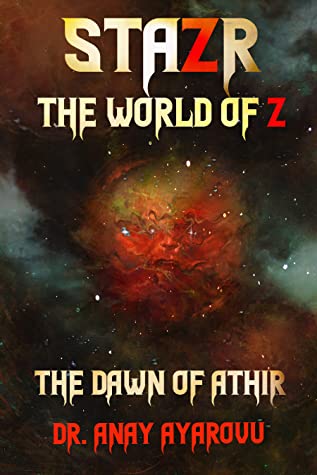 BLURB from Goodreads
A strange and mystical prophecy was found in the city of Treebarad. On a piece of parchment,old long-forgotten events come back to life, the memory of which was intentionally erased. A mysterious prophecy now gives hope to the twisted ruling race that the power they seek lies behind an ancient gate. On the reverse side of the oracle are coordinates to the location of the Chosen One.Lael is an introverted and naive writer who grew up with a book in one hand and a quill in the other. All his life, he has lived in a peaceful solitude, reading and writing his short stories and dreaming big of one day becoming a prestigious author. To his surprise and delight he must now become savior of the Star people and take the journey to find answers that do not exist in books. 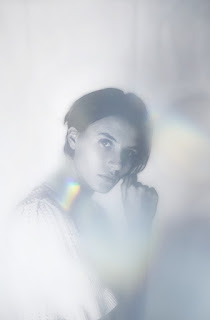 What is your name and where do you call home?
My name is Dr. Anay Ayarovu, I am from Russia, but it’s hard for me to call this country my home, despite all the cultural heritage that it gave me. It so happened that I cannot stay in one place for more than a few years. If I could always change my place of residence as often as I would like, I would not stay in one place for more than a few days. As a child my favorite fairy tale was a book about a traveling frog, I think it left a certain imprint on me or, maybe, on the contrary, I liked it because my character always had a craving for exploration.

Do you use a pen name? And why?
I do use a pen name. It’s Dr.Anay Ayarovu. Why? Probably, when I was in the position of the reader, it always seemed to be very romantic and interesting. Back in the days, choosing a different name for yourself really was to save incognito. In the days of the internet, I think it's a tribute to tradition.
Part of my pen name I created by myself – this is a slightly altered anagram of my name, the other part (doctor) was added by my husband, who concurrently helps me with marketing the book when he has time. He decided that using part of my doctor’s past would give the pen name some interesting detail. In any case, it seems to me that he said something like this (I do not overthink details, which I know that many would devote precious hours of their lives).

Have you ever read a book more than once? And if so, what was it?
I read books all the time.  Lately, it’s hard for me to find something interesting enough for myself.  Probably to a greater extent this prompted me to take up a pen in one day.

Do you have a play-list for this book?
We have a collaboration playlist, which can be found on our Spotify account @stazr_official or on the official website in the section #STAZRINSPIRED.  Not only me but also the readers are adding songs to this playlist.  Music can be a huge inspiration!

What is your favorite film based on a book?
I’d say that my favorite film based on a book is Lord of the Rings. This wonderful story is one of the fundamental stones in the fantasy genre. I have a friend who has watched this film more than a hundred times and can quote every phrase. I’m certainly not a fanatic like this, but I’m always happy to re-watch the film and re-read books.

What’s the best advice that you have been given when it comes to writing?
I love to watch tutorials from time to time and then I often want to try some ideas, but it almost never works for me. One day I discussed this with my husband. He said that I am not a structured writer (just like I am not a very structured person) and trying to do something on the advice of other writers that are very much not like me will only harm my writing style. Of course, this advice is only true to a certain extent, however, for me it turned out to be valuable.

What genre would you place your book into?
The genre of STAZR The World Of Z series might be blurred in speculative literature. However, if I’d be putting my book on the shelf, it would be either epic fantasy or soft science fiction.

Is there anything you would change about your book? And why?
Yes, of course. Stephen King wrote somewhere (if I’m not mistaken, this was one of the introductions to the Dark Tower) that authors always try to make their books better and the more we try, the less we like it and the more ideas come on how to change it. Perhaps I do not exactly give his wording, however, the idea is something like this.  He said this about the fantasy series that he wrote all his life. Much has changed in him and in books over the years and because the larger the time gap, the more I suppose he wanted to edit.  When getting older we perceive new things in a new way. Therefore, I would really like to have the opportunity to work on the first part of the series when I finish the second book.  I would like to add a few scenes and diminish Lael’s somewhat long thoughts on some matters.

Do you have a book trailer? And what are your thoughts on book trailers?
I would really like to have a book trailer.  No, not like this.  I would really like to have an INCREDIBLE book trailer.  When we started marketing, I looked at a few of them to have an idea. I didn’t like any, especially for the money that production companies wanted to charge - their results were mostly sad and unsatisfying. The trailer that I really wanted would cost me about a hundred thousand. In my opinion, my book trailer should have looked like those intro scenes from video games. Therefore, I abandoned the idea - I wanted either the trailer that I want or none. Now almost a year later, I decided to master 3D. I’m launching the youtube channel where I will try to master 3D scenes from scratch and make that same book trailer I wanted. Join me - it will be interesting!

If you had to choose to be a character from STAZR The World Of Z: The Dawn Of Athir, which would you be and why?
I would choose a shnail - it is small and it is easy for her to survive with its 12 legs.  And though of course I would not like to be caught by hunters, nevertheless, the idea of being so loyal to the owner so as to die without him impresses me very much.

On average how long did it take you to write STAZR The World Of Z: The Dawn Of Athir?
Writing STAZR The World Of Z: The Dawn Of Athir was interesting and difficult at the same time.  Since this is my first book, there were a lot of points that were taken me especially long. I don’t know if I really wrote this story. Sometimes it seemed to me that I was just writing down what happened once upon a time and is now torn out.  One thing is for sure - once you open the Stazr Universe it is no longer possible to leave it.

How many books will be in the series?
I’m planning on six books to be in STAZR The World Of Z series. But I’m not good at planning, so we’ll see where it all will end up.

How did you choose the Series Title?
It’s simple. STAZR is the universe name, where all the events take place. There are a lot of Stazrs (Stars) in this universe.
The World Of Z is the key Stazr (Star) where the main problem of the STAZR universe has started and where the equilibrium was ruined.

What can we expect from you next and in the future?
It is in my plans to finish my second novel and to make a new YouTube channel to recreate #STAZRUNIVERSE in 3D. Join me there :)