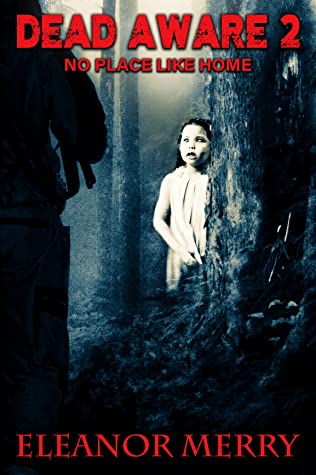 BLURB from Goodreads
It’s been seven years since the FIRE virus devastated the globe, leaving most of the world population decimated. From the wreckage, infected and non-infected survivors emerge to find their new places in the world.Since rising after the infection, Max and Clara abscond to the British Columbia wilderness to live in peace, away from the rest of the world. Their life is hard, but happy, until outside forces tear their family apart in efforts to find a cure for FIRE.Max and Clara must leave their home and once more go against the people who consider them no more than ‘zombies’. With the help of new and old friends, will they be able to finally overcome humanity's prejudice against them?

REVIEW
After reading and really loving the characters of Max and Clara in A Zombie Journey I had put this book straight on my Want To Read Wishlist! So as soon as I realised it was available, I had to buy it, and read it straight away. The cover fits well with the others of the series, and features a young girl on the cover who I would say is Joan.

The book picks up where Clara has given birth and she and Max have chosen to call their daughter Joan. Joan has not experienced the bad in the world, those that would be against them because they are infected and are different. She has not come in to contact with other infected people, or the less aware zombies either. In fact, she has only her parents for company since they isolated on an island, thinking it safer to just keep away from everyone. They think it is important to remain in hiding as if those that do experiments like those scientists and officials that had Clara before where to realise Joan’s existence, they would more than likely want her and Clara. The trouble is Joan is a lively child who wants to explore and no longer viewed as a baby. When her father gives in and allows her to accompany him to the main land they are both seen by three infected men. Max has a very uneasy feeling about the men and quickly returns to the safety of the island. This upsets Joan as he had taught her how to set traps and she had wanted to check them but he insisted they go back home without checking them. Joan of course being a bit rebellious secretly sneaks off and makes her way to the main land to check the traps and walks straight into the three men who want to sell her to a military base with Doctors. They will get good money for her, and that’s all they can see. The book then tells the story of Max and Clara finding their daughter gone, their boat gone and having to make their way to the main land in an attempt to find her. They soon uncover tracks and see she is no longer alone. When they find out where she is being taken. They know they will need help to get their daughter back. So, they return to old friends who are like themselves, who have made a community together with some uninfected.

There’s lots of hints about what is going to happen and links back to the time when Clara was held in the medical facility. Is it time the “dead aware” made a stand? Can Clara, Max and a few friends really rescue their daughter?

I loved the return of Max and Clara as well as learning about the new character of Joan too. There’s a return of some of my favourite characters from earlier in the series. There’s lots of action in this book and it has quite a fast reading pace, which I loved. I had thoughts about where things might go regarding a possible new leader in a certain community and though I wasn’t totally right I was really happy where Eleanor took the story and community leadership. This honestly is one of those books, in fact its one of the series I could talk for ever about!
Some things seem resolved, but one thing is for sure the uninfected still have the mentality of killing the “zombies”. The Uninfected don’t see the different zombies. They don’t recognise the “dead aware infected” as any different to the mindless, flesh eating variety. Will that attitude ever change? Will there be more trouble for the dead aware community?

My immediate thoughts upon finishing this book were that the more I read of this Dead Aware series & world, the more I love it. Definitely looking forward to reading more.

Summing up, well I love this series and am really looking forward to reading more and am (im)patiently waiting for the next book already!