In the anticipated sequel to the heart-wrenching novel Inebriated, Neon Nights will keep you on the edge of your seat with another wild ride into Cait's life. 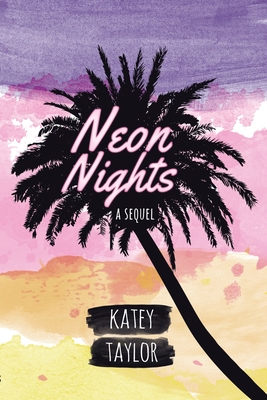 BLURB from Goodreads
Liquor and lust and troubled boys who are hard to trust...

After a harrowing summer riddled with tragedies, seventeen-year-old Cait is forced to deal with the aftermath of poor choices and failed relationships.

Will Cait be able to continue her journey despite the heavy chains from her past, or will she be dragged down by the same mistakes?

Katey Taylor's heart-wrenching debut novel will have you strapped into the intense rollercoaster ride of Cait's life and one chaotic summer that will change it all. 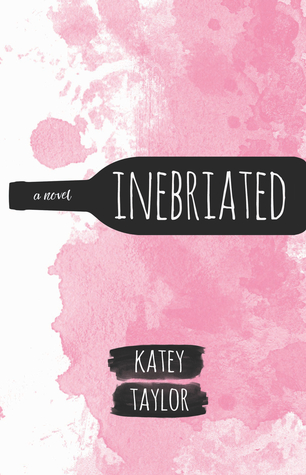 Barely seventeen and as pretty as can be: the summer is their playground. Cait and her best friends Steph and Allie take on San Francisco's party scene with fake IDs and short dresses.

When Cait meets Adrien Cross, the charismatic lead singer of her favorite indie band, she's introduced to a hedonistic world of liquor and lust that she never wants to leave.

But then that world spirals out of control and the harsh realities of reckless living take a toll on Cait and the ones she loves.
What will be left when the makeup masks wash off, the bottles are empty, and Cait begins to lose her grip on everything? 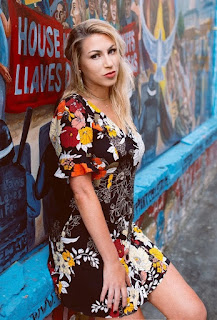 Katey Taylor is the author behind the emotionally wrenching young adult novel, Inebriated. Katey's passion for storytelling stemmed not long after she first learned to write with a pencil. Every story she writes is infused with a piece of her heart and her absolute muses of music and travel. She's a San Francisco Bay Area native living in a house that sits on a bayside lagoon with her husband and two cats.

This is the second book in the series. How does Neon Nights continue the story of Cait that you began in your first book, Inebriated?
Neon Nights picks up right where Cait left off in Inebriated but due to the life-altering incidences that took place in the previous book, Cait’s whole world is turned upside down. Readers will be able to dive right in and see the immediate new challenges she faces, and whether your rooting for her or screaming at her, you won’t be able to look away.

You write about a lot of very real topics. Are these novels based on any true experiences?
At first, I strictly denied my life had any relation to my books. Fiction is fiction. But it was getting hard to deny that was true to friends and family who had read the books. I grew up in a San Francisco Bay Area suburb and snuck away to San Francisco to party in my teen and young adult years. Like a lot of teens, I experienced or was around underage drinking, drugs and the aftermath that comes with that. Cait’s story is not my story but a lot of the emotion and experiences she goes through are similar to mine. I think Cait did take on my teenage persona maybe more than I’d like, but I also think I wrote her qualities I wish I had back then. Cait might not be able to see the bad or danger in people at first, but when she does she is willing to stand up for herself and for the ones she loves. I think her inner strength is one of her best traits.

Music is an obvious theme in the books, and Adrien is a musician. Is he inspired by any real-life musicians?
Oh boy. Adrien definitely morphed into his own real character, but I will admit when I first started to write him, I was inspired by a particular lead singer of an indie band called The 1975. His aesthetic mostly, and I’ve seen him play live many times and he exudes that sort of the slick, dark, wounded musician vibe that Adrien carries.

Do you listen to any particular music while writing?
I have to listen to music while I write, they both go hand and hand so naturally for me. When writing a scene, I usually pick a song that relates to what I’m writing, and I will play it on repeat for hours to help me visualize the setting or express a certain emotion. My music taste is quite eclectic. Indie rock is my go-to, but I love older bands like Fleetwood Mac or Van Morrison. I’m also a huge pop fan probably because I grew up listening to Britney Spears and N*sync. But when writing, I will listen to any song in any genre with deep emotions or lyrics that inspire me.

Social media is such a massive part of teenagers lives these days. What message about social media did you want to portray to your readers?
A minor plot point in Cait’s story in the books is she was admired and often criticized on social media. Yet all of those people had not a clue about the hardships she endured on a daily basis. Life isn’t always what it seems, and just because your seemingly pretty and popular doesn’t mean that life is easy or that you don’t make terrible decisions.

Besides a great read, what else do you hope teens get from Neon Nights?
Not just teens, but parents of teens could read these books as an eye opener to what teenagers are capable of getting themselves into. You might think your kid – or you! – wouldn’t do things like this but sadly those are the people who end up blindsided by addiction issues, find themselves in a toxic relationship, or make the simple mistake as getting in the car with someone under the influence. These things sadly do happen every day. I hope by tackling some of the harder topics of being a teen with truth and honestly, I’ll help my readers think about their choices when in stickier situations, and think about doing what is best for themselves and the people they love.
For more information, visit www.kateytaylor.com, and connect with her on Instagram and Facebook.