Inspired by a true story 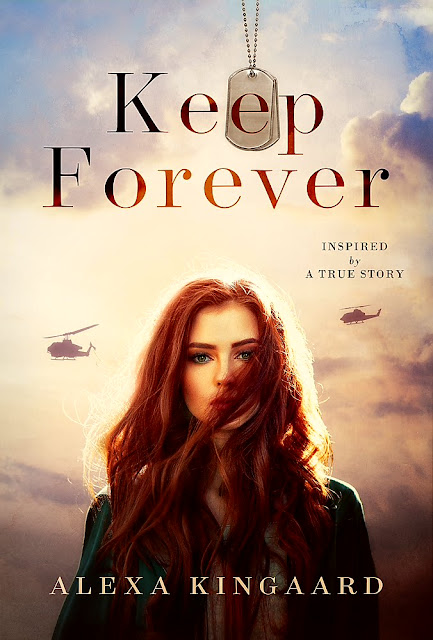 BLURB supplied by Xpresso Book Tours
Paul O’Brien’s idyllic childhood in Southern California comes to a halt when his mother dies in the summer before his senior year of high school and a very different persona of his father emerges – isolating himself inside the house, turning to alcohol for comfort, and barely noticing his only child. Simultaneously, the war in Vietnam is sending shock waves around the world and young men from one coast to the other are being called upon to serve. Paul enlists in the Marines before receiving his draft notice.

Elizabeth Sutton is eager to gain some independence from her father’s old fashioned notions and looking forward to her first year in high school.  At fifteen years old, tragedy strikes with the loss of both parents in an auto accident, turning her childhood into one of responsibility and worry overnight.  The four siblings are scattered when her nine-year-old twin sisters are sent to live with their Aunt and Uncle on Nantucket Island, and Elizabeth is left behind in Boston with their grandmother.  Her older brother, Sam, enlists in the Marines, eager to join the conflict a world away as opposed to dealing with the one unfolding at home.

A bond develops between Paul and Sam in Vietnam, and both are injured in a bloody battle that costs Sam his right hand and sets the stage for a lifetime of nightmares and sleepless nights for Paul.  Matched by similar tragedies at a young age, Elizabeth and Paul’s first introduction by Sam upon their return from Vietnam is the beginning of friendship and love that survives five decades.
After marrying, welcoming their first child, and inheriting a small beach house, the couple adapts to their new surroundings, but distant memories of Vietnam continue to haunt Paul.  In an era when veterans refuse to speak of their pain and the government denies that thousands of soldiers are coming home irreparably damaged, he is left to deal with the challenge of caring for his loved ones amidst his his erratic flashback episodes and moods. As their lives unravel from the lingering effects of PTSD, Elizabeth learns to accept the burden that Paul brought home, and together they make their own memories to keep forever.

ALEXA KINGAARD, a California native, currently resides in Carlsbad and is the mother of a son and daughter who continue to be her biggest fans and cheerleaders.

October 13, 2011, was the day that changed her life forever when her ex-husband, a Vietnam veteran, took his life during a PTSD flashback episode. Inspired to share this tragedy that continues to rob husbands and wives of their spouses, children of their parents, mothers of their children, brothers and sisters of their siblings, and comrades of their friends, Kingaard relied on her own experiences to shed light on this crisis. The burden brought home is not partial to Vietnam, but is an insidious aftershock endured by combat veterans of all conflicts.

Kingaard continues to pursue her literary career, writing about nostalgia and the human condition, the common denominator of our lives.

Could you tell us a little about Keep Forever in 20 words or less?
It’s a 50-year saga of a Vietnam Veteran and the burden he brings home to his family and loved ones.

How did you come up with the title for your book Keep Forever?
I changed the title three times, but nothing captured the feeling I was trying to convey - it’s about memories, good and bad, and how our lives are shaped with every memory we keep. KEEP FOREVER is a fictional account of my Vietnam veteran, and he had a habit of wrapping bills, letters, file folders, and cards with a rubber band and writing across the top, ‘KEEP 4-EVER.’ My son suggested I spell it all out, because the numeral 4 might make it look like a children’s story. I make a reference to this in the book.

What genre would you place Keep Forever into?
Historical Romance, Historical Fiction and Contemporary Women’s Fiction. Even though readers have been both female and male, from thirteen to eighty years old, it is from the point of view of the veteran’s wife and her struggle to keep the family bound together in the wake of her husband’s PTSD episodes and erratic mood swings. It’s a heartwarming, though sometimes sobering look at the reality and coping mechanisms of living and loving a veteran with invisible wounds.

How long did it take you to write Keep Forever?
I never considered myself a writer before I tackled this story, and had it not been for the suicide of my ex-husband triggered by a PTSD episode in 2011, it probably never would have been written. My grammar and spelling were never a concern, but piecing a story together was a thought process I undertook mostly in my head. As part of a Veteran’s Writing Group, I listened for three years to the stories and memories they shared, until I finally had my beginning, middle and end. Once I had a clear mental picture of how I needed to portray this delicate topic, the first draft was complete in about three months. I did seven more drafts over the next few months, learning about the publishing industry along the way. After engaging the assistance of a professional editor, I self-published at sixty-eight years of age. Interestingly, that was never my goal. I just wanted to get the story down on paper. After I wrote and published my second novel, MY NAME IS ROSE, with a hybrid publishing company, I decided to polish KEEP FOREVER with a deeper dive into the characters and content and re-release a second edition in the hopes of reaching a wider audience. This story is my heart – now it finally seems right.

As you have said Keep Forever is based on your ex-husbands experience did you look at old photographs or refer to a journal/diary, or rely on anecdotes that your ex-husband had shared with you?
Jeff was one in a million, a bright light even with his idiosyncracies. Most of his humor was meant to mask his pain and trauma from Vietnam, none of which he ever shared with me. I have a treasure trove of old photos, both before and after we were married, and my memories of him go back decades. Our children constantly remind me of how wonderful it was for all of us to have him in our lives.

Did you need to do any further research for Keep Forever?
I needed to verify specific dates in the Vietnam timeline, just to make sure I was accurate, but much of what I wrote about was either personally experienced or observed. It was my generation. When I wrote the two chapters that covered the battle that would set the scene for the rest of the story, I read it to my Veteran’s Writing Group to get their honest opinions. They were stunned at the explicit description, both with the physical backdrop and the mental anguish of the characters.

Who designed the Cover of your book? Did you have a lot of input into the process?
A professional book design company in New Zealand, Damonza, did this second book cover of KEEP FOREVER for me, as well as for MY NAME IS ROSE. I worked with my publisher throughout the process and the agonizing first unacceptable versions. There was a lot of back and forth, until we finally agreed on this beautiful image, with the dog tags and helicopters. Some authors find the book cover design a daunting experience, but it is intuitive to me, and much easier than marketing and social networking!

What can we expect from you next and in the future?
I have four more stories percolating in my head, but settled on one to pursue. I started it a few weeks ago, and am twelve chapters into the first draft. It is another nostalgic story, Historical Romance and Historical Fiction, that takes place in the late 1940’s. It was a nugget of an idea that expanded to a full-blown novel about two women. One lives in the US and has multiple miscarriages over a five year period. When her last pregnancy is tragically cut short, she and her husband are met with negative comments when they try to adopt from agencies in the States, and at 29 years old, are told that they have “aged out” of the system. In the meantime, a young woman in Canada gives birth out of wedlock after the man she thought she was going to marry abandons her when he finds out she is pregnant. Up until the mid-seventies, many young Canadian women were forced into unwed mother’s homes, where their babies were given up for adoption. If you weren’t married or had parents who were willing to fight the shame and stigma, the children were left behind while the young mothers returned home with empty arms. I think readers will like this one, another story about human nature, love and courage. I’m writing it during my quarantine – four weeks and counting – and  hope to have it published in early 2021.