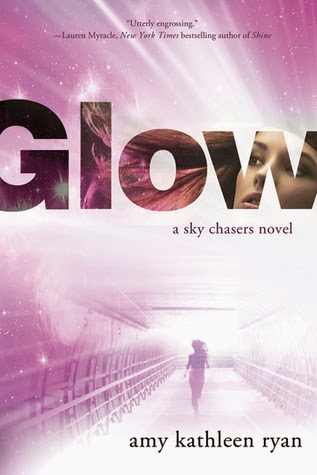 BLURB from Goodreads
If a violent battle destroyed the only world you’ve ever known, would you be brave enough to save who was left? Would love be strong enough to survive the fight? Either way, there’s no turning back…
The Empyrean is the only home 15-year-old Waverly has ever known. As members of the first generation to be successfully conceived in deep space, she and her boyfriend Kieran will be pioneers of New Earth. Waverly knows she must marry young in order to have children who can carry on the mission, and Kieran, the handsome captain-to-be, has everything Waverly could want in a husband. But there’s a part of Waverly that wants more from life than marriage… and she is secretly intrigued by the shy, darkly brilliant Seth.Suddenly, Waverly’s dreams are interrupted by the inconceivable – a violent betrayal by the Empyrean's sister ship, the New Horizon. In one pivotal moment, Waverly and Kieran are separated, and find themselves at the helm of dangerous missions, where every move has potentially devastating consequences, and decisions of the heart may lead to disaster.Pulse-pounding and addictive, Glow is the first novel in Amy Kathleen Ryan's riveting Sky Chasers series. 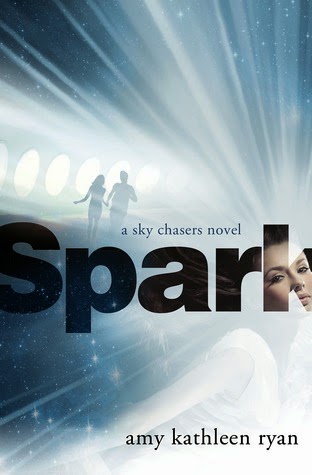 BLURB from Goodreads
Waverly and Kieran are finally reunited on the Empyrean. Kieran has led the boys safely up to this point, and now that the girls are back, their mission seems slightly less impossible: to chase down the New Horizon, and save their parents from the enemy ship. But nothing is truly as it seems…Kieran’s leadership methods have raised Seth’s hackles— and Waverly’s suspicions. Is this really her fiancé? The handsome, loving boy she was torn from just a short time before? More and more, she finds her thoughts aligned with Seth’s. But if Seth is Kieran’s Enemy No. 1, what does that make her? In one night, a strange explosion rocks the Empyrean—shooting them off course and delaying their pursuit of the New Horizon—and Seth is mysteriously released from the brig. Seth is the most obvious suspect for the explosion, and Waverly the most obvious suspect for releasing him. As the tension reaches a boiling point, will Seth be able to find the true culprit before Kieran locks them both away—or worse? Will Waverly follow her heart, even if it puts lives at risk? With the balance of power precarious and the clock ticking, every decision counts… every step brings them closer to a new beginning, or a sudden end.. 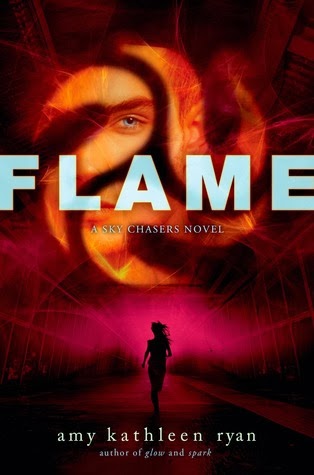 BLURB from Goodreads
In the thrilling conclusion to the Sky Chasers series Waverly, Kieran, and Seth struggle to survive on-board the New Horizon—and take down their enemies before it's too late.Waverly and the other members of the Empyrean have scattered, and their home ship has been destroyed. Their mission to rescue their parents didn't go as planned, and now they're at an even greater disadvantage: trapped with their enemies on the New Horizon, trying to find a way to survive. Kieran has been pulled under Anne Mather’s wing, but is she really trying to make peace, or just using Kieran to build her own power? Meanwhile, Waverly is taken in by a mysterious old man who wants to help her bring Anne Mather down—but the more Waverly cooperates with him, the more dangerous her position is, and the more at odds with Kieran she becomes.Seth's situation is even worse. After setting out from the Empyrean on his own, with only a vague strategy to guide him, he is a fugitive aboard the New Horizon. He's doing what he can to challenge the power of Anne Mather, but he's badly hurt, and getting sicker.Will Seth ever see Waverly again? Will his health hold out long enough to help her topple their enemies? And will Waverly find a way to unite with her friends before they all fall? Nothing is sure and every moment is a risk in this explosive finale of the Sky Chasers series

INITIAL THOUGHTS
To say I was looking forward to reading this one is a serious understatement! I wanted all my questions answering plus much much more . . . .did I get it?

MY REVIEW
I was super super lucky in that the Author arranged for me to receive a copy of this for me to read and then my daughter was sent one so, thankyou!
I love the cover! with its bright orange flame, the silhouetted figure running and of course the face showing through the flames. IT's wow!
So would the cover alone make me pick this one up from a bookshelf? Yes 100%!
So this book picks up from where Spark left off. The crew of the Empyrean have no choice but to go to the New Horizon when their vessel is destroyed! Or is it totally destroyed not everyone makes it off. . . are they dead or are they just hiding out from the mysterious crew from the New Horizon that seems to be checking out the things that still work on the Empyrean? Seth put Waverly on the last shuttle to leave the Empyrean with the promise that he would some how follow and help her.
What can the Empyrean Crew do? They are all being kept apart on the New Horizon by the Pastor Anne Mather who though still rules the New Horizon does now thanks to what happened to Waverly and the other girls have a few doubting her. There's also the Elders on the New Horizon who seem to want Anne Mather's out of power so they can replace her with one of their own called Jake. Jake seems to befriend Waverly but when she rejects his somewhat amorous advances he is not happy at all and Waverly finds her life in danger from more than one person. Danger seems to be around every corner for her. Though Waverly and some of the other children have been reunited with their parents things aren't right. It's as if those parents have been brain washed!
So Seth finds a way to get from the Empyrean to the New Horizon and literally goes into hiding. Seth learns by just listening at doors and wall what is going on and really runs as much interference as he can without being caught. There is so much going on in this book it really is amazing!
There are twists and turns aplenty, help for the Empyrean kids from unlikely sources. Then there's those people who you initially think are "good" that turn out truly cunning and bad!
I really enjoyed reading this book, yet at the same time I truly didn't want it to end.
I wanted more! and I'd like to think that maybe there could be a spin off series??
So did I enjoy the book? Truly loved it!   Did I enjoy the series? Wow Yes loved it! Would I read more by Amy Kathleen Ryan? Yes please! I'd love more of Waverly, Seth, and the New Horizon and . . . . well I can't say what else or it would be a major spoiler! I'm sure Amy Kathleen Ryan will know what I mean? Please??
Posted by Jeanz xx at 03:00