BLOG TOUR - ANYTHING TO HAVE YOU BY PAIGE HARBISON 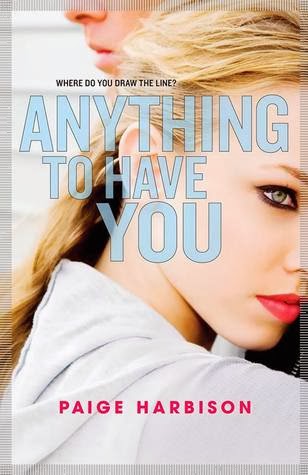 Title: Anything to Have You

BLURB from Goodreads:
Nothing should come between best friends, not even boys. ESPECIALLY not boys.

Natalie and Brooke have had each other's backs forever. Natalie is the quiet one, college bound and happy to stay home and watch old movies. Brooke is the movie—the life of every party, the girl everyone wants to be.

Then it happens—one crazy night that Natalie can't remember and Brooke's boyfriend, Aiden, can't forget. Suddenly there's a question mark in Natalie and Brooke's friendship that tests everything they thought they knew about each other and has both girls discovering what true friendship really means. 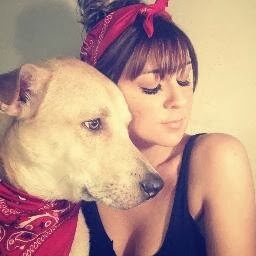 Paige Harbison recently graduated from Towson University with a Bachelor of Science in Fine Arts. She grew up on the outskirts of Washington D.C. She spends most of her time with friends--who give her constant inspiration for characters--and calls it research. The rest of her time is spent writing, painting, and following all of the worst TV shows.

I heard her before I saw her. Music blasted from inside her
car despite the fact that she was in a quiet neighborhood. I
climbed in, and she turned down the volume.
“So fucking cold outside,” Brooke said as I buckled my seat
belt.
“It’s winter, it’s supposed to be cold outside.”
She rolled her eyes and turned around in my driveway.
“I’m moving to, like, California or something. I can’t stand
this. Okay, so,” she said. “Justin continues to not notice me,
despite my employment of slutty tank tops.”
“Who cares about Justin? He’s a junior, for one thing, and
he’s related to Reed, which means he’s likely insane.”
“And I really thought this bra would do the trick, too.” She
ignored me and pushed up her push-up. “My tits look totally
awesome—there is no explanation for how he has not dropped
to his knees in obsession yet. I mean, look at me, I am, like,
an adorable fucking snow bunny.”
12 PAIGE HARBISON
She raised her eyebrows at me, and I surveyed her pink
cheeks, pitch-black mascara, ribbon-blond hair and absurd
f luffy white coat.
Only this girl could pull that off.
I sighed as she looked back at the road.
“Well,” I said, “he is also friends with Aiden. Maybe he’s
got some kind of…integrity?”
“Hah! That moron? Come on.” She shook her head, no
doubt in the world. “He’s not picking up on it or something.”
I doubted that.
“All right, so he’s not aware that you’re trying to get him
to want to bang you—”
“I want him to want to bang me. I would never actually do
that with him. Ew.”
“Okay...so you want him to want to bang you. Maybe you
shouldn’t be doing that.”
“I mean, I know that? But this isn’t about cheating on
Aiden. Or breaking up with him or anything. I need to know
Justin wants me, and that he would have me if he could.”
“You know that’s insanely selfish, right?”
“It is not.”
“Oh no, it is.”
“It’s an attention thing! Aiden and I have been together for
what, like…a year?”
“More than that, but go on.”
“So, I mean, it has gotten a little…stale. And I don’t know…
I totally don’t want to not be with him. But sometimes a girl’s
got to get some attention on the side. I mean, come on. This
is the last semester of high school that we will ever have.
Shouldn’t I be living it up, being young and all that?”
“I still don’t understand why you want to stay with him if
you need that.”
“Do you really not?”
ANYTHING TO HAVE YOU 13
“No, I don’t! You’re not even eighteen yet, and you’re in a
relationship you clearly don’t want to be in. I’m just saying—”
“You wouldn’t understand.”
“I am pret-ty stupid.”
“I’m sorry but you wouldn’t!” she said. “You’ve never really
even had a boyfriend, Nat!”
“Yeah, that’s because when I know it isn’t right, I don’t stick
around because he’s hot or because I wish I had those feelings.”
“Can we not argue about this?”
“We’re not arguing, we’re…discussing.” Things were tense
for a split second before we both started laughing. “I’m just
saying, I don’t think you should feel trapped into something
that’s not right. You know your options are endless, and no
one can blame you for wanting to—”
“You’re the one that we should be talking about.”
“Me? Why?”
“Because! You’re a freakin’ hottie with a body and yet you
spend all your time at home nowadays.”
“A hottie with a body? What decade are you from? And
hey, I’m not at home right now!”
“You know what I mean, Natalie. I don’t get why you do
that. I’ll never understand it. You get asked out by guys more
often than makes sense for how little you talk to people, and
yet you choose to spend time all alone.”
“I choose me, Brooke!” I quoted the public service announcement
on unhealthy relationships we had recently been
forced to watch. Apparently none of the rest of the video had
affected Brooke much.
“As I was saying, if you could not interrupt—everyone’s
all about you, and you ignore them and don’t do anything.
People still ask where you are at parties. How many events do
you get invited to that you don’t deign to go to, or that you

Contest is void where prohibited. Entrants must be 18 or else have parent or guardian’s permission to enter. Winners will be notified via email and will have 48 hours to respond  or another winner’s name will be selected. Winning entries will be verified for authenticity. 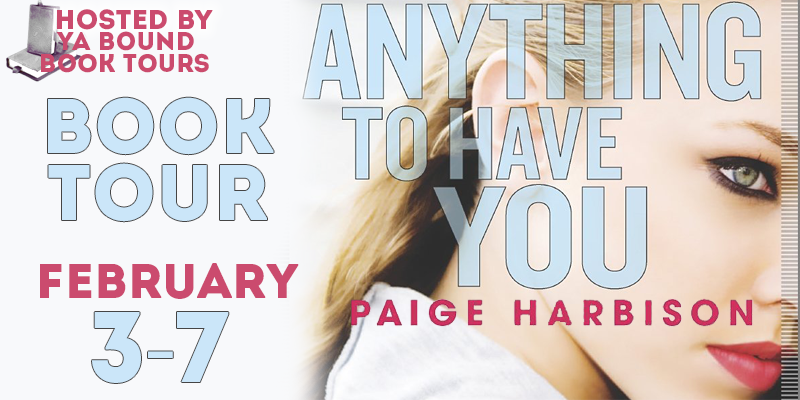