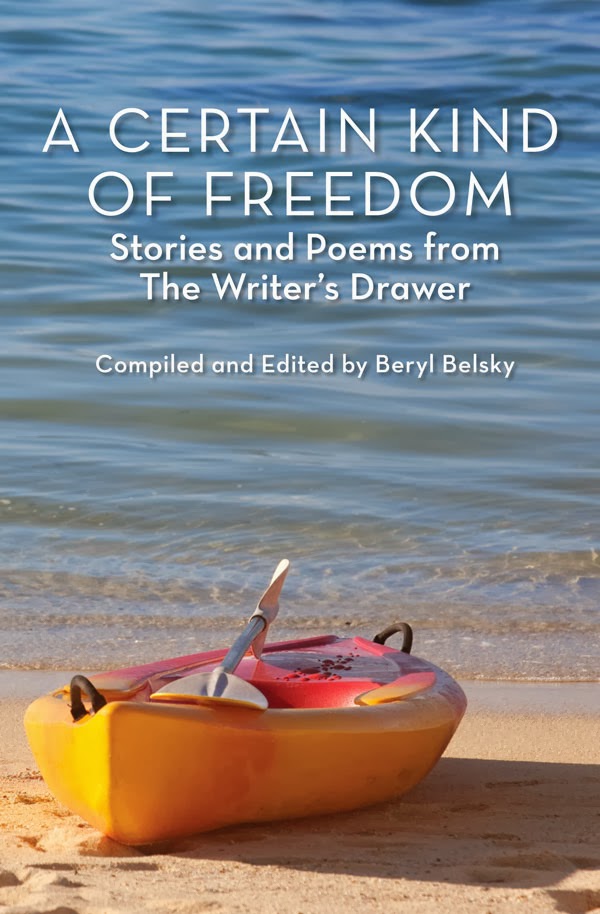 Book Information supplied Beryl Belsky
This anthology features the work of 33 talented new writers, representing almost all parts of the globe. Their pieces have been selected from the intercultural, literary showcase The Writer's Drawer (thewritersdrawer.net), run by academic editor and writer Beryl Belsky. The stories and poems in the anthology reflect not only literary merit but also the multicultural nature of the website and its contributors. The book is divided into three parts: Short Fiction, Stories from Life and Poetry. The Stories from Life, in particular, provide a fascinating look at the cultural mores and religious rituals of the countries of the writers. The book is an ideal gift for lovers of all genres of writing and for those who enjoy literature from different cultures. Its mix of cultural-specific and universal themes makes it an excellent tool for teachers to use in the classroom, too.  Dip into a story or poem before sleep, in a coffee shop or during a trip.

I can't believe that almost two years have passed since I launched the intercultural, literary website The Writer’s Drawer. It wasn't always intercultural and it was barely literary, then; moreover, its character was still in formation. However, since then it has grown into a flourishing, multicultural showcase for creative writing from all over the world. One of the reasons that non-native English speakers were attracted to the website is that, as a professional editor, I offer free editing support for submissions.

Over time I noticed that some of the material I was receiving was very good. So, about a year after the start of The Writer’s Drawer, I began wondering how I could get some of the talented writers posted there greater exposure. And the idea came to me: I’d publish an anthology of the best and most interesting pieces. Hence, A Certain Kind of Freedom: Stories and Poems from The Writer’s Drawer was conceived and eventually born. The title derives from the first story in the book, the riveting and highly praised “A Certain Kind of Freedom,” by Canadian writer Susan Rodgers.

Since the website includes various writing genres, the anthology is divided into broad sections of Short Fiction, Stories from Life, and Poetry. The writers, who range in age from a 10-year-old child to seniors in their 80s, come from all corners of world: Australasia, Asia, the Middle East, Africa, Europe and North America.
The book was released on November 22, 2013. Hopefully, the proceeds will help me to continue the website and publish another anthology in The Writer’s Drawer Book Series at the end of 2014 (deadline for submissions, 15 September 2014).

Writers, you are invited to submit your own creative writing to the The Writer’s Drawer, and you will be eligible for inclusion in the next anthology.

In the meantime, readers might like to know that The Writer’s Drawer and the Indie and Proud network have joined forces to run a Short Story Competition (deadline March 31, 2014).