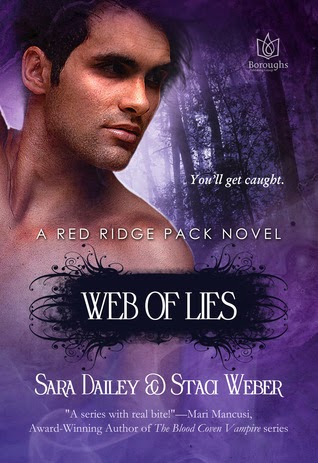 BLURB from Goodreads
In the midst of a struggle for control of his pack, eighteen-year-old werewolf enforcer-to-be Luke Stanton meets the one girl who will destroy everything…or complete him.

Eighteen-year-old Luke Stanton is focused, strong, and intimidating as hell. He has to be. As the future enforcer of Red Ridge, it will be his job to keep the other weres in line. So avoiding close friendships, pack drama, and especially pack females is in his best interest. He witnessed firsthand what love did to his father, so casual human hookups are enough.

Then she arrives: Scarlett Reed. She arouses something primal in him, something undeniable. But just as Luke gives himself permission to finally experience something real, the truth bursts free. The were beauty is harboring a secret so devastating it has the power to destroy him. At the same time, the pack is splintering over a battle for leadership, and Luke’s strength is needed more than ever. It is a time of upheaval, of the destructive power of lies. Everything he thought to protect is in danger: his family, his friends…and most of all, his heart.

Goodreads Link to Web Of Lies 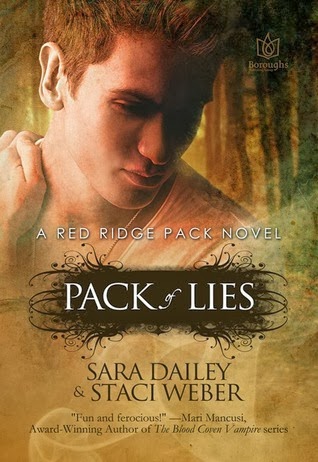 BLURB from Goodreads
The last thing Allison Wright ever expected when she moved to Red Ridge, New Mexico was to come muzzle to muzzle with the wolf of her dreams.Seventeen-year-old Allison Wright is convinced she’s losing her mind. Uncontrollable mood swings, hot flashes, and the urge to punch anyone who gets in her way are suddenly becoming everyday occurrences. Before her erratic behavior gets out of hand, Allison’s mother finally comes clean about her dark secret. Mom is a werewolf, and soon Allison and her brother Aiden will suffer the same fate. When Allison reaches her breaking point, the family leaves their life in Texas to move to Red Ridge, New Mexico where they rejoin the pack that Allison’s mother left behind almost 20 years ago.Unfortunately, not everyone in Red Ridge is thrilled about Allison’s arrival, especially when she attracts the attention of the very handsome, very taken, soon-to-be alpha, Cade Walker. Little does Allison know, her mere presence is causing a rift in a once unified pack. Not only has Cade been forbidden from being with Allison by his father, the pack’s alpha, Cade’s girlfriend, Kendall Stuart, will stop at nothing to get Allison out of the picture. Well on her way to becoming the next alpha’s mate, Kendall expects to rule the pack by Cade’s side even if it means teaming up with a rogue werewolf with an agenda of his own. Determined to get rid of Allison permanently, when Kendall and the rogue join forces, all hell breaks loose and no one in the pack is safe, especially not Cade and his true mate.

Goodreads Link to Pack Of Lies 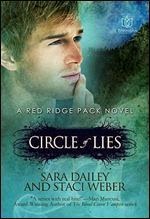 BLURB from Goodreads
Aiden Wright is trying to figure out who he really is, but the truth could cost him his true mate—or his life.Life has always been easy for Aiden Wright. He’s smart, athletic, funny, and the ladies adore him. But when tragedy strikes, Aiden discovers the truth about who he really is and his whole world comes crashing down around him. Aiden thought that being a teenage werewolf was going to be awesome, but it might just cost him the one girl who could make him whole.Since her mother’s disappearance, Teagan Rhodes’s life has been littered with her father’s empty beer cans and his hollow promises to change. Convinced that others would only let her down, she keeps everyone at arm’s length—but resisting Aiden’s charm is proving to be more difficult than she thought. Throw in a psychotic werewolf hunter out to terminate the species and one wrong move, one wrong decision could destroy everything.

Goodreads Link to Circle Of Lies

Both Sara Dailey and Staci Weber are avid readers, English teachers, friends, wives and soccer moms. They have been teaching together for the past ten years and writing together for six.

Born and raised in Houston, TX, Staci Weber is a graduate of the University of North Texas. Staci is a junior high school teacher with an addiction to reading romance novels. She considers herself incredibly lucky to have a close family, some good friends, a fabulous husband and two beautiful little girls.

Sara Dailey co-authored the Red Ridge Pack Novels with her good friend and co-worker Staci Weber. She has a degree in literature from U of H Clear Lake and is a graduate of The Institute of Children’s Literature. Sara is a native Texan and lives with her wonderful husband and son in League City, TX.

RULES AND RESTRICTIONS:
Contest is void where prohibited. Entrants must be 13 or else have parent or guardian’s permission to enter. Winners will be notified via email and will have 48 hours to respond  or another winner’s name will be selected. Winning entries will be verified for authenticity.

Tour Organised by YA BOUND