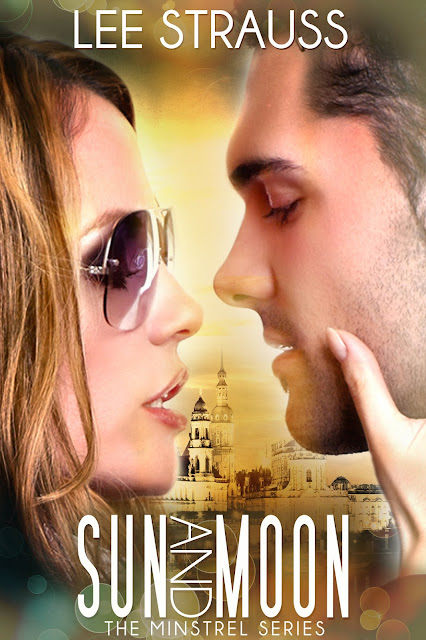 BLURB supplied by Lee Strauss
Katja Stoltz is a risk-taking singer-songwriter hoping to make it in the indie music scene in Dresden, Germany. Micah Sturm's a brooding uptown banker on a quest. Driven to the streets, Katja is picked up by Micah - but he doesn't want what she thinks he does. There’s an undeniable attraction between them, a gravitational pull they both struggle to resist. Katja knows she mustn’t fall in love with this handsome enigma. There’s something dark lurking beneath the surface. He could be dangerous. And even if her life isn’t on the line, her heart most definitely is.
*not erotica - no explicit sex or coarse language This series is an exciting collaboration between Lee Strauss as an Indie Author and several very talented Indie Singer-Songwriters. Four original songs produced by Norm Strauss are featured in Sun & Moon and are performed by award-winning Canadian singer-songwriter Kim McMechan. MP3 links are included at the end. Check out the music video!

All the songs from the Minstrel Series can be found at Bandcamp. The Minstrel Series also has its own Facebook page. Go Like it to follow all the upcoming Minstrel Series news! Pre- orders now available at the pre-release price of 2.99! (Price goes up after launch) itunes | kobo | Barnes & Noble

Lee is giving away prizes to celebrate the upcoming launch of Sun & Moon.
Enter to win a $50 Amazon gift card, MP3s of all four songs featured on Sun & Moon, and a 12 month calendar from Dresden, Germany featuring many of the settings found in Sun & Moon.

Lee Strauss writes romantic mixed genres set in the past, present and future for YA and adult readers. She also writes light and fun stuff as Elle Strauss. She divides her time between BC, Canada and Dresden, Germany, and enjoys drinking coffee and eating chocolate in both places. Find out more at www.ellestraussbooks.com.

INTERVIEW
What is your name, where were you born and where do you live now?
My name is Elle Strauss. I also write under the name Lee Strauss. I was born in Aurora, Ill and currently divide my time between British Columbia, Canada and Dresden, Germany.

When did you first consider yourself as a "writer"?
I think when I published Clockwise back in the fall of 2011 and it actually started selling!

Do you work another job as well as your writing work?
No, I work full-time as an Indie Author.

What is the name of your latest book, and if you had to summarise it in less than 20 words what would you say?
Sun & Moon, the first book in The Minstrel Series is releasing January 26.  It’s about a risk-taking singer-songwriter trying to make a go of it in the music scene in Dresden. On a down and out night, she’s picked up by a mysterious man who wants something, but not what she thinks.

How long does it usually take you to write a book, from the original idea to finishing writing it?
On average, I’d say I finish a rough draft in about two to three months.

What can we expect from you in the future?  ie More books of the same genre? Books of a different genre?
Book 2 in the Minstrel Series, Flesh & Bone, is scheduled for release this spring/summer. The 3rd book, Heart & Soul should be available next winter. Also a Christmas novella, Peace & Goodwill, will be out in November.

What genre would you place your books into?
The Minstrel Series is Contemporary Romance. The first three books and novella all take place in Europe, so it could be called international fiction. The characters are in their early to mid-twenties, so they could be classified as New Adult (but light on sex and swearing). They would also fit on the Women’s Fiction shelf.

How do you come up with the Title and Cover Designs for your book/books?Who designed the Cover of your books?
Sun & Moon is the name of one of the songs featured in the first book. I decided to use the this & that as a branding theme for all the books. The cover was done by Steven Novak. He does most of my covers and I love his work.

Do you choose a title first, or write the book then choose the title?
I always choose a working title, but sometimes I end up changing it.

What piece of advice would you give to a new writer?
Study your craft-you can’t read too many how-to books or blogs; read a lot, in all kinds of genres; write, write and re-write – and learn how to give and receive a good critique. I recommend new writers start at www.critiquecircle.com 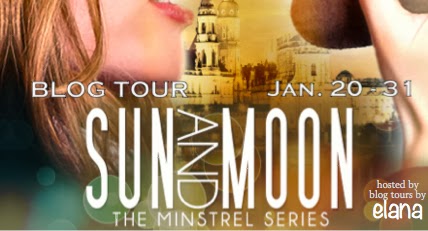