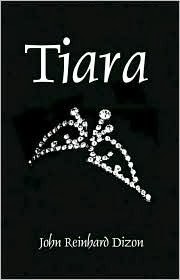 BLURB from Goodreads
Tiara is an action-packed, historical fiction, romantic thriller centering around the Good Friday Agreement in Northern Ire-land in 1998. The main female protagonist is Princess Jennifer of Edinburgh, a civil rights activist involved in the negotiations between the British government and the coalition groups in Ulster. She becomes an object of fascination to Berlin Mansfield, an international terrorist of Irish descent who is equally intent on attending the historic event as it transpires. The two eventually cross paths in a tale of intrigue and suspense with the future of a nation at stake.

Do you have a favourite character from your books? and why are they your favourite?
Berlin Mansfield and Princess Jennifer in Tiara are at the top of the list, which makes them my favorite couple by default. Mansfield is a consummate anti-hero. He comes from nobility though carrying the stigma of being an illegitimate child. He enters the world of terrorism to avenge his father’s death and gets trapped there through his genius as a chemical engineer. The more outrageous his fees, the more he is paid to stay in the game. He is fascinated by Jennifer and sets out on a vision quest to rescue her from kidnappers. Like Berlin, she has been constrained by her position of nobility. She has devoted her life to philanthropic causes and never had time for herself. When they meet, they discover their true selves and fall into a relationship that is doomed to failure.

Who is your publisher? or do you self publish?
Right now I’m at a crossroads as my publishers are doing little or nothing to promote the books despite the fact they are of the best quality on their shelves. I self-published The Bat and Tiara – 10th Anniversary Edition and am waiting to see how they do on Amazon. Right now there’s a stigma around self-publishing as the majority is produced by those who can’t write well enough to get a contract. I’ve got deals with eight different publishers, so I’ve earned my credentials. Whether an agent, a major label or a movie producer takes me to the next level remains to be seen.

How do you come up with characters names and place names in your books?
Lots of times I will research the names of cities and towns in the character’s country of ethnic origin for a cool-sounding surname. I’ll pull up boys and girls names within their ethnicity for a proper name. Pedigree is important to me, so my characters will sound very Irish, very German, very Serbian, and so on. In the case of Berlin Mansfield, that was a keeper. I wanted a name that sounded dark, exotic and very German…why not Berlin? I also wanted it to be a sexy name…can you think of anything hotter than Jayne Mansfield?

Do you basic plot/plan for your book, before you actually begin writing it out? Or do you let the writing flow and see where it takes the story?
For my new novel, Nightcrawler II, I decided Sabrina Brooks was going to go head to head with Chechen terrorists in NYC amidst their feud with the Russian Mob. I next decided on twins playing both sides of the fence, reflecting Sabrina assuming an alter ego. From there we had the standard crime elements of drug trafficking and action/adventure terror threats. As you can see, you keep adding to the structure until you’ve got a blueprint for your dream home.

How do you market/promote your books?
In this day and age, it’s all Internet until someone shows me otherwise. I avail myself of wonderful bloggers such as yourself, book review sites, and exchange reviews regularly with other writers. It’s all a question of getting your work into the right hands. A good agent, a major publisher or a Hollywood producer can change your life in a heartbeat. Everyone on this planet knows someone who knows a celebrity. You just have to get your book in their hands so they can pass it to the Dream Maker.

Are there any hidden messages or morals contained in your books? (Morals as in like Aesops Fables type of "The moral of this story is..")
The Bat is subtitled An Existential Fable. One of the subplots is NYC losing its religion and turning to philosophy for answers. Existentialism’s basic principle is what you see is what you get. Things are exactly what they seem, and when we start reading our own meaning into what we see, we fall victim to stereotyping and our own prejudices. The irony in the story is that most of the characters are engaged in deception, both of self and those around. The bottom line is, no matter how noble your own core values may be, they may not coincide with the world you live in. Contrary to public opinion, sometimes you can’t make a difference. The Bat features some people who die trying.

Is there a certain Author that influenced you in writing?
Franz Kafka has had the most profound effect on my writing in this century. His postmodernist technique is reflected in many of my recent works. We find extraordinary people with ordinary values placed in absurd situations beyond their control. They exceed expectations in overachieving their goal and greatly impacting their world, but often at great personal cost.

Do you think books transfer to movies well? Which is you favourite/worst  book to movie transfer?
I think any of my books would make great movies, and when it happens it will be the crowning achievement in my life’s work. I can’t imagine anything comparing to Joseph Conrad’s Heart of Darkness being translated into Apocalypse Now. The absolute worst was Stephen King’s horror classic Pet Semetary getting grated into the cheesy movie version.

Are there any New Authors you are interested in for us to watch out for? and Why should we watch out for them?
Elle Klass is an upcoming author whose debut novel, As Snow Falls, was one of the most uniquely-stylish pieces of work I’ve seen. Her first-person narrative through the voice of an anonymous character written without dialogue lines gave it an intensely intimate, almost haunting ambiance. I do dozens of reviews on new authors and hers really stood out. This is really a book worth reading for fans and writers alike.

If you could invite three favourite writers to dinner, who would you invite and enjoy chatting with?
I would want to spend a morning at the lake with Paul of Tarsus, an afternoon in the mountains with Carl Jung, and a night on the streets of Paris with Franz Kafka. They would be in perfect communion with their environment which would stimulate conversation that would change my universe forever.

OTHER BOOKS BY THIS AUTHOR 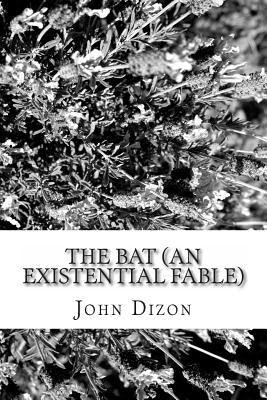 The Bat (An Existential Fable) is an action-adventure novel centered on the not-too-distant future in NYC as the Big Apple becomes the beacon of the world in the throes of the Great Recession. Existentialism becomes a philosophical alternative to religion in a city that has lost hope in the future. Crime is rampant as narcotic use has reached epidemic proportions, and vigilantes began to capture the imagination of the world press as they take a stand in the War On Gangs. Special Forces Captain Garrison is an Iraqi vet whose respect in the community is second only to that of Dr. Albert Coulter, the leader of the Outreach Project at the Harbor VA in NYC. Coulter hopes to counsel troubled vets to avoid a rumored network of ex-military taking part in the vigilante actions. Garrison is also concerned as some of his colleagues are being suspected of being among the key figures. The two men are drawn together in an uneasy alliance, both suspicious of the other’s ulterior motives. Deception is a theme that resonates throughout the plot as Brenda Hammond, the major female protagonist, joins the group as a grad student researching her thesis paper. She has an affair with Garrison’s close friend, Johnny Sullivan, who is unaware that Brenda is an undercover cop. Her mentor, Chief Joel Madden, has assigned her to infiltrate the alleged vets’ network though expecting her success to improve his successes at winning her heart. He assigns a team of detectives to keep watch over her, unaware that they are on the payroll of a Mafia family involved in a desperate rivalry with street gangs and drug cartels for control of the drug traffic in NYC. The characters are drawn closer and deeper into the drug wars as violence turns the streets of New York into a war zone. The plot thickens as Homeland Security agents are alerted to the discovery of an experimental drug developed for military use by a research team headed by Dr. Coulter. Traces of the drug are discovered in tainted crack that is causing a pandemic in ghetto areas. Coulter is being watched by not only HS but the NYPD as they work feverishly to track down the distributors of the superdrug. It is left to the mysterious Bat to solve the mysteries and help bring the predators to justice. 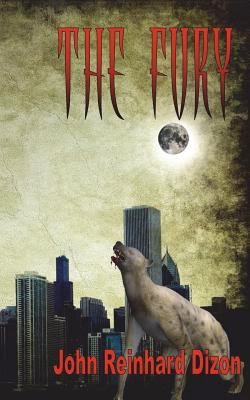 Bridgette Celine is a private investigator hired by a Mafia boss to keep tabs on his daughter, recently lured into a East Harlem clairvoyants' society. Bridge soon learns that the Society is a front for a murderous crack gang. Their network is empowered by a phantasmal hyena leaving death and destruction in its wake. Bridge soon finds out that this is all part of a centuries-old prophecy that reaches back to her own family roots. She comes face-to-face with her own dark heritage in uncovering a plot that may establish a Satanic kingdom in 21st century New York City. 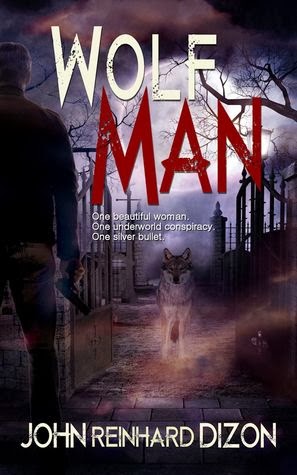 One beautiful woman. One underworld conspiracy. One silver bullet.Photojournalist Steve Lurgan returns from the War in Kosovo under an ancient curse and falls in love with a Serbian national in modern-day NYC. Jana Dragana’s career is being compromised by her drug addiction, but her exploiters end up as victims of a mysterious attack dog. NYPD detective, Darko Lucic suspects the murders are part of a larger conspiracy. It is the presence of Serbian Army Captain, Bojan Evilenko in NYC that makes him believe the answers lie in an underground network of human organ traffickers in this unique tale of intrigue and supernatural horror.