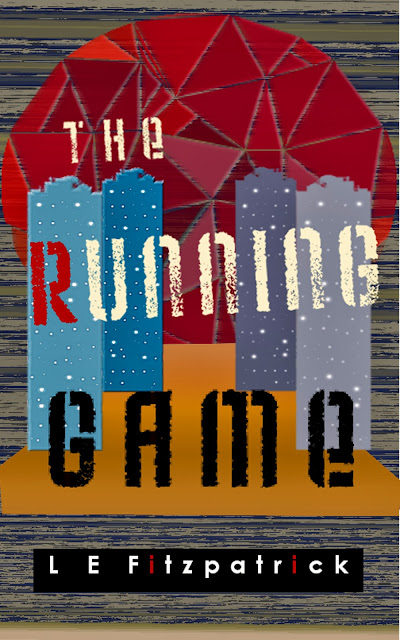 Rachel had let her guard down and they had found her. She could run now, leave the city and try her luck beyond the borders, but with no money and a dark secret to hide her chances of survival are slim.

But then she meets two brothers with a dangerous past and secrets of their own. Can they help her turn the game around?

This is the first installment of the Reacher series. Set in a grim and not too distant future, this urban thriller will keep you hooked until the last page. 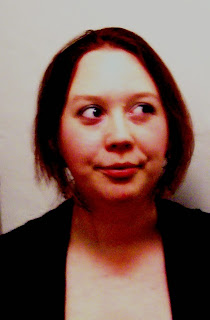 L E Fitzpatrick was born in Hull, East Yorkshire, but now lives in West Wales, with her family plus lots of dogs and cats. She manages an office, volunteers as a room steward for the National Trust and also supports independent authors as a proofreader and beta reader. She obviously has no spare time because of this, but if she did it would probably be invested in walking in the countryside and enjoying the peace and quiet.
L E Fitzpatrick published her first series Dark Waters in 2011 and is currently working on her Reacher series.

(a strange coincidence I was born in Hull too!)

EXCERPT
She arrived in S’aven a month after her seventeenth birthday. As she shuffled off the train at Trinity Station her head had been an onslaught of naïve ambitions and excitement. The convent was gone and she was free. Soon she would be with her sister and the world would be theirs. But it never happened. Her sister was killed and instead of liberation S’aven became just another prison; bigger, noisier and more dangerous.
As she waited in that same station, seven years later, watching the rats duel with the pigeons, she realised it would be the same wherever she went. The prison was countrywide because she was a prisoner on the run and that would never change. They blamed Reachers for everything, she was guilty by nature and no jury would ever say otherwise.
Police marched up and down the boardwalk, shining lights on those huddled around their worn suitcases or battered sacks. They checked the faces of the men and women, even the children, looking for fugitives. People only left S'aven when they had to, it was the cops' job to work out what they were running from.
She could see them questioning a couple, checking their bags over and over while the husband insisted they were just going to see family. His wife was pretty and the cops were enjoying making her squirm. They made the couple turn, press their hands against the wall. They only bothered to search the wife, laughing as her husband protested their innocence. She was smart though, she told him to be quiet – a quick feel was better than getting shot in the head.
“Do you want to know why we're leaving, because of this!” The husband yelled.
With other cops this would have been a step too far, but these two were in good humour. They released the woman, squeezing her backside as she gathered her things. Then they wished them luck – a couple like that were going to need it.
Then it was time to move on. Their flash lights darted about as they headed towards the end of the platform. They passed two men in suits. There was no talk, the men held out a roll of notes, the cops took it and moved on. Rachel sat away from them all, she rested her head back and closed her eyes as they started to approach. They never even looked her way.
The train was running late. There were rumours about insurgents commandeering the northern lines and taking passengers hostage. The longer the delays, the more people remembered what was outside the city walls. S’aven had civilisation and work and food. It was right beside where people still had money and the world still ran like it was supposed to. But outside the border, beyond the protection of the rational south there was so much unknown. Rachel stared at the arched exit out of the city; for her at least, it was the lesser of two evils.
She turned her head to the station entrance and that’s when she saw him hobbling around the platform. He balanced on the crutch and scanned the crowd just like the cops had done. His bloodshot eyes looked panicked, maybe even desperate. She knew he was looking for her, she just wasn't sure why.
Then he spotted her, seeing through her powers, seeing just her, alone. The connection was instantaneous, it was like staring at a long lost twin. And it had been so long since she had felt anything more than emptiness.
He made his way over. He looked tired, but relieved to see her.
“Mind if I join you?”