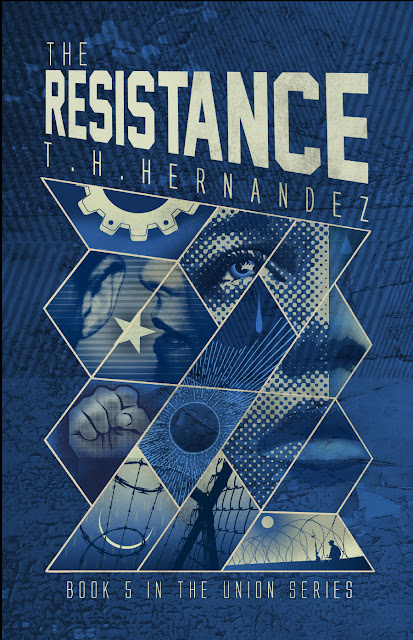 BLURB supplied by Xpresso Book Tours
After the Union is invaded by the Uprising, life for Evan and her friends becomes even more dire. If they have any hopes of saving the world they know, they’re going to need help. And it looks like there may be someone already out there trying to accomplish the same thing.


Now living in an encampment in the Ruins, life is hard for most Unis in the Resistance. For Cyrus and the other Ruins survivors, it’s just more of the same.

While they train for their ultimate mission, tragedy strikes, upending everything once again. Complicating their plans, someone in their midst is working against them. Evan, Cyrus, and the rest of the Resistance need to locate reinforcements to help them bring down the Uprising while rooting out the traitor. With trust at an all-time low, no one is above suspicion as danger walks among them. 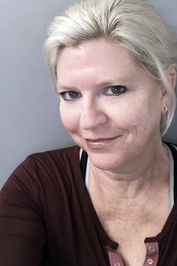 T.H. Hernandez is the author of young adult books. The Union, a futuristic dystopian adventure, was a finalist in the 2015 San Diego book awards in the Young Adult Fiction category.

When not visiting the imaginary worlds inside her head, T.H. Hernandez lives in usually sunny San Diego, California with her husband and three children, a couple of cats, and a dog who thinks he's a cat, affectionately referred to as "the puppycat."

EXCERPT
Evan
Draya stands in the middle of the holding tent that’s served as her residence the past couple of weeks. Her long wavy hair is piled high on her head in messy disarray as she directs her unblinking stare in my direction. Not for the first time this morning, I regret agreeing to participate. But since Draya and I are the only people in camp who were present during my interrogations, I let the others talk me into it. After all, I’m the one she tortured, the one who admitted to blowing up their camps—which we did do—along with a number of things we didn’t do. And if we didn’t do them, she either she made it up to throw me, or someone else out there is working against the Uprising, meaning we may have allies.
“So…what’s going on?” Draya asks, tilting her head to the side as if we’re inviting her to a picnic.
Mateo’s dark curly hair brushes the ceiling of the squat tent that’s barely tall enough for him to stand upright. A breeze from behind flutters the hem of my shirt, alerting me that the last member of our leadership council has arrived.
“Bring me up to speed,” Jack says.
“We waited for you,” Rainey says, her normally raspy voice even more so at this early hour.
Jack trains his attention on Draya for a few beats, assessing the situation as only a cop can.
Draya crosses her arms as her mouth twists into an arrogant grin. “Anyone care to enlighten me to the purpose of this party?”
“We need information,” I say. “When I was in your…custody, you asked me about attacks on the Uprising.”
Her bright blue eyes hold a defiance, sharp enough to slice through bone.
“I thought you said she was willing to cooperate,” I say to Cyrus, never taking my attention from the enemy before me.
Her head tilts in the other direction. “You haven’t asked me a question yet.”
Rainey moves her five-foot-nothing self forward until she’s in Draya’s personal space. Even without the scar cutting across her cheek to her jaw, she exudes power and authority.
Draya blinks and takes a step back then rolls her eyes. “I doubt I can tell you anything you don’t already know.”
“Let’s start with details of the attacks on the Uprising,” I say.
Her brows nosedive. “You’d have more information on that than me.”
“Just…” I let out a frustrated sigh. “Just tell us what happened from your perspective.”
She snorts and her gaze sweeps the rest of the leadership. “You don’t know, do you? Well, now, isn’t this interesting?”
“Draya,” Cyrus’s warns.
“I said I’d help, and I will, but I want something in exchange.”
Mateo crosses his arms with a relaxed posture that says he’s bored. The way he can project anything he wants is just one of the things that makes him such an important part of our leadership team. After spending years as a mercenary, we were able to recruit him to our cause. “You’re in no position to negotiate.”
Draya taps her finger against her chin. “Oh, I think I am. I have something you want, and I want out of this tent. I’ve been stuck in here for two weeks.”
My body trembles as if the ground beneath my feet is quaking. “Oh really?” The words fly from my mouth coated in the venom of my rage. “Your conditions are rough? How are you managing to get by without all the torture? That must really suck.” Cyrus puts a hand on my shoulder, but I shake him off. “And sleeping on a cot instead of a concrete floor in your own vomit and shit? Wow, that must be nearly intolerable.”
Some of the storm clouds brewing in Draya’s eyes dissipate before her shoulders slump, almost imperceptibly. “Fine. It was little things at first, like supply trucks missing inventory. We thought the drivers were making money on the side. But after investigating…we determined it wasn’t them.”
Investigating my ass. They probably tortured them to the brink of death only to find out they were innocent. Well, innocent of the crimes they were accused of anyway.
“Then a high-ranking Uprising leader disappeared.” Her gaze drifts to Rainey then Cyrus. “But after we’d lost a couple of commanders, it wasn’t completely unexpected. There was talk about the disappearances being connected.” Pressing her lips together, she glances at me. “That’s why I had to push you so hard about Cy’s location. A few days after the camp attacks, the leader’s body was found, throat slit, a hundred miles from where he was last seen.”
I glance up at Cyrus wondering if he knows about this. He gives me a quick shake of his head. “Go on,” he says to Draya.
“We were only days away from striking the Union when the camps were attacked. It was a huge setback, but they’d already placed so many people in the Union that they quickly came up with a backup plan.” She flicks something off her pant leg. “And you know the rest.”
“That’s a lot of superficial information,” Mateo says. “We need dates, locations, a list of everything that was taken from the supply trucks, where the leader was last seen, where he was found…”
Draya’s chin tilts up as a smirk tugs at the corners of her mouth. “I take it you don’t need details on the camp attacks.”
Mateo’s chest expands with each terse breath.
“Didn’t think so,” she mumbles but spends the next couple of hours answering questions. Unfortunately, she doesn’t provide much in the way of concrete details, something we desperately need. If we have any hope of taking down the Uprising, we’re going to need help.