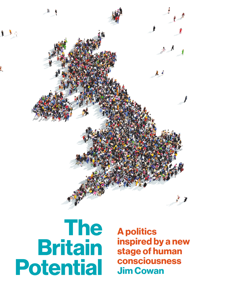 BLURB supplied by Publishing Push
Reading this is going to change how you see Britain, especially its politics. The way we are used to hearing about Britain`s politics is through the filter of our media. This book, however, delves below the surface to the underlying realities and from there a very different politics emerges. This is a politics which starts and ends with people realising their potential.
From Britain`s shifting political centre of gravity The Britain Potential pieces together a politics that is neither left nor right, is not of division and polarisation but is about integration, balance, and unity. It offers an entirely fresh, genuinely humanistic vision grounded in actual developments both historical and contemporary. This is a politics viewed as something at work in daily life which is not being reported in the media and that no political party has yet spelt out.
Told through stories, The Britain Potential helps readers take the pulse of the country and understand for themselves what `remedies` will be effective. It offers ways forward, and hope, for people newly interested in politics, the politically homeless, people dissatisfied with life in Britain, leaders and activists of all kinds, public servants, business people, and people in communities. People around the world, who look to Britain, should find much of interest.
Britain has enormous potential, but is it realising it? For too many the answer is no. This is a book about what it takes to realise that potential, as individuals, families, communities, organisations and as a country. The Britain Potential is in our hands. 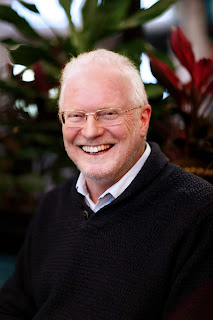 Jim Cowan has focused on political and social change in Britain for over 40 years.  Community development, encompassing many different roles, has been at the heart of his work from the early 70s until 2012.  Between 1968 and 2005 he acquired five social science degrees, including a PhD.  He was also an honorary visiting research fellow for 10 years up until 2016.  In his personal life, he has practiced a socially engaged form of Buddhism for over 40 years which has enabled him to develop his consciousness more fully and realise more of his potential.  Since 2012 he has been meticulously researching what has been, and is, happening across Britain. All these aspects, work, personal and social, academic study and research come together in this book; and it is these four voices of doing, thinking, being, and researching that you will hear as you read The Britain Potential.


GUEST POST
The Britain Potential: A politics inspired by a new stage of human consciousness
by Jim Cowan
This is a book about bringing more heart and true humanity about in Britain today and the part we can each play in doing that. Exploring potential also turns out to be a great way to make sense of what`s happening in Britain today. As one reader said to me, “The best book on social and political stuff I`ve read”. Here`s its starting point:

“Each time humanity has developed a more advanced consciousness we have changed how we do things, the kinds of organisations we have, and how government operates. That shift of consciousness has entered peoples’ lives changing how much potential has been realised. Compare the stifling of potential in the middle ages with the potential realised in the age of reason.
So is there a next generation Britain? Is a shift of consciousness occurring which will enable the country to move on from where it is today and for far more potential to be realised? By the time you finish this book, I think you will say yes there is.”

People kept asking me what I was writing. I found myself replying, “Britain is a country with huge potential, but is not realising that potential by a long way.” NOT ONE PERSON DISAGREED! Now that the book has been published, still no one has disagreed.

This book is helping readers navigate their way between stifling-potential-Britain and realising-potential-Britain.  We all experience the push and pull of these two sides to Britain.
“`Something` is bound up with our real lives, strengthens our sense of self, unites us with others, and treats us as being intelligent, autonomous, and free individuals. `Nothing` is trying to present itself as `something` but everything about it is contrived, mass produced, and essentially the same wherever and whenever. It does nothing for our sense of self, treats us as a consumer and a unit in a market. …`Nothing` is everywhere!”

Becoming more aware of how all that works means we can get ourselves onto more and more of the `realising potential` side of the equation. I show how these two experiences of Britain are running throughout the institutional and social fabric of the country, challenging us daily as individuals, families, communities, organisations, and in our politics. Exploring this notion of potential turns out to be a rich vein.
I associate Britain`s torn social fabric and 40 years of market thinking with a stifling potential side of Britain. My book gives details of 50 initiatives going beyond market thinking that are about the realising potential side of Britain.
But there`s a lot more going on.
Industrial revolution Britain led into welfare state Britain which led into market thinking Britain and which seems to be moving into a civil society Britain. In each of these cases the three major building blocks of the country: the state, civil society and business shifted in their power relationships with each other. Intrigued by this unique analysis of the country?
Chapter 7 spells it out and chapter 9 puts flesh on the bones of just how Britain seems to be moving out of market thinking and into one with civil society at the centre. It`s a vision no political party has been able to come up with. A key freedom today is becoming/being the person you know you can be: existential freedom. And it`s through `the arts`, faith, and all kinds of activism (with or without the internet) that people are growing their lives under their own resources, sometimes building new lives. This too is realising-potential-Britain. Civil society is where the country wants to go, irrespective of government.

But the real freedom we all can tap into is to develop our consciousness. And that is something no government or politician controls.
“…. we are not problems waiting to be solved, but potential waiting to unfold”