For fans of S.A. Chakraborty's City of Brass, Patrick Rothfuss' The Kingkiller Chronicles, and George RR Martin’s The Game of Thrones, this high concept medieval/high fantasy by Kelly Braffet is a deeply immersive and penetrating tale of magic, faith and pride. 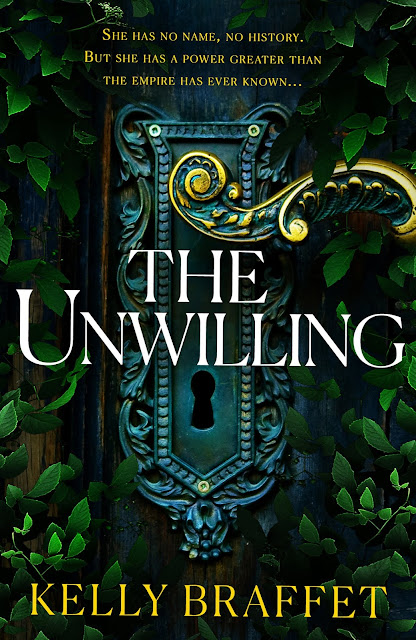 BLURB supplied by MIRA books
The Unwilling is the story of a young woman, born an orphan with a secret gift, who grows up trapped, thinking of herself as an afterthought, but who discovers that she does not have to be given power: she can take it. An epic tale of greed and ambition, cruelty and love, the novel is about bowing to traditions and burning them down.
For reasons that nobody knows or seems willing to discuss, Judah the Foundling was raised as siblings along with Gavin, the heir of Highfall, in the great house beyond the wall, the seat of power at the center of Lord Elban’s great empire. There is a mysterious--one might say unnatural connection--between the two, and it is both the key to Judah’s survival until this point, and now her possible undoing.
As Gavin prepares for his long-arranged marriage to Eleanor of Tiernan, and his brilliant but sickly younger brother Theron tries to avoid becoming commander of the army, Judah is left to realize that she has no actual power or position within the castle, in fact, no hope at all of ever traveling beyond the wall. Lord Elban--a man as powerful as he is cruel- has other plans for her, for all of them. She is a pawn to him and he will stop at nothing to get what he wants.
Meanwhile, outside the wall, in the starving, desperate city, a Magus, a healer with a secret power unlike anything Highfall has seen in years is newly arrived from the provinces. He, too, has plans for the empire, and at the heart of those plans lies Judah. The girl who started off with no name and no history will be forced to discover there’s more to her story than she ever imagined. 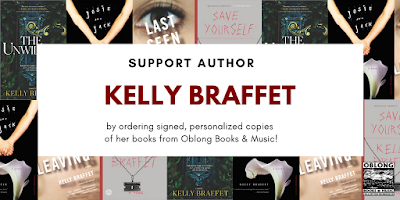 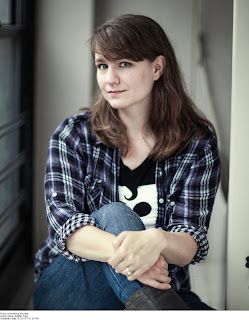 Kelly Braffet is the author of the novels Save Yourself, Last Seen Leaving and Josie & Jack. Her writing has been published in The Fairy Tale Review, Post Road, and several anthologies. She attended Sarah Lawrence College and received her MFA in Creative Writing at Columbia University. She currently lives in upstate New York with her husband, the author Owen King. A lifelong reader of speculative fiction, the idea for The Unwilling originally came to her in college; twenty years later, it’s her first fantasy novel.
Visit her at kellybraffet.com.


On the third day of the convocation, two of the Slonimi scouts killed a calf, and the herbalist’s boy wept because he’d watched the calf being born and grown to love it. His
mother stroked his hair and promised he would forget by the time the feast came, the following night. He told her he would never forget. She said, “Just wait.”
He spent all of the next day playing with the children from the other caravan; three days before, they’d all been strangers, but Slonimi children were used to making friends quickly. The group the boy and his mother traveled with had come across the desert to the south, and they found the cool air of the rocky plain a relief from the heat. The others had come from the grassy plains farther west, and were used to milder weather. While the adults traded news and maps and equipment, the children ran wild. Only one boy, from the other caravan, didn’t run or play: a pale boy, with fine features, who followed by habit a few feet behind one of the older women from the other caravan. “Derie’s apprentice,” the other children told him, and shrugged, as if there was nothing more to say. The older woman was the other group’s best Worker, with dark hair going to grizzle and gimlet eyes. Every time she appeared the herbalist suddenly remembered an herb her son needed to help her prepare, or something in their wagon that needed cleaning. The boy was observant, and clever, and it didn’t take him long to figure out that his mother was trying to keep him away from the older woman: she, who had always demanded he face everything head-on, who had no patience for what she called squeamishness and megrims.
After a hard day of play over the rocks and dry, grayish grass, the boy was starving. A cold wind blew down over the rocky plain from the never-melting snow that topped the high peaks of the Barriers to the east; the bonfire was warm. The meat smelled good. The boy had not forgotten the calf but when his mother brought him meat and roasted potatoes and soft pan bread on a plate, he did not think of him. Gerta—the head driver of the boy’s caravan—had spent the last three days with the other head driver, poring over bloodline records to figure out who between their two groups might be well matched for breeding, and as soon as everybody had a plate of food in front of them they announced the results. The adults and older teenagers seemed to find this all fascinating. The herbalist’s boy was nine years old and he didn’t understand the fuss. He knew how it went: the matched pairs would travel together until a child was on the way, and then most likely never see each other again. Sometimes they liked each other, sometimes they didn’t. That, his mother had told him, was what brandy was for.
The Slonimi caravans kept to well-defined territories, and any time two caravans met there was feasting and trading and music and matching, but this was no ordinary meeting, and both sides knew it. After everyone had eaten their fill, a few bottles were passed. Someone had a set of pipes and someone else had a sitar, but after a song or two, nobody wanted any more music. Gerta—who was older than the other driver—stood up. She was tall and strong, with ropy, muscular limbs. “Well,” she said, “let’s see them.”
In the back, the herbalist slid an arm around her son. He squirmed under the attention but bore it.

From opposite sides of the fire, a young man and a young woman were produced. The young man, Tobin, had been traveling with Gerta’s people for years. He was smart but not unkind, but the herbalist’s son thought him aloof. With good reason, maybe; Tobin’s power was so strong that being near him made the hair on the back of the boy’s neck stand up. Unlike all the other Workers—who were always champing at the bit to get a chance to show off—Tobin was secretive about his skills. He shared a wagon with Tash, Gerta’s best Worker, even though the two men didn’t seem particularly friendly with each other. More than once the boy had glimpsed their lantern burning late into the night, long after the main fire was embers.