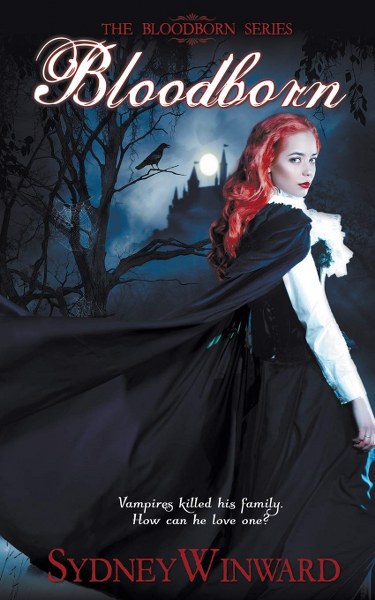 BLURB supplied by Silver Dagger Book Tours
Adam Degore's personal need to find a cure for vampirism drives him to ensnare a vampire, but the creature he captures is Dracula's daughter. Worse yet, he's drawn to her—a monster he's vowed to kill.

Despite her father's wishes, Willow chooses to live among humans instead of the vampire conclave where she would be safe. She wants a life filled with more than shadows. Being captured by a human, not to mention falling in love with one, is not part of her plan.


With vampires and blood hunters closing in on their chosen prey, Adam and Willow need to trust one another. But will that trust come in time for them to survive and find a future together?

BOOK TRAILER
ABOUT THE AUTHOR 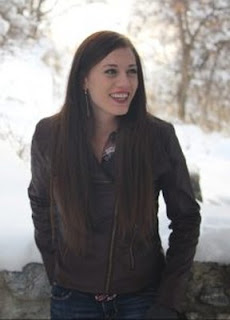 Sydney Winward was born with an artistic brain and a love of discovery for new talents. From drawing to sewing to music, she has loved to explore every opportunity that comes her way. At a young age, Sydney discovered her love of writing and wrote her first book at twelve years old, and since then, she hasn't been able to stop writing. Her active imagination and artistic mind take her away to different worlds and time periods, making every new story a fantastic adventure. When she is not writing (or fawning over animals in the neighborhood) she spends time with her husband and children at home in Utah. 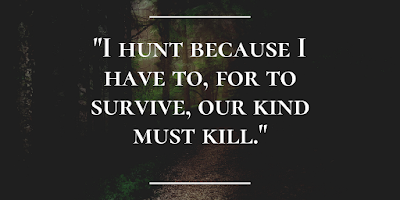 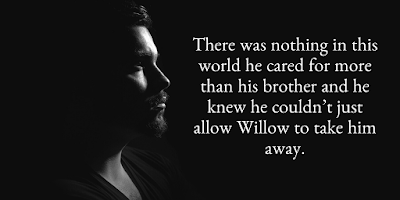 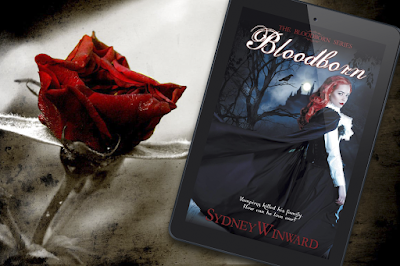 The sounds of a trickling stream turned into a raging waterfall, silver like the moonlight that waited to shine as dusk fell into something darker. The thunderous water was almost too much for her overly sensitive ears, but she would bear it. At least for a time.

The waterfall drew her nearer until she stood on the edge of the cliff, looking down. White spray shot downward into a pool far below. There was something…mystical about these waters. It looked too clear. Untouched. And she couldn’t tell where the water originated from. Higher on the mountaintop, perhaps? It almost appeared from thin air.

She took another step forward and hissed as the spray hit her skin, stinging her like a sharp needle. At first, she assumed a stabbing rock hit her, but learned the truth when the water left glaring red marks on her skin.

Her eyes widened as she realized where they were—the Throat of Druxix. The clearest, purest water in all the kingdom, uncontaminated by human hands. She had heard many stories about priests traveling days, weeks, even years to acquire the smallest vial of the water, assuming they knew the location of the falls. The water was coveted next to coin.

She snapped her head in Adam’s direction, only to find an iron sword pointed right at her breast. He betrayed her. He lied to her. He used her! And he played her for a fool. Somehow, she had allowed herself to hope that given enough time, something beautiful might blossom between them. She now understood it had been a vain hope, and she had been a fool.

She took a step back, away from him, putting as much distance between them as she was able.

“How could you?” she gasped, taking another step backward, but to back up much further would result in falling over the edge of the cliff and into the holy waters below. However, he was blocking her escape, a menacing sword close to penetrating her skin. Any false move would result in an iron sword through her heart. “How could you take me here?”

“I couldn’t tell you,” he answered, his voice thick with emotion. “It’s the only way. It’s the last thing I could do. For Zachariah.”

She felt numb. After everything that had happened between them, he still meant to kill her? But he was her mate. Mates were supposed to look after one another.

“Don’t do this,” she whispered, taking yet another step backward but stopping in her tracks when the roaring of the falls crashed into her ears like the loud toll of a bell signaling a vampire getting burned at the stake.

She would meet the same fate, except the only audience she would have was Adam and it was holy water instead of fire. She didn’t know which was worse. “I care for you, Adam. I want you to give me a chance.”

“I don’t have a choice. I need my brother back. He’s the only family I have left.”

Her heart ached badly, and she almost wished he would run her through with the weapon, finishing the deed. It might hurt less.

“I could be something to you,” she whispered in earnest.

His only response was to press the tip of his sword closer to her heart. “You’re a vampire, Willow. I’m a blood hunter. Why can’t you understand? This is the way things have to be.”

“No, it’s not! Past mistakes can be forgiven.”

He shook his head, his expression hard. “It’s time for me to end this.”

A tear escaped her eye and trailed down her cheek. “You want me to die?” If he asked it of her, she would do it. He was her mate. Mates looked after one another. They had the other’s best interests at heart. But he wasn’t a vampire, which was why choosing him had been a gamble.

“Your death will benefit no one at the moment,” he said. “I need to find a cure. Before the crusaders find Zachariah and kill him.”

“That’s what this is about? But Adam—”

Her words were cut off as the ledge crumbled beneath her feet. She screamed as she fell. But when she expected to be consumed by fiery water, he grabbed her hand and she found herself dangling precariously over the edge, silver spray soaking her hair and stinging her skin. The world stopped for a moment. Her legs dangled, and the only thing keeping her from death was the hand of a misled blood hunter.

He hesitated. Why did he hesitate?

She shrieked as the water burned her. Pins and needles.

“It was what I wanted! Is.” He emphasized the last word. “If you are cleansed, maybe my brother can be too! Willow, you can be cured.”

She shook her head as she desperately clung to his hand, her feet trying and failing to find a hold in the cliff face. Tears streamed down her face, their reddish tint staining her cheeks. “The only cure is death! Adam, if you do this, I will die.” 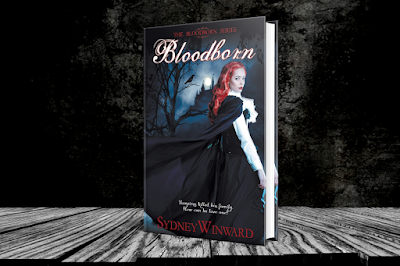