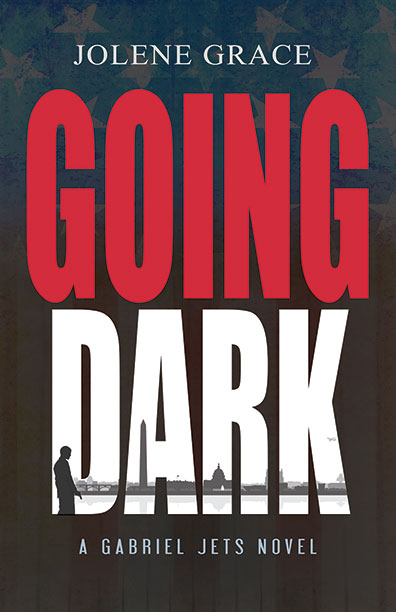 BLURB from Goodreads
Gabriel Jets is the CIA's top agent, a man with a reputation of getting the job done…no matter the price…A video depicting the kidnapping of four U.S. journalists working undercover in Damascus, Syria, has surfaced in U.S. journalist and prominent foreign correspondent, Amelia Sinclair’s inbox, and Gabriel Jets, CIA agent and one of the best, is dispatched to collect it.As he works to secure the video, the White House learns of a terrorist bombing in the central square of Damascus, which leaves 25 innocents dead. Soon, a link between the kidnapping and terrorist attack is discovered, with evidence pointing to Amelia Sinclair, who has direct ties to the missing U.S. journalists.Despite the evidence, Agent Jets can’t shake the belief that Amelia is being set up to take the fall for something far bigger than either of them. He goes dark, willing to abandon his orders to prioritize Amelia’s safety, along with tracking down the real person responsible for orchestrating a menacing ploy to draw the country into an international scandal and shatter the current presidency.Jets can no longer trust anyone, and the in the country he swore to protect, nowhere is safe. 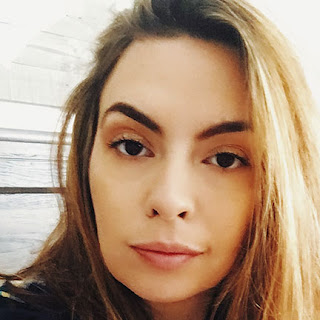 We at BHC Press are happy to interview author Jolene Grace today for JeanzBookReadNReview's blog. Jolene’s debut novel, GOING DARK, is in stores now, and introduces us to the main character and spy, Gabriel Jets.

Describe Gabriel Jets in twenty-five words or less:
Gabriel Jets is the type of agent, The Agency (the CIA) calls a cowboy. Not favorite of managers and not the type of guy who they will promote to the seventh floor ranks, but the type of man who can navigate the shifting waters of espionage in enemy territory.

Tell us a bit about your background as a journalist:
I began my journalism career early on in college, working for the school newspaper. At first I covered the Arts and Theater department, which exposed me to plays and musicals and I loved that, but I was yearning for more. With time, I stepped up and took on assignments others didn’t want to cover. The lessons I learned during these early formative years of my career I continue to implement in my life today. Later on, I was selected by CBS to participate in their internship program. In fact, I was invited to work on the foreign desk a spot that is usually never given to an intern. I was a member of an all women team, working around the clock day and night, since it’s a twenty-four seven operation, where I began to shape as a journalist. The producers and the talent didn’t care if I was an intern or new, they wanted help, they wanted answers, and it was up to me to deliver. My time spent on the foreign desk was life changing and transformative in countless ways. It was also during that time, the story of Gabriel Jets began to take shape. After graduation, I went on to work for the radio industry as a media manager, which involved a lot of traveling. And yes, I will always view myself as a journalist, I wear that badge proudly, but I’m forever grateful that I had the opportunity to transition into writing full time. Being in my office, creating worlds, danger and characters suits me well.

Were any of the events in the book based on real events?
Yes, the American/Iraq War and the Syrian Civil conflict, both serve as a backdrop story in Going Dark. The raw footage of the front line I was exposed to during my time on the foreign desk gave me a better understanding of what our military and intelligence officers were and continue to be against. Amelia Sinclair is also inspired by the foreign correspondents I crossed paths during my time at the network, though no one specific. Once I began to write, Gabriel Jets showed up organically, as if he had been waiting for me to finally sit down and write his story.

Tell us a little about your writing process and how you approached designing the characters and the world in the series.
I approach my books the same way I approached an assignment. Research. I have an idea for a book, usually a conflict, then I begin to hunt for information and books on the topic. For example, I read twenty plus books before I felt confident that I had enough there to flesh out a plot that could be engaging to the readers. As far as writing goes, I am a mix between an outliner and let’s get through the first draft. What I mean by that is I will have a simple outline, somewhere, usually on a yellow legal notepad, I have boxes of them in my office, but I also like to allow myself to sit down and write, not limiting myself and the story. One thing I tell myself, keep writing until the story is done, I can always go back and change whatever I don’t like, which also happens to be one of the things I love most about writing. The freedom of it.

What literary spy would you say Gabriel Jets is most like and why?
This is a tough one. Looking back on when I was shaping him, I don’t think I wanted him to be like other spies, but his personal code of honor was inspired by Leroy Jethro Gibbs, from NCIS, my guilty TV pleasure. They share that non sense attitude and rely first on yourself.

Who are some of your favorite authors?
Joseph Kanon (The Defectors, The Accomplice, Leaving Berlin), John Le Carre (A Spy Who Came in From The Dead, Agent Running in the Field,) Daniel Silva (Gabriel Allon series), James Patterson (Alex Cross series only), John Grisham (legal thrillers).

What’s in store next for Gabriel Jets?
In Book II Gabriel Jets is in exile in Afghanistan, faced with a deadly enemy who wants to see him personally destroyed.


And Jolene Grace also kindly answered
some of my Interview Question's too!

Do you use a pen name? And why?
My pen name is Jolene Grace and I chose to have a pen name because I still want to keep aspects of my life private. Having a pen name makes that job a little easier. Plus the idea of being someone else for a day has always intrigued me.

What or Who inspired you to start writing? And how long have you been writing?
Some of the writers I hold dear to my heart and credit them with fueling my writing career are: John Le Carre, John Grisham, Daniel Silva, Brad Thor. There are others too but these are at the top of my list. I have been writing since I can remember. I started off writing short stories that I read to my dolls, eventually, my characters become more complicated, the plots more twisted and the number of pages longer. After working in the journalism industry for ten plus years, I retired to my personal office and wrote my debut novel Going Dark.

Have you ever read a book more than once? And if so, what was it?
I generally don’t believe in reading books more than once. I’m afraid the magic will be gone if I read a book for a second time. However, the only book I have read more than once is Joan Didion The Year of Magical Thinking, it’s a self-exploration of lost and grief and saying goodbye to those we love the most even when we are not prepared do so.

Where do you get your inspiration to write your books?
Inspiration for me, comes in many forms and at times when I least expect it. For instance, I can be sitting on a plane with my family and my inspiration begins by asking ‘What If…’ then an internal dialog begins where I go through a series of questions and I come up with the answers. It’s exciting and I have to write the idea down immediately, so I have trained myself to always have a notebook and a pen nearby.

How do you come up with the title(s) for your book(s)?
Going Dark is a term used by the military when they have to cut off all communications during a high stakes operation to preserve the integrity of it and to protect their location. In general, I try to think of book titles that are catchy and short, easy to remember, but represent what my book is about.  The book title always comes first when I sit down to write the first draft. I don’t know why, but I visualize the title and the cover of the book and that helps me dive in.

What genre would you place you book into?
Going Dark is a spy thriller, suspense, which is my favorite genre to read. When I wrote the book, I was searching for a book that would excite me, surprise me and keep me on the edge and I wasn’t finding anything that fit the bill, thus I ended up writing Going Dark with all these elements in mind.

Do you have plans for a new book? Is this book part of a series?
The Book II in the Gabriel Jets series is completed. And I’m excited to share the title with your readers - 'Whispers.’  The book takes the reader on a journey to Afghanistan. Jets has been forced out of the CIA and is operating under cover in Afghanistan, overseeing a secret government drone program taking one by one high value targets deemed by the U.S. government to be too risky to handle by any other team.

Who is your favourite character from GOING DARK and why?
Robert McKaine is the chief of staff to President Delay. He was meant to be a secondary character but his story line kept developing, putting up fight for more space on the pages. Eventually, I obliged and allowed this character to go for it. In the end, he became one of my favorites, for his tenaciousness and willingness to go against the grain. A little secret, he comes back in Book II and Book III.

Do you, basic plot/plan for each individual book in the series, before you actually begin writing it all out? Or do you let the writing flow and see where it takes the story?
A little of both. I usually write down the idea of the book, like a blurb, then I write a basic outline that I really don’t follow, but it’s a starting point. Once I sit down and begin to work on my manuscript, I let the characters dictate the action of the book. I like the flow and flexibility of letting your creative voice create without hard restrictions. That comes in the editing phase.

Did you have to do a lot of research for your series?
My professional background is in journalism and I approach my book plots like assignments with a lot of research and interviews. I make frequent trips to the library and I buy books too that will help me shape my characters to give them credibility that is essential in this genre. I usually reserve six months of the year to research the topics I want to tackle in my books before I begin the write.