BLOG TOUR - NEVER DATE A DOCTOR BY MELANIE A SMITH 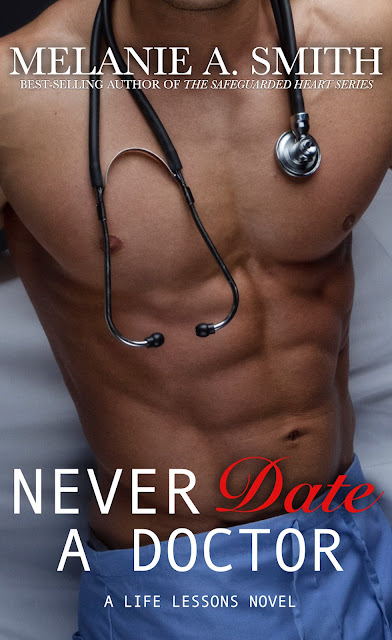 BLURB supplied by Xpresso Book Tours
What’s the first rule of nurse’s club? That’s right: Never date a doctor. Which Sasha Suvorin has no intention of doing anyway, since she’s a nurse at Rutherford Hospital by day and working on her master’s degree by night. Who has time for dating, much less dating someone you work with? Bad idea much?

That is, until the sexy British Dr. Caleb Thompson starts at her hospital. It also doesn’t help that he’s exactly her type with his dark hair, blue eyes, and rockin’ bod. Or that he’s not your typical arrogant and bossy surgeon. But Sasha isn’t so easily convinced, and she soon discovers Dr. Hottie has a past that puts a stop to whatever she might have been feeling before anything ever starts between them.

Unfortunately, working together means facing temptation. Every. Single. Day. Is Sasha strong enough to resist what might just be the perfect man? And if she gives in, will Cal’s past stay in the past? Sasha may be used to playing it safe, but life has a way of teaching its lessons … one way or another. 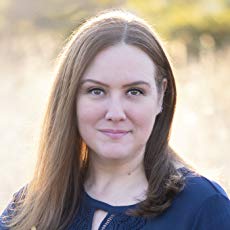 ​A voracious reader and lifelong writer, Melanie’s writing began at a young age with short stories and poetry. Having completed a bachelor of science in electrical engineering at the University of California, Los Angeles, and a master’s in business administration at the University of Washington, her writing abilities were mainly utilized for technical documents as a lead engineer for the Boeing Company, where she worked for ten years.

What is your name and where do you call home?
I’m Melanie A. Smith and right now the Dallas-Fort Worth area of Texas is home, though I only moved here a year ago. Before that I was in the Seattle, Washington area for fourteen years, which I really think of as home.

Do you use a pen name? And why?
I do not use a pen name. There’s nobody I’m trying to hide this part of me from, and I have other ways of ensuring my privacy. But mostly, I think authenticity is an important part of being an author, and that’s harder to achieve with a pen name, in my opinion.

Have you ever read a book more than once? And if so, what was it?
As an avid reader with too many favorites to list, I’ve read many books multiple times. The one I’ve probably re-read the most, as it’s my all-time favorite, is The Hobbit (Tolkien). Reading romance is a more recent thing for me; my first love was fantasy.

What’s the best advice that you have been given when it comes to writing?
There's one piece of advice I've heard about writing that I've also heard in many other contexts. Because it's universally true. When there are so many things to do that it feels like it's overwhelming to even start, make a list, and just do one thing at a time. Even if you only do it for a few minutes a day, doing something will get you closer to your goal every day.

Do you have any hobbies that aren’t related to reading & writing?
For sure! Some usual ones like cooking, baking, and watching movies. Some less common ones like cross-stitching and cake decorating. And others that I don’t get to do as much as I’d like anymore like hiking and traveling.

Do you have plans for a new book? Is this book part of a series?
Absolutely! This is the first book in a series, though each can be read as standalones. Books two and three will be released this year, and I have a slew of other titles in the series in work.

Are there any book covers you would change?
I literally just changed every single one of my covers. When I started, I wasn’t a heavy romance reader, and I didn’t pay much attention to how much a cover really does matter in romance. Don’t get me wrong, I really loved my original covers, but they were a little too abstract. Unfortunately, that didn’t clearly communicate that the contents were romance, and steamy romance at that, so they all got switched to the type of cover I swore I’d never do – hot guys with abs. But I gotta say, I love the new covers too!

Do you have a “Dream cast” in mind for any of your books?
I went to college in Los Angeles and dated a filmmaker for a few years, which means my brain is pretty much wired to start casting books as soon as I read/write them. So yes. For pretty much every book. Though I try not to share my own ideas of who the cast would be, as part of the fun for the reader is to picture the characters how you want!

Do you ever base book characters on people you know?
Definitely, though to varying degrees. I think it’s natural to incorporate elements of people you know, and yourself, for that matter, into characters. The trick is never to admit who they’re based on and always leave people guessing in a “You’re So Vain” kind of way. ;)

How did you get your ideas for Never Date a Doctor?
The core idea started when I had some blood pressure issues last summer (I swear I’m not that old. Turns out a pickle addiction is bad for your blood pressure. Who knew?). In any case, I ended up at a cardiologist’s office. And the cardiologist was ridiculously attractive. My writer brain started working on that immediately, and the idea grew from there!

How did you choose the “Life Lessons Series”?
One of my first ideas for the first book was to introduce an impediment to the main character getting together with her love interest. And while workplace romances aren’t always forbidden by policy, I think most people know it’s not always the best idea. I can attest to that personally. In any case, it got me thinking about how in real life we have all these lessons, that we usually have to learn the hard way, but the joy of the romance novel is subverting reality. In other words, all those guys you know you shouldn’t date in real life you can totally “date” in fiction. But that doesn’t mean my characters don’t learn lessons. They’re just not the ones they expected.

Did you have to any specific research for Never Date a Doctor? If so what/how did you do it?
I took all of the undergraduate classes required for medical school, and my older brother is a surgeon, so between that and my recent experience actually undergoing various cardiac tests, I already had a pretty good handle on the general hospital/medical topics. I did have to do some light research on the specific duties of each type of hospital job included, which I actually enjoyed. I’ll say this book was the least weird research I’ve had to do, and it’s purposely pretty low-level on anything technical.

Do you, basic plot/plan for each individual book in the series, before you actually begin writing it all out? Or do you let the writing flow and see where it takes the story?
I do go in with a plan, but the wonderful and maddening thing about creating dimensional characters is that sometimes they take you unexpected places. So I often have to have a loose outline of the major things I want to happen, then attempt to steer the characters there. Attempting to plan the nitty-gritty doesn’t leave room for anticipating how a character would really react to something, and I never want to force a plot at the expense of authentic emotion.

What can we expect from you next and in the future?
Book two of the Life Lessons Series will be here in May! It follows one of the best friends of the main character from Never Date a Doctor and will have a bad-boy love interest (one of my favorite tropes)! After that, book three will jump to the other best friend from NDaD, heading into another favorite trope of mine – billionaire romance! So even though this is primarily a medical romance series, I intend to do something a little different in every book. In other words, there are lots of fun surprises to come!
AUTHOR LINKS
Website
Instagram
Facebook
Goodreads