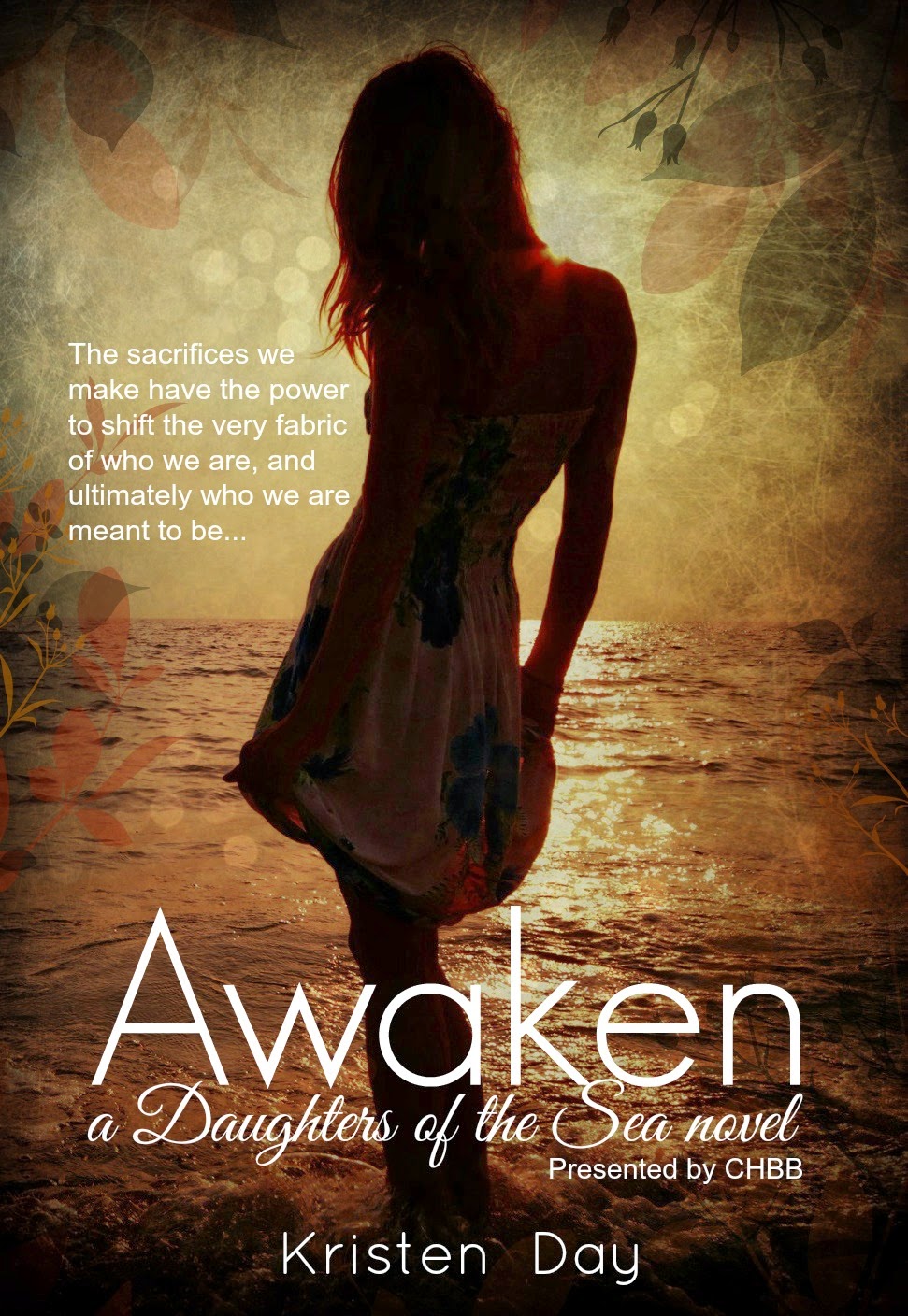 BLURB supplied by Girls Heart BooksTours
The sacrifices we make have the power to shift the very fabric of who we are, and ultimately who we are meant to be…
After learning of her true destiny as the intended Leader of the Tydes, Anastasia Whitman must now embark on a perilous quest to the Underworld before the age of eighteen in order to plant the seed of immortality and complete her essence to become a true Sea Goddess. But before she can make her legendary journey, an unexpected new student transfers to Lorelei; initiating a sequence of events that will unravel Stasia’s new life, and test the boundaries of her relationship with the mysterious, dark, and sexy Finn Morrison. The line between the Underworld and the Living begins to blur as gruesome ghosts, morbid reveries, and pure evil haunt her waking hours as well as her sanity. Once the details of Finn’s own startling destiny are revealed, the dangerous secrets he’s been hiding will threaten the very love Stasia believed to be indestructible. As time begins to run out, she will be forced to choose between the one she loves and the destiny she cannot escape. 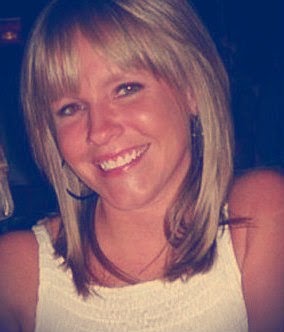 I am a southern belle at heart with a crazy streak that desperately tries to escape at every opportunity. I love all things nostalgic, rustic, and quirky. I've been told I see the world through rose-colored glasses, but I prefer to think of them as kaleidoscope glasses - swirling and morphing reality into something I can digest (who hasn't pretended those pasty lima beans were really kiwi strawberry jelly beans?).
I am the author of the DAUGHTERS OF THE SEA trilogy, which includes FORSAKEN, AWAKEN, and CHOSEN (Winter 2012). I love all books, but really enjoy writing young adult, paranormal romances. I've loved to write for as long as I can remember. My first published work was my poem RED in second grade (you guessed it - it was a poem about the color red - life altering, I know) that won me 5 gold stars and a spot in my elementary school's poetry book. That's when my addiction to the written word officially began. I was the only kid in fifth grade that actually enjoyed diagramming sentences. Go ahead and laugh – it’s okay.
When I'm not writing I'm making jewelry, painting, drinking sweet tea, watching the discovery channel, or going on random adventures in the mountains of North Carolina with my amazing husband. I graduated from Appalachian State University and dream of becoming a full time novelist.
AUTHOR LINKS
Website: http://www.kris10-day.blogspot.com/
Twitter: https://twitter.com/kris10_day
Goodreads: http://www.goodreads.com/author/show/179153.Kristen_Day
Pinterest: http://www.pinterest.com/kris10day/dughters-of-the-se-series/
Facebook: https://www.facebook.com/DOSTrilogy 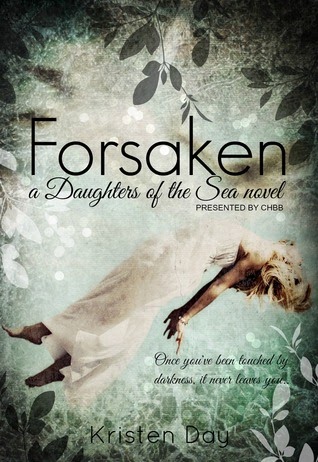 BLURB from Goodreads
Once you’ve been touched by darkness, it never leaves you…Abandoned by her parents as an infant; seventeen year old Hannah spent her childhood wading through countless foster families until being adopted by the Whitmans three years ago. Unfortunately, Atlanta’s high society wasn’t quite ready for Hannah…or the strange events that plague her.Chilling visions of murder, unexplained hallucinations, and a dark, mysterious guy who haunts her nightmares all culminate to set in motion a journey of self-discovery that will challenge everything she’s ever believed; not to mention her sanity. Sent to live at The House of Lorelei on Bald Head Island, NC for ‘kids like her’, Hannah quickly realizes things are not what they seem. Her fellow ‘disturbed’ teens are actually the descendents of mythical Sea Gods and Goddesses. And so is she.But when Finn, the ghost from her dreams, appears in the flesh; her nightmares become reality and her dark visions begin coming true. Inexplicably drawn to him, she can’t deny the dangerous hold he has on her heart. The deadly secrets he harbors will ultimately test her courage and push the boundaries of her love. She must decide if she is ready to embrace the ancient legend she is prophesized to be a part of. The fate of all the descendents will forever depend upon it.

This series is certainly on my "Want To Read" List . . .I feel the covers raw you in and the blurbs just re-enforce that drawing in making you want to know more about the characters. I love, love,love the byline on the new cover of Awakened too! 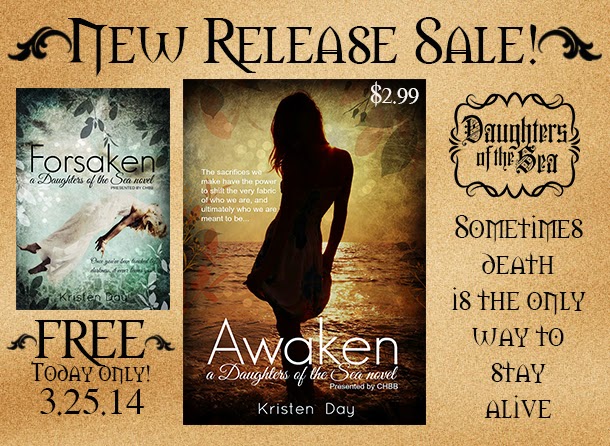 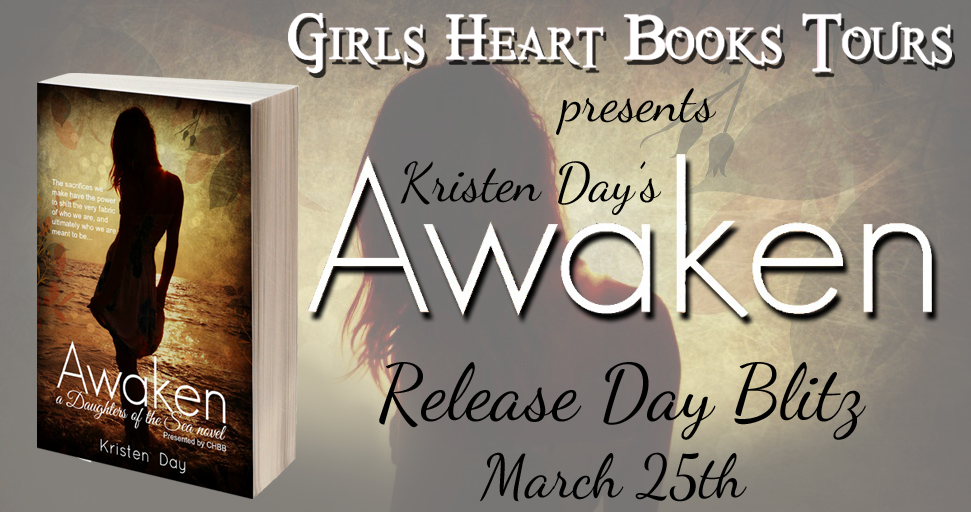