BOOK PROMOTION & GIVEAWAY - FAR FROM YOU BY TESS SHARPE 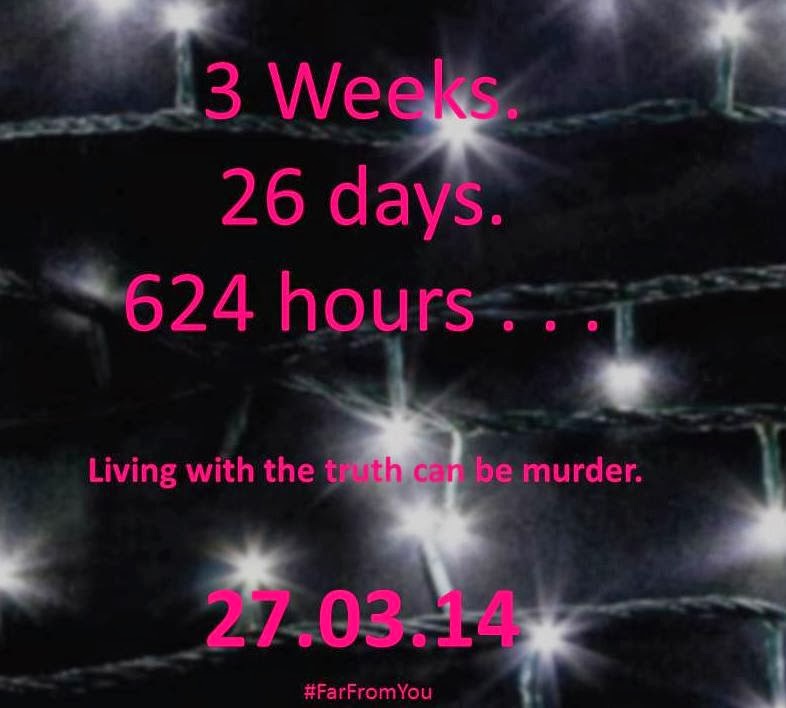 Nine months. Two weeks. Six days …
That’s how long recovering addict Sophie’s been drug-free. Four months ago her best friend Mina died in what everyone believes was a drug deal gone wrong - a deal they think Sophie set up. Only Sophie knows the truth. She and Mina shared a secret, but there was no drug deal. Mina was deliberately murdered.
Forced into rehab for a drug addiction she’d already beaten, Sophie’s finally out and on the trail of the killer. But can she track them down before they come for her?
Far From You will be out where all books are sold on the 27th March. We know that seems like a long way away, but we will be bringing you more teasers, extracts, competitions to help pass the time!
In the meantime, tell us what you think of the cover!
Well I'm certainly looking forward to this one what about you?
So as an added surprise if you are from the UK and comment below you will be entered into a Giveaway for a Proof Copy. The Winner will be drawn randomly 20 days from now. So the Winner will be drawn 21st March.