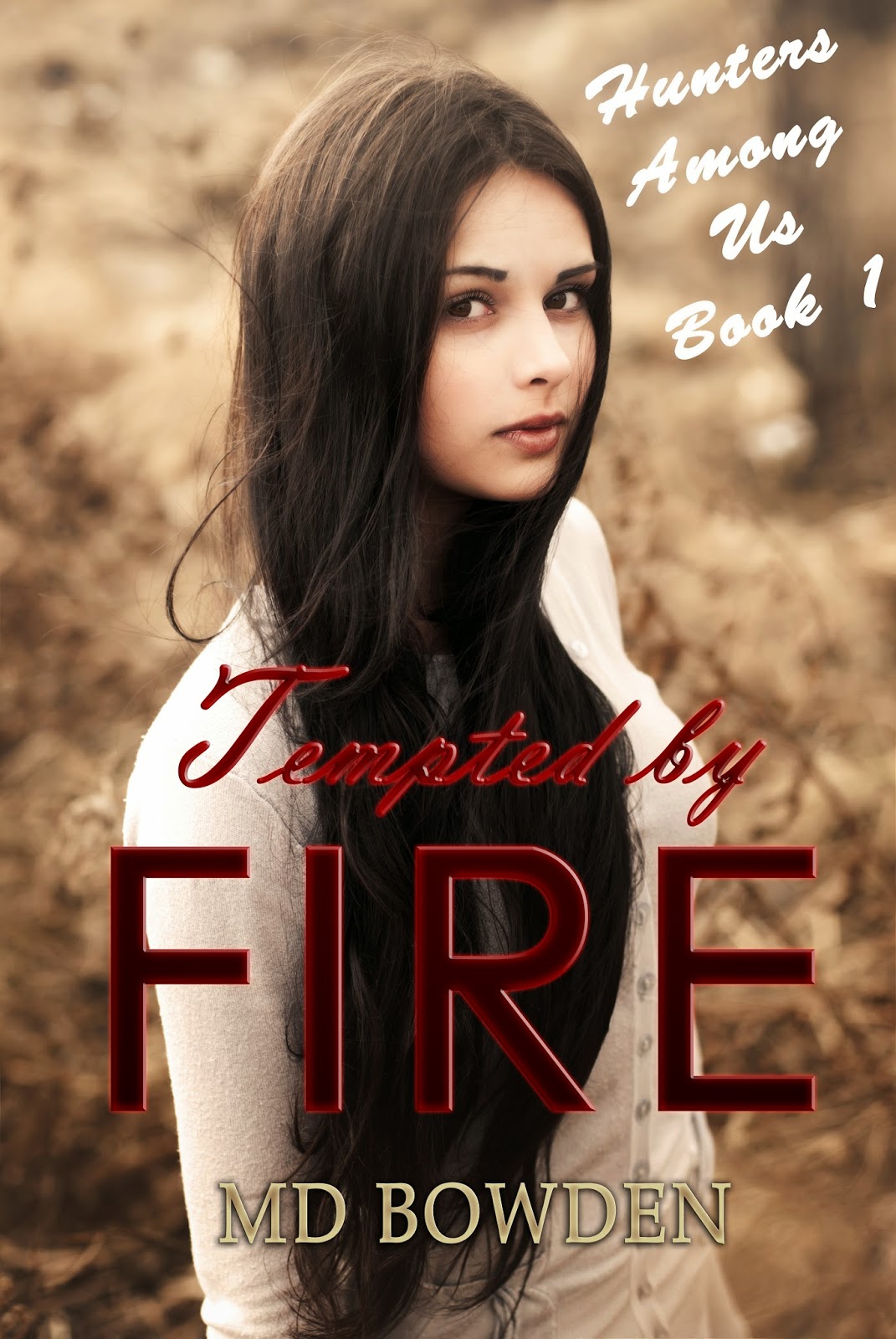 BLURB from Goodreads
Eighteen year old Erin Lustleigh is just starting university. She has no idea she's about to plunge into a world with werewolves, vampires, ghosts and, of course . . . hunters.Erin's journey is one of heart ache, new experiences and dangerous dilemmas. She finds herself torn between sides, not knowing who to believe, or who to trust. 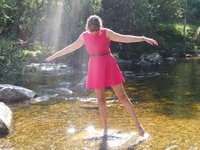 What is your name, where were you born and where do you live now?
Hi, I am M.D. Bowden (the M.D. stands for Mandy Diane).  I was born in Barnstaple, Devon and now live on the edge of Dartmoor (both in England).

Did you always want to be a writer? If not what did you want to be?
No, I haven’t always wanted to be a writer, although when I was a teenager I remember wishing I could publish my diary, like Anne Frank. The main careers I considered (there are a lot!) are forensic pathologist (X-files influence!), doctor, volcanologist, palaeontologist and dietician.  Before I decided to write novels I wanted to be a science writer, as, regardless of my love of reading, it hadn’t even occurred to me to do something non-scientific!  I only decided to write books when I discovered you could self-publish for kindle.  That was just over a year ago, when I was about to finish my degree in science.  I decided I’d give writing a year before trying to get a ‘real’ job, but writing is going quite well so I plan to stick at it!

When did you first consider yourself as a "writer"?
That’s a tricky one.  I would have called myself a writer from the very moment I started writing my first book, although I wasn’t sure the term was justified.  I feel I can justify calling myself a writer now that I’ve published quite a few books and am making a living out of it.

Did it take a long time to get your first book published?
24 hours!  That’s how long it takes to publish on kindle.  I’ve never tried to get a traditional publishing deal, as whenever I’ve read about it I always get put off by how long it’s supposed to take, and how little money you’re supposed to make.  I might try it one day though as I would like to see my books in traditional book shops, not just online.

Do you work another job as well as your writing work?
No, although it feels like I do as I have two young kids.

What is the name of your latest book, and if you had to summarise it in less than 20 words what would you say?
My latest release is ‘Tempted by Fire (Hunters Among Us, Book 1)’.  Hmm, a less than twenty word summary, here goes. . . .  It’s about a girl going to a London uni.  She’s about to become a vampire hunter, but doesn’t know yet!

How long does it usually take you to write a book, from the original idea to finishing writing it?
Most of my books are long novellas/short novels, and take 2-3 months.  Editing tends to take approximately the same amount of time as writing the book itself.

Which of your books were easier/harder to write than the others?
I think the easiest book I’ve written was ‘Dark Love’—the third book in ‘The Two Vampires’ series.  I was on such a flow and just went with it!  The book I found hardest to write was ‘Bell Stone: Gateway to Faerie II’.  I think this was because it was set in the land of Faerie.  I found writing about a different world hard—it really stretched my mind!

Do you have plans for a new book? Is this book part of a series?
I finished the first draft of ‘Hunters Among Us, Book 2’ yesterday!  After I have edited and released it I plan to write a third book in the ‘Hunters Among Us’ series.

What genre would you place your books into?
Young Adult fantasy/paranormal romance.

Do you have a favourite out of the books you have written? If so why is it your favourite?
Hmmm, either ‘Tempted by Fire’ or ‘Gateway to Faerie’—both completely different books!  ‘Gateway to Faerie’ is rural fantasy, and the longest book I’ve written.  It is set locally, and the product of a gradually building idea in my head, making a valley I love to walk in come to life with dark ideas.  ‘Tempted by Fire’ is more like the books I like to read myself—teen girl, city, college, vampires and romance!

If you had to choose to be one of your characters in your book/books which would you be? and why?
Erin Lustleigh, from my ‘Hunters Among Us’ series, as she lives in London and I love London!  Also she’s pretty powerful and I like her love interest as the story progresses.

Where do you get your book plot ideas from?What/Who is your inspiration?
The depths of my mind, although what’s in there is very much influenced by books and tv shows I have loved, for example—Buffy, Vampire Diaries (books and show), Garth Nix’s Abhorsen series, Trudy Canavan’s Black Magician series, Terry Brooks’s Shannara series, Lord of the Rings and Harry Potter.

Do you have a certain routine you have for writing? ie You listen to music, sit in a certain chair?
Yes, I must be somewhere quiet where I will not be interrupted.  If I’m at home I write on my computer, if out I write on a pad and type it up later.  I write 2000 words a session.  I never ever write at a table or desk.  I write in bed, on the sofa, in the car, or if the weather’s nice (which considering I live in England isn’t very often!) I love to write outside.

Do you gift books to readers to do reviews?
For the first time ever I have done this for ‘Tempted by Fire’ although as yet the people I’ve gifted the book to haven’t reviewed it.

Do you read all the reviews of your book/books?
Yes!  I check daily for new reviews.  Good reviews are one of the best things about writing.  I love it when someone has enjoyed my book enough to share it!  I try not to be upset by bad reviews, and to learn from them, although this is often tricky as everyone has such different tastes.  For example I’ve had reviews from different people, on the same book, where one person says it’s ‘amazingly written’ and one person says it’s ‘poorly written’, one person will say ‘fantastically developed characters’ where another person will say ‘no character development’.  It’s a minefield.

How do you come up with the Title and Cover Designs for your book/books?Who designed the Cover of your books?
Titles are hard!  I generally don’t decide on the title until I’ve finished writing the book, and at that point I brainstorm ideas that are related to the content until I come up with something that I think sounds good and will give people a decent idea what the book’s about.  I do my own cover designs, using stock photos and Photoshop.  I do You Tube tutorials when I can’t figure out how to do something!

Have you ever suffered from a "writer's block"? What did you do to get past the "block"?
Not yet!  Sitting down to write in the first place is the hardest thing, but once I’m in front of the computer I can always write something, although sometimes the writing flows more quickly than other times.  If I’m slowing up I decide I need to think through where things are going, as it’s usually because I’m coming to a bit I haven’t planned.  When I’m working on a book I usually do a loose plan, and only add details when I’m getting into difficulty.  I find the key to not getting writers block is to ‘try’ not to worry about what other people will think about what I’m writing, but to write what I want to and worry about whether or not it works later!

What piece of advice would you give to a new writer?
Just sit down and write, and don’t worry about what people will think!