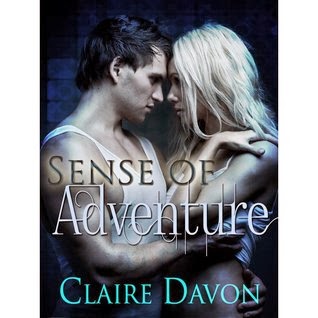 BLURB from Goodreads
Hunter is an extreme sports man. Gina is afraid of life. When these two meet, the chemistry is clear. Will their attraction overcome the odds or will their history defeat them? Together will they find their sense of adventure?

GOODREADS LINK
EXCERPT
Hunter directed his gaze her way and it was everything she could do to meet his eyes.  This was silly.  Gorgeous men didn’t affect her usually.  She was immune to the strutting and posturing of the male species for the most part, finding their antics vaguely absurd.  Guys like this were nothing but trouble, even if they did happen to glance her way.  Their attention didn’t stay on one woman for long and certainly never on her.

“I don’t remember seeing online banner ads in the last proposal,” he said mildly, a tone of approval in his voice.

His eyes were like murky country ponds, warm and yet too deep to wade into.

She resisted the urge to toss her head defiantly.  She was sure the gesture wouldn’t come across as the graceful disdain she would like to pull off. Her hair settled back across her neck at the aborted movement, cascading across her skin until it came to rest.

“There’s more.  I’d like to talk about your website, among others,” she admitted.  She’d found Andy’s proposal dry and uninteresting, and after talking to her younger brother and her friends, added stuff that she thought teenagers and hardcore extreme sports guys would be interested in as well as updated it to be more web based and digitally oriented.  Before she gave the proposal to Hunter she’d had Jason look at it one final time and the enthusiastic thumbs up and the smile that crossed his teenage face told her she’d done fine.  Her brother had loved it when she told him she might be going on tour with Hunter Sports for the next two weeks.  He was forbidden from doing extreme sports, but it consumed him.

His grin widened and she found herself mesmerized by the combination of white teeth against those incredibly red lips.

“How old are you?” he asked, suddenly scanning her face and body quickly before those ridiculously red lips turned up in a smile.

“Twenty-seven,” she said simply, refusing to ask the natural return question.  He volunteered it.

“I’m thirty-three.  Going on three hundred.  So far, so good, Ms. Taylor.  I like your changes.  I want to see what else you’ve got.  Consider yourself conditionally hired for the tour.”
“Gina,” she said before she could change her mind.  “If we’re going to work together for two weeks, I think it’s going to get awful stiff calling each other ‘Mr. Dillon’ and ‘Ms. Taylor. 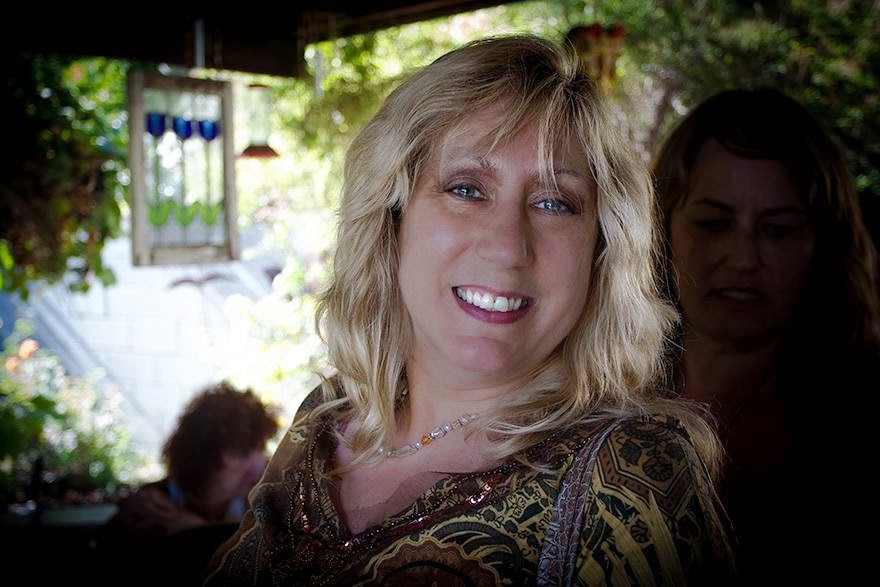 What is your name, where were you born and where do you live now?
My name is Claire Davon.  I was born in Boston, Massachusetts but now live in Los Angeles, California.

Did you always want to be a writer? If not what did you want to be?
Writing was always part of my life, but I also wanted to be a dragonrider, then an actress and for a brief moment, a musician.

When did you first consider yourself as a "writer"?
I’ve written since I was a pre-teen but didn’t identify as a writer, whether as a primary love or an avocation, until recently.

Do you work another job as well as your writing work?
Yes, I have a day job that I love.

What is the name of your latest book, and if you had to summarise it in less than 20 words what would you say?
The most recent book I put up on Amazon is called “Sense of Adventure”.  It is the story of two people coming together against the opposition of her family and the spectre of his past.
Who is your publisher? or do you self publish?  I self-publish at this time.

How long does it usually take you to write a book, from the original idea to finishing writing it?
That depends.  The ideas are easy, I have roughly 10 first drafts written and another 10 ideas floating around my head.  Once committed to paper it takes about three months to write.

Which of your books were easier/harder to write than the others?
The first draft of “Sense of Adventure” took three weeks to write.  The rewrite took about a month.  Generally it’s not that easy – I tend to bog down in the middle and wonder why on earth I ever thought that this story was a good idea.

What can we expect from you in the future?  ie More books of the same genre? Books of a different genre?
For now I am going to stay in the romance genre, but I intend to branch out within the genre itself.

Do you have plans for a new book? Is this book part of a series?
Yes and yes.  I have two I’m working on, both that will be part of a larger series.  One is a paranormal series and one is my first foray into urban fantasy.

What genre would you place your books into?
Romance.

What made you decide to write that genre of book?
I have always loved romances, from when I was a young teen.  I gobbled up the Harlequin romances that were all we had in that era.  I loved the idea that you could find your perfect soulmate and have a happily ever after.

Do you have a favourite out of the books you have written? If so why is it your favourite?
Right now it’s “Sense of Adventure” but there are many left to be written.

Do you have a favourite character from your books? and why are they your favourite?  Hunter from “Sense of Adventure.”  Who doesn’t love a flawed, yet wonderful, hero?

If you had to choose to be one of your characters in your book/books which would you be? and why?
Probably Fiona from the current Urban Fantasy I am writing.  To answer why would give away major plot points.

How long have you been writing?, and who or what inspired you to write?
I’ve been writing since I was a pre-teen.  It’s just always been something I did.

Do you have anybody read your books and give you reviews before you officially release them?ie. Your partner, children, friends, reviewers you know?
I have a couple of people that are Team Claire Beta Reads, yes.  They are friends and family.

Do you gift books to readers to do reviews?
Yes.

Would you ever ask a reviewer to change their review if it was not all positive about your book/books?
No.  I wouldn’t be happy but that’s part of putting yourself out there.  Their opinion is valid, and just an opinion.

Do you choose a title first, or write the book then choose the title?
I write the book first.  All my working titles are the male lead character’s name.

Do you basic plot/plan for your book, before you actually begin writing it out? Or do you let the writing flow and see where it takes the story?
I have three pieces already drafted in my head before I start – the beginning, the ending and the first sex scene.  The rest flows from the story and the story has a way of telling me what it wants to be.

What do you think makes a book a really good/bestseller ?
No matter the genre, to me a good book/bestseller is one that moves people across all walks of life.  “Life of Pi” is a good example.

Which format of book do you prefer, e-book,hardback, or paperback?
It may be funny to say because I’m self-published, but I still prefer paper books.
What is your favourite book and Why?  Have you read it more than once?
It’s a big list and yes.  If I love a book I read it more than once.  The most recent one I keep going back to is “In The Midnight Rain” by Ruth Wind.

Do you think books transfer to movies well? Which is you favourite/worst  book to movie transfer?
If the movie maker stays true to the book as written, I think they can translate beautifully.  The Harry Potter books were well translated.  The worst to me was “The Talented Mr. Ripley” which had an amazing ending as written by Patricia Highsmith and the movie completely destroyed that.

What are you currently reading? Are you enjoying it? What format is it?(ebook, hardback or paperback).
I am reading the 3rd book in the Chronicles of the Necromancer series by Gail Z. Martin in paperback.  I really like this series.

Do you think e-books will ever totally replace printed books?
No, although I think they will have a severe impact, just like iTunes demolished the record industry in its form at that time.

Did you read a lot at school and write lots of stories or is being a writer something newer in your life?
I read a lot in school, on the way to school, in the car, on the subway…and I wrote tons of stories I wish I could find now.  Not because they were good, but because I’d love to see how
I evolved from 6th grade to now.

Did you have a favourite author as a child?
Anne McCaffrey, hands down.  Nobody else comes close.

Do you have a treasured book from your childhood? If yes, what is it?
Dragonflight by the same author.  I have several copies in various forms, many signed.

Do you have a favourite genre of book?
I tend to prefer fantasy and all forms of romance, but a good book is a good book.

Is there a book you know you will never read? Or one you tried to read but just couldn't finish?
Ulysses by James Joyce.  I tried three times and couldn’t get past the first 20 pages.  I know it’s a classic but it’s a classic I will have to forego the pleasure of reading.

What piece of advice would you give to a new writer?
Start writing and keep writing.  Set a goal for the day and do it, without fail.

Do you or would you ever use a pen name?
I have a pen name in mind if I should choose to dive into serious erotica.