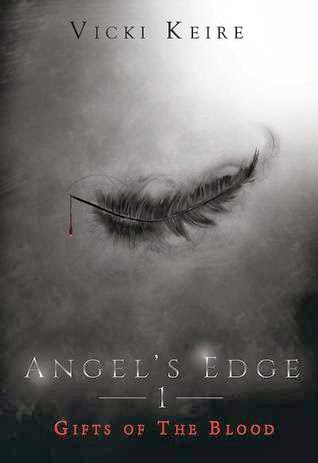 BLURB from Goodreads
Caspia Chastain, art student and barista, is gifted (or plagued, if you ask her) with the ability to draw the future, usually at the worst possible times. Her parents are four years dead; everyday she watches her brother Logan fight his cancer diagnosis. Things get worse for Caspia the day she draws an angry stranger framed by planes of light and violent, bloody images. That exact same stranger walks up to her out of nowhere mere hours later knowing things he shouldn't, like her name, her brother's illness, and her strange ability. That's when Caspia discovers her hometown is a refuge for supernatural beings both Light and Dark, and she and her brother find themselves caught up in a war between the two that predates their very birth. In order to protect herself and her brother, she turns to the one who seems to have started it all: the man who walked out of her sketchbook calling himself Ethan. But Ethan has his own agenda, Logan's getting sicker fast, and Caspia finds that drawing the future isn't the only strange thing she can do. Meanwhile, someone really wants all of them dead. In a town where Dark doesn't equal Evil and Light isn't always Good, Caspia and Ethan find themselves making strange alliances and even stranger sacrifices in order to protect those they love. 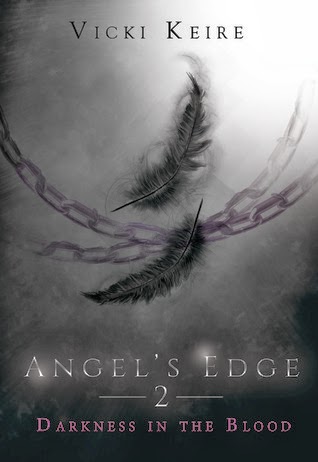 BLURB from Goodreads
Caspia Chastain finally has what she’s always wanted. She’s in a supportive relationship with a one-of-a kind guy. (Really. He’s the only one of his kind. Ever.) Her brother is so healthy it’s mildly terrifying. She hasn’t drawn the future in ages, her school schedule is creepy professor free, and her job as Whitfield’s only Coffee Goddess remains secure.But someone is kidnapping Nephilim descendents and using them to build an army. An unpredictable new gift threatens to consume her. With it comes a persistent dream: a strange young man with gifted blood who may hold the key to her ancestry. Whitfield has enough buried secrets to protect its residents, though, even if that protection comes with a price.Ethan has secrets, too. He’s never spoken of his long life before meeting Caspia. When his past catches up with him, it could tear their relationship and the Realms apart. Soon, Caspia and Ethan must discover if the light and life they’ve built together can withstand the gathering darkness. 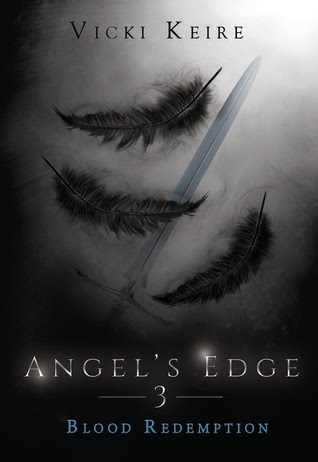 Trapped in the Dark Realms, Caspia finds herself the unwitting leader of a growing Nephilim rebellion. Plagued by strange dreams and intrigue, she learns to master her Azalene abilities when all she wants is to find her way back home.To Whitfield. To Ethan. When they meet in the Dreamtime, Caspia can tell something is wrong. Whitfield seems increasingly militarized. Ethan is agitated; Asheroth makes less sense than ever; and the Blackwood witches are teaching Logan deadly gifts. Most disturbing of all is Belial, who is as charismatic as he is cruel. But Belial isn’t the only one threatening Whitfield. To avoid another Nephilim war, the Realms of Light decide to attack their ancient enemy first. Caspia, her hometown, and everyone she loves happens to be in the way. With the Light poised to strike from one side, and the Dark Realms on the other, she and Ethan must fight their way back to each other and try to protect the life they’ve built.

ABOUT THE AUTHOR
Vicki Keire grew up in a 19th Century haunted house in the Deep South full of books, abandoned coal chutes, and plenty of places to get into trouble with her siblings. She spent the last decade teaching  writing and literature at a large, football-obsessed university while slipping paranormal fiction in between the pages of her textbooks. 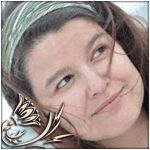 Published works include the bestselling Angel’s Edge series, which includes Gifts of the Blood, Darkness in the Blood, and Blood Redemption, The Chronicles of Nowhere series, and the stand-alone novel Daughter of Glass.  She is included in the Dark Tomorrows anthology with J.L. Bryan and Amanda Hocking, and the Primetime anthology with J.R. Rain and Anita Exley.
When not reading and writing about all things paranormal, she enjoys other people’s cooking and keeps vampire hours. She’d rather burn the laundry than fold it, and believes that when an author wins the Newberry, he or she gets a secret lifetime pass to Neverland. She is fond of lost causes and loud music. She currently resides in Central Florida on a lake-front farm full of many furry friends. She loves hearing from readers and can be reached on most social media sites or through her blog (link: http://www.vickikeire.blogspot.com/), of which she is awfully fond.
Posted by Jeanz xx at 16:00