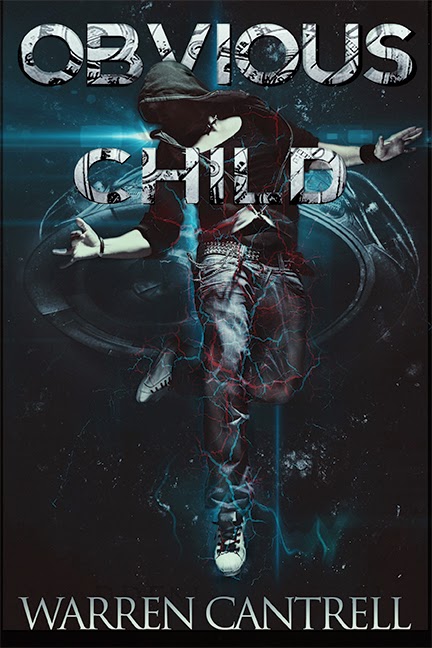 Published By The Writer's Coffee Shop

THE BLURB
Sam Grant doesn’t want to be famous, but he doesn’t have much of a say in the matter.
On the verge of graduating from college with his master’s in History, Sam and the rest of the world bear witness to the invention of time travel. Revealed via a YouTube broadcast, the brothers responsible for inventing time travel find their remarkable device coopted by the U.S. government. In a magnanimous gesture, the U.S. government holds a worldwide competition to decide who will be the first time traveler in history. This turns Sam’s world upside down after a half-baked joke application he sends in gets him accepted as a contestant for consideration.
Thrust into a political and media blender set to puree, Sam and his fellow contestants vie for the affections of a worldwide audience who will vote on the eventual winner. As the successive rounds of the contest pass by, and Sam tries everything from indifference to wild irreverence to get himself voted out of the competition, he finds that all his actions only serve to make him more popular.
As the contest goes on, Sam and the time travel project become more of a referendum on our society’s fascination with celebrity disasters, and what they will do to make sure the entertainment doesn’t stop anytime soon. Unable to get out of the contest via logical means, Sam learns to embrace the perks sudden celebrity provides, yet also suffers some of its typical consequences.
Stuck between two worlds—one he can’t handle, and another he can’t control—Sam finds himself considering a third option, one that has him confronting a time traveling reality that terrifies him to his very core. 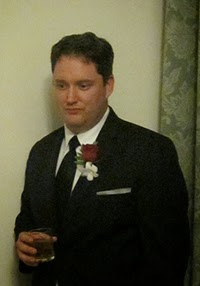 Warren Cantrell is a film and music critic based out of Seattle, Washington. One of the few surviving journalists of the Gonzo school, Mr. Cantrell’s work has appeared in such publications as Lost in Reviews and Scene-Stealers.
A classically trained scholar with a bachelor’s and master’s degree in History, Mr. Cantrell has spent the majority of his time since graduation writing novels and paying off his student loans. Working as a critic and an on-the-ground correspondent, Mr. Cantrell has covered the Seattle International and Sundance Film Festivals and has had the pleasure of interviewing people ranging from Sissy Spacek to Joss Whedon.
As an established film and music critic, Mr. Cantrell finds that it is best to keep his political views private, except to say that he feels Greedo definitely did not shoot first and that The Misfits ceased to exist the moment Danzig left the band.
A life-long Arizona Diamondbacks, Cardinals, and Phoenix Suns fan, Mr. Cantrell enjoys fast cars, Italian opera, Norwegian cinema, Kentucky bourbon, and Motörhead concerts.

Connect with the Author 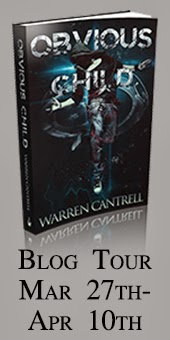 What is your name, where were you born and where do you live now?
My name is Warren Cantrell. I’m originally from the Phoenix, Arizona area, but currently reside in Seattle, Washington, on Capitol Hill.

Did you always want to be a writer? If not what did you want to be?
Writing came to me a little later in life, at the age of 18, when I first moved away from home (Phoenix) for college. I didn’t know anyone in my new city, Seattle, and used fiction writing as a sort of outlet. Being alone in a new city, living away from home for the first time in my life, the writing really helped me by giving me something to do. I didn’t realize how much I enjoyed it until I started doing it. I haven’t really been able to stop since.

Did it take a long time to get your first book published?
Yes, a little while. I worked up the guts to send some of my writing in to a publisher in 2004, about five years after I started writing in earnest. I had a teacher at Seattle University, Stephen Barnes, who gave me some of the best writing advice I’ve ever received. He said, “put your writing in the mail and keep it there.” I kept submitting, kept getting rejected, but I kept writing. I finally caught my break in 2013, so it took fourteen years of writing, and nine years of submitting to get published. All in all, not that bad, but still, it took some time and a lot of persistence.

Do you work another job as well as your writing work?
Absolutely. I work as a journalist for two publications, Lost in Reviews and Scene-Stealers. I’m a film critic for Scene-Stealers, and provide movie reviews and on-the-ground coverage of film festival events like the Sundance and Seattle International Film Festivals. My work for Lost in Reviews usually has me out at music festivals as their west coast correspondent, providing coverage for those events.

What is the name of your latest book, and if you had to summarise it in less than 20 words what would you say?
My latest book is my debut novel, ‘Obvious Child.’ 20 words or less? How about this: Stoner and borderline drunk becomes world’s most famous person overnight, acts foolishly to lose notoriety: just becomes more famous.

How long does it usually take you to write a book, from the original idea to finishing writing it?
From conception to personal completion is about 18 months. Professional editing with my publisher’s editing team adds another six months or so.

Do you have plans for a new book? Is this book part of a series?
‘Obvious Child’ is the first book of a trilogy. The second book has already been written, and right now I’m working to get a deal finalized to see it published, and get the professional editing started on that right away.

What genre would you place your books into?
My book is classified as Fiction/Satire/Sci-Fi.

What made you decide to write that genre of book?
I was intrigued by the idea of time travel and classic Sci-Fi concepts mixing with more tangible themes like geo-politics and modern celebrity culture. By anchoring the more fantastic elements of the story in a familiar, genuine foundation, I think it allows the audience to let go a little more, and lose themselves in the story. I think this is the goal of most writers: to give their readers an enjoyable, escapist experience.

Where do you get your book plot ideas from? What/Who is your inspiration?
For me, it always starts with a central idea, or premise. I’m a plot-driven writer, so I usually come up with an idea for a story: a concept that I build around. For example, with ‘Obvious Child,’ I started with this idea of a person fresh out of graduate school that gets swept up into a public relations and celebrity tornado. I thought it would be interesting to follow the experience of a guy who didn’t want to be famous, and thus acted foolishly so as to get thrown out of the program/T.V. show putting him into the spotlight. Of course, in a day and age when celebrity antics and mayhem draws massive ratings, these actions would only serve to make my main character MORE famous, hence the book’s central irony. The story grew from there, and gave me a platform to tell an interesting, funny story that also had something to say about the merging of political and celebrity cultures in the 21st century.

Do you have a certain routine you have for writing? ie You listen to music, sit in a certain chair?
I like to be in public places, yet alone when writing. I’ve always found that I get the most and best writing done when I’m away from all the distractions of home, and working in an isolated corner of some busy coffee shop or bar.

Do you basic plot/plan for your book, before you actually begin writing it out? Or do you let the writing flow and see where it takes the story?
There’s a lot of planning that goes into the writing of my books before any chapters are actually written. I will sketch out a rough plot-roadmap after working through my initial ideas, and then begin creating character outlines. This process is informed by standard writing tropes like The Heroes Journey, and character chakras, and helps to keep the story on track for me. Of course, characters and plot elements tend to evolve during the writing process, and I’m always open to changes, but as a whole, much of the story and its characters are worked out prior to the actual writing.

Have you ever suffered from a "writer's block"? What did you do to get past the "block"?
Never. In the past, I have gotten stuck on certain plot dilemmas, and have written myself into a corner a few times, but I’m never at a loss for things to write.

What do you do to unwind and relax? Do you have a hobby?
I enjoy fast cars, full contact kickboxing, and bourbon drinking contests.

Have you ever based characters on people you know or based events on things that have happened to you?
Well, my new book ‘Obvious Child’ is about a student at Colorado State University studying to get his Masters Degree in History when he accidentally becomes the most famous person on Earth. I studied History at Colorado State University’s Graduate program (although I am not now, nor have I ever been the most famous person in the world). Still, let’s just say a few select things from my old college days did indeed make it into the book.

Are there any hidden messages or morals contained in your books? (Morals as in like Aesops Fables type of "The moral of this story is..")
I tried to tell a funny, engaging story that still had something to say about celebrity culture, and this generation’s proclivity towards deifying pop culture trash. As far as literary devices, I put a lot of work into the more subtle subtext of ‘Obvious Child’ as a whole. Character names, clothing, and even certain phrases correspond to a very particular moment in history that should place the events of the novel in a broader historical context for those with a keen reading eye.

If you could invite three favourite writers to dinner, who would you invite and enjoy chatting with?
Well, assuming that time has no bearing on my choices, I’d pick William Shakespeare (because he’s the king of the English written word), Mark Twain (because he was perhaps the greatest American writer), and T.E. Lawrence (because there are few writers who were as talented and lived as interesting a life as he). If I had to choose living writers, I’d probably go with Stephen King (because the man has done it all, and has seen the view from the mountaintop), Chuck Palahniuk (because he’s my favorite living author), and Charlie Kaufman (because that would be one hell of a fun dinner).

Where can readers follow you?
You can follow my writing on a weekly basis at www.10rant.com, and read my film reviews at www.scene-stealers.com or my music coverage at www.lostinreviews.com. You can find me on Facebook at Warren Cantrell-Author, and on Twitter at @10rant. 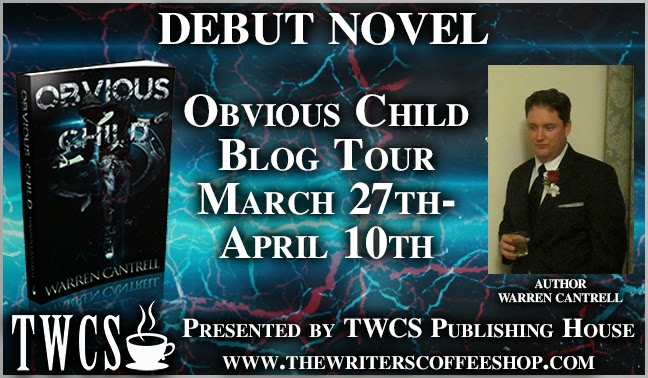 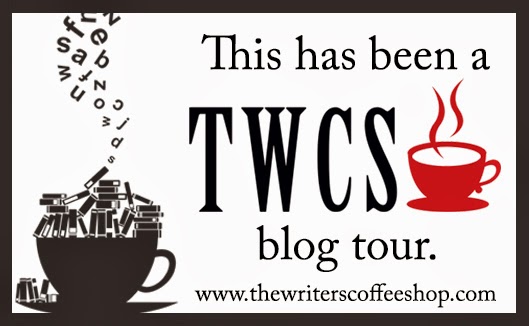