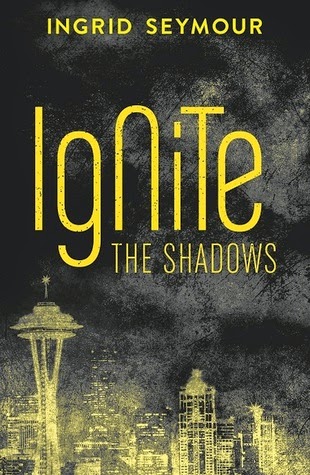 Blurb Supplied by Xpresso Book Tours
Sixteen-year-old Marci Guerrero is one of the best teen hackers in Seattle. However, she’d give up all her talents to know she isn’t crazy.
Marci feels possessed by what she perceives as shadowy spectres that take control of her body and make her do crazy things. While spying on the clandestine group known as IgNiTe, she’s confronted by the leader, James McCray. His presence stirs the spectres inside her brain into a maddening frenzy. Her symptoms and ability to control them don’t go unnoticed by James, who soon recruits her and shows her the awful truth.
Half of the world’s population is infected by sentient parasites. They bind themselves to the human brain and replace the pathways for all thoughts and actions. The creatures then morph their hosts into grotesque monsters with extraordinary strengths. Winged, clawed, fanged half-humans become living nightmares. Now Marci wishes she was crazy, because the truth is worse.
She’s infected. 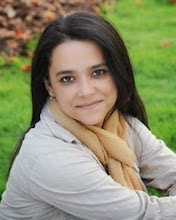 Ingrid Seymour is the author of IGNITE THE SHADOWS (Harper Voyager, April 23rd, 2015). When she’s not writing books, she spends her time working as a software engineer, cooking exotic recipes, hanging out with her family and working out. She writes young adult and new adult fiction in a variety of genres, including Sci-Fi, urban fantasy, romance, paranormal and horror.

Her favorite outings involve a trip to the library or bookstore where she immediately gravitates toward the YA section. She’s an avid reader and fangirl of many amazing books. She is a dreamer and a fighter who believes perseverance and hard work can make dreams come true.

She lives in Birmingham, AL with her husband, two kids and a cat named Mimi.