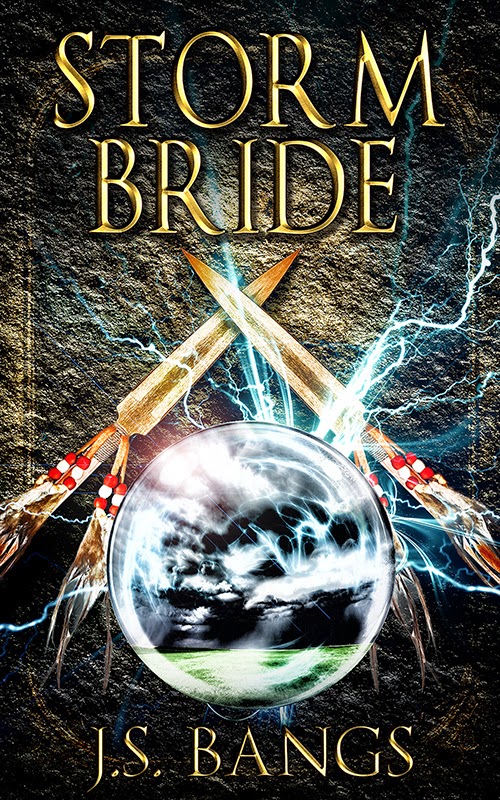 BLURB supplied by Red Adept Publishing
When Saotse rode across the treacherous ocean on an orca at the bidding of Oarsa, Power of the Sea, the blind maiden believed she had been chosen for a great destiny. But she hasn’t heard Oarsa’s voice in decades. Aged now, she has found her place among a peaceful, long-lived people, though her adoptive sister, Uya, still blossoms with youth. Then, pregnant Uya is kidnapped, and the rest of her family is slaughtered when an army of mounted warriors strikes the defenseless capital, leaving Saotse grief stricken and alone.
After Saotse finds refuge with strangers in a distant village, a new Power makes contact. Saotse embraces the opportunity to bury her bloodthirsty enemies in vengeance, but wielding the Power’s bitter magic could cost her everything she is.


As war escalates and allies flock to her side, Saotse believes she finally understands Oarsa’s purpose for her. But the Powers may have set events in motion that even they cannot control, and the fates of gods and men alike hang in the balance.

EXCERPT
Uya Three orcas raised their heads above the green surf at the foot of Six Pine Rock. Uya crouched behind a drift log so her mother couldn’t see her and scold her, and she watched them. One of them carried something on its nose, a sea lion carcass or a fish, and the orcas’ fins flashed as they pushed it towards the foot of the stone, with its crown of ferns and evergreens. A surge of seawater hid them from her view, and when it subsided, Uya saw their prize clinging to the rough spire like a ragged piece of kelp. It was not a sea lion. It was a woman. She must be dead, Uya thought. The orcas splashed for a moment at the foot of the stone, then dove back into the deeper water. The foam surged over the rock. Then the woman moved. Uya stood up straight and shaded her eyes to be sure that she saw right. The woman’s arms wrapped around the stone to keep from slipping back into the water, and then, she raised her arm and groped for a higher handhold. “Uya!” shouted Uya’s mother from a short distance up the beach. “What are you doing? You’re supposed to be gathering mussels.” “The orcas brought a woman to Six Pine Rock!” Uya said. Her mother guffawed. “Get back to the mussels.” Aunt Mariku pointed across the water, to the narrow spire of stone that the woman clung to, and called to Uya’s mother, “Oire, I think I see something.”
Uya’s mother looked at the base of the stone, then gasped and breathed an oath. “Oarsa help her.” Then she ran down the pebbled beach and called to the men. Uya scrambled around the rock and ran after. She had seen the woman first, and it would be fair for her to be the first to tell. But she couldn’t match her mother’s stride, and by the time she reached the men at the canoes, they had already pushed two of them into the surf and were paddling furiously against the waves toward Six Pine Rock. “I saw her first!” she shouted to Grandfather Asa as soon as she caught her breath. “It was me.” Asa put his gnarled hand on her head. “So Oire said. You did well.” But his eyes were watching the brown-clad woman clinging to the rock, and the canoes spearing through the waves toward her. The lead canoe was past the breakers, halfway to the spire, its red-and-black painted head charging through the waves. A small crowd surrounded Uya on the shore, and everyone watched the canoe nose into the foamy surf around the rock’s feet. The men beat their oars wildly at the water and pushed off stones as they tried to keep the canoe upright. They were alongside the rock where the woman waited, now. Someone from the boat stretched out his hand. The woman seemed to shudder and turn away. Uya could see the lips of the people in the canoe moving, mouths wide open to shout, but she could only hear the roar of the ocean and the shrieks of gulls. A swell washed over the woman on the rock and shoved the canoe aside. With a flurry of oar-strokes the men brought their craft back, and the hand was proffered again. The woman shifted, then like a crow picking up a minnow, one of the men snatched her off the rock and tumbled with her into the bottom of the canoe.