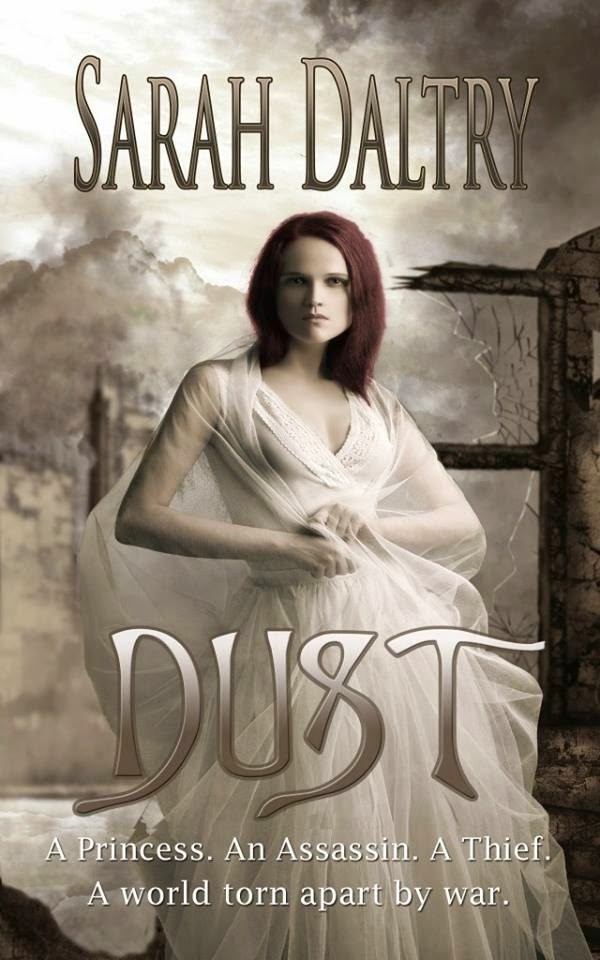 BLURB from Goodreads
Who makes YOUR choices?"I was once the type of person who was impressed by starlight; the type of person who would dance beneath glass ceilings and let the world swim in its loveliness. The sky reminds me of the parties we used to throw - parties like the one last night. The memories bring back the trill of harps and endless ripples of satisfied laughter. Now, though, when I try to recall what I felt, all I hear is screaming."In a world ravaged by war and oppressive forces of evil, a princess must fight to claim her bloodright and save her people.When the princess, Alondra, falls for the beautiful, blue eyes of a hooded stranger, it awakens in her a taste for freedom and an escape from her duty.But her parents have other plans; they have a kingdom to protect and Alondra must marry to ensure the peace between nations. Only what happens when your parents choose a cold-hearted assassin as your betrothed? As lies, illusions, and long hidden vendettas surface, the princess has to confront a very secret history. One that makes her realize that she not only risks losing her liberty, but also everything she has known and loved.

When did you first consider yourself as a "writer"?
I don’t really consider myself a writer. I don’t know why, and I don’t hold others up to my own standards, but for me, I will not be a writer until I’m agented and until my books are in bookstores. Again, I don’t see it that way for others, and it’s really a stupid thing as I’ve read great books that don’t meet those two standards and tons that are terrible that have, but I guess, for me personally, I would rather sell ten books and see it at Barnes and Noble than be a bestseller by myself. Maybe I just don’t think very highly of my own opinion.

How long does it usually take you to write a book, from the original idea to finishing writing it?
Anywhere from a month to more than 10 years. I mean, clearly I am not writing nonstop for ten years, but I have stories in various states of incompleteness from last week all the way through the late 1990’s. I would say, when focused and really writing nonstop, about five to eight weeks for the full story and then usually at least a few more weeks for the first edit/revision.

What can we expect from you in the future?  ie More books of the same genre? Books of a different genre?
I really don’t know, because I write bits and pieces of tons of ideas, but what ends up becoming something isn’t really a formal process. Some stories demand to be told and others simmer. I would say that my genres will likely range, but themes and stylistic tendencies are similar. I wouldn’t expect to see romance out of me ever again, though. Love stories and romantic elements, sure, but I like reality and I like tackling the truth of life. Escapism is for other people, not me.

How long have you been writing?, and who or what inspired you to write?
I’ve been writing my whole life, because I didn’t have friends and storytelling was my outlet. However, for most of my tween and teen years, I actually focused on poetry. I wrote a lot of poetry and lyrical prose. It wasn’t until college that I began really writing longer prose works. My first novel was completed during college, and then the full rewrite was done a few years later, but that’s not published.

Do you read all the reviews of your book/books?
Not anymore. They don’t benefit me in any way, positive or negative. To be honest, I don’t read reviews of other people’s books much, either, unless there is something in particular I wanted to know about in the work. I tend to feel the same about reviews whether or not they’re of my books or a game I played. If I love a movie and see a newspaper give it a bad review because I feel the reviewer missed the point, I will rant to my husband for hours. A person’s opinion on Catcher in the Rye, Cabin in the Woods, Bioshock, or the latest episode of Supernatural is the same as their opinion on my books. And if I disagree, I disagree vehemently. I’m equally protective of the things I love, regardless of who created them.

What was the toughest/best review you have ever had?
I found a couple of reviews really offensive about my books, but they were just unnecessary. In one, a character who was suicidal was called pathetic and worthless and the reviewer said she wished he would kill himself so the book would end. To me, when you make broad statements like that, you forget that it’s a book and you inadvertently make sweeping generalizations about mental health or related concerns. I’m not a fan of reviews that attack entire populations of people because a reader or writer just didn’t connect.

Would you ever ask a reviewer to change their review if it was not all positive about your book/books?
No, that’s ridiculous. Personally, I just think writers should stop searching for reviews, and reviewers should stop sending writers anything but reviews for books they love and then everyone would be much happier.

How do you come up with characters names and place names in your books?
The characters just name themselves and tell me. It’s not a conscious decision. It’s why I can’t change character names except in extenuating circumstances, because they are who they are.

Do you basic plot/plan for your book, before you actually begin writing it out? Or do you let the writing flow and see where it takes the story?
I have no plan. I usually don’t even know what the book is about until halfway through. I either have a vague concept or a scene or a line of dialogue or a character in mind and then I go.

What do you think makes a book a really good/bestseller ?
Well, honestly, I think those are dramatically different things and rarely do they coincide. A really good book is one that emotionally scars me, one that makes you forget you exist in your world and makes you believe you are someone else, one that reminds you of how beautiful words can be just because they exist as words. A bestseller is what people buy.

What do you do to unwind and relax?Do you have a hobby?
I play a ton of video games.

Have you ever based characters on people you know or based events on things that have happened to you?
All of my books are truth and fiction intermingled. Whether it’s contemporary realism or fantasy, they all draw from the same internal world I inhabit, but only I know which parts are true and which are made up.

Are there any hidden messages or morals contained in your books? (Morals as in like Aesops Fables type of "The moral of this story is..")
I wouldn’t say they’re hidden, but I think almost all of my stories are about similar themes – the idea that there is no “normal,” that it’s okay to be yourself, and that the ways of the world don’t always work for everyone.

What is your favourite book and Why?  Have you read it more than once?
That’s hard because I have many. My favorites are Catcher in the Rye (read several hundred times), The Sun Also Rises (one and a half times), The Book Thief (three times), Some Girls Are (several times), The Lovely Bones (more than ten times), Nineteen Minutes (several times), and Neverwhere (many, many times). Also the Harry Potter and Mortal Instruments series, both of which I’ve read a lot.

Do you think books transfer to movies well? Which is you favourite/worst  book to movie transfer?
No, they really don’t. I would say there are a few exceptions, like Silver Linings Playbook (I think I actually prefer the movie, to be honest), but most are either solid adaptations that lose the soul of the story (like The Book Thief) or are just pure horror to experience (The Lovely Bones).

Did you read a lot at school and write lots of stories or is being a writer something newer in your life?
Yes, I read endlessly. I have been reading literally as long as I remember. I don’t have many memories of childhood, but the ones I do have are all about books.

Is there a book you know you will never read? Or one you tried to read but just couldn't finish?
I love books. I love all books. I hope I finish The Brothers Karamazov someday, because it’s amazing, but it’s intimidating, but I will read everything on the planet with only one exception. I will not read the new trend in “romance” with an emphasis on rape, bullying, kidnapping, and “dark” heroes. Rape and abuse and sex trafficking and kidnapping are not sexy and, as far as I’m concerned, have absolutely no place in romance. I love horror and I will read things that are shocking, like Bret Easton Ellis, but not when you’re trying to make me believe that the killer or abuser is anything but a villain.

Do you or would you ever use a pen name?
I do use a pen name, because I’m a private person. I also don’t like to take credit for things. I don’t like being recognized at work when I do something well. I just want to get things done, hopefully well, and then be left alone to play Xbox. J

If you could invite three favourite writers to dinner, who would you invite and enjoy chatting with?
Hemingway, Lauren DeStefano, and Sylvia Plath. It would likely be a depressing dinner, though, since Hemingway and Plath killed themselves, and Lauren and I both have social anxiety!! 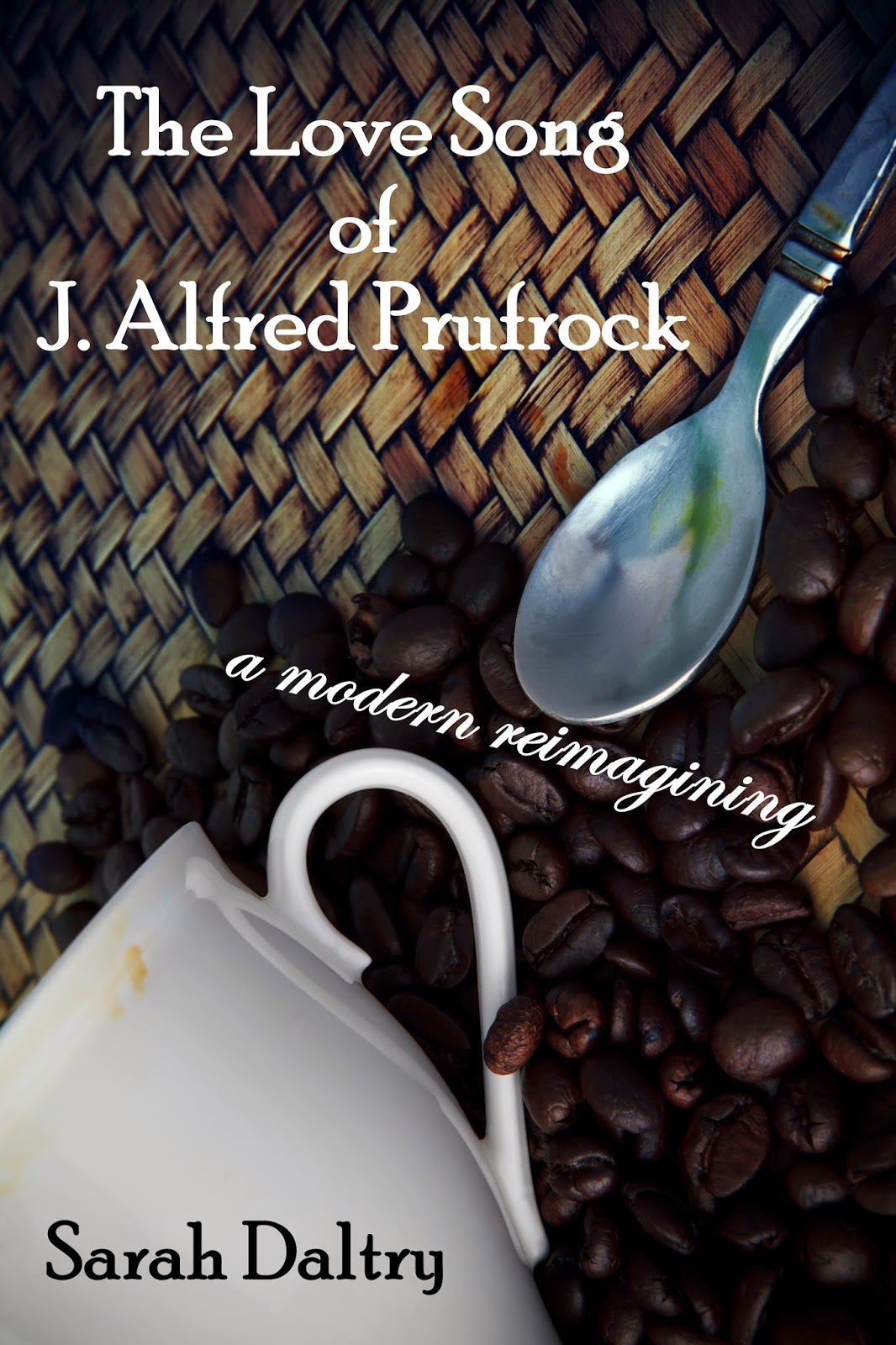 BLURB from Goodreads
An experimental novella reimagining the main figure of TS Eliot’s classic poem of memory, hopelessness, and loss in a contemporary setting. Approximately 20k words.
A man, bewildered by time and memory, begins to lose touch with what is real and what he has imagined. Told in breaks between memory and now, he narrates his emotions as he recalls the man he was, the man he had hoped to be, and how he became the man he is.


“No one wants to hear a lonely middle aged man talk about cities or memory. No one wants to know that the world exists in a kaleidoscope of colors. For one man, indigo is life, and he does not have time for the man for whom yellow is.” 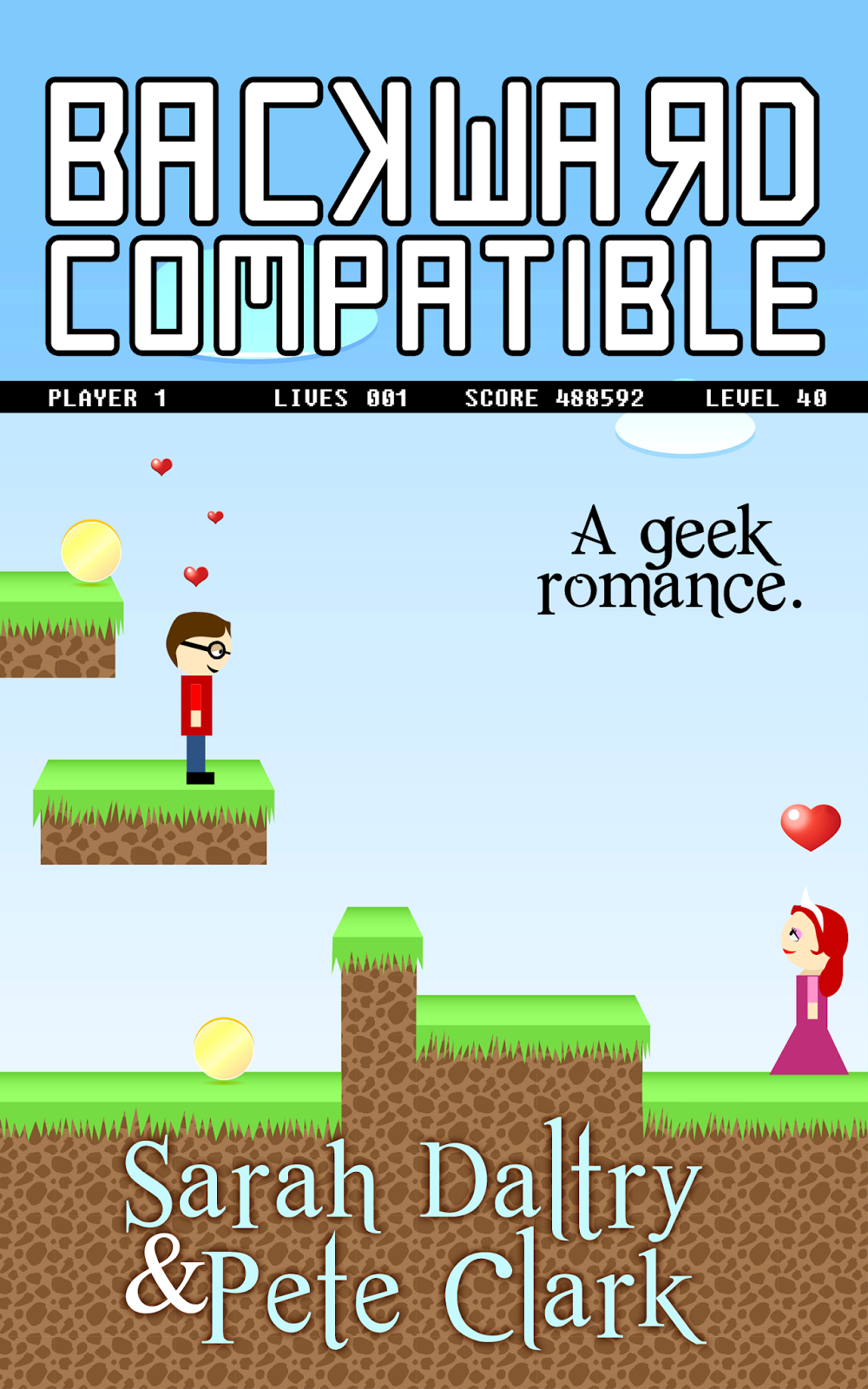 BLURB from Goodreads
For fans of The Guild and Scott Pilgrim…
Not too long ago, in a town that, depending on your current location, is either not super far or actually quite close…
It is a time of chaotic hormones.Two nerdy gents home for winter break have discovered a female gamer at a midnight release.During the break, the gamer trio manages to reveal the game’s secret boss, a hidden enemy with enough power to destroy anything in its path.Pursued by other gamers who want to be the first to beat this boss, George and Katie race to level up, and, in so doing, restore decency and sexual activity to their personal galaxy…