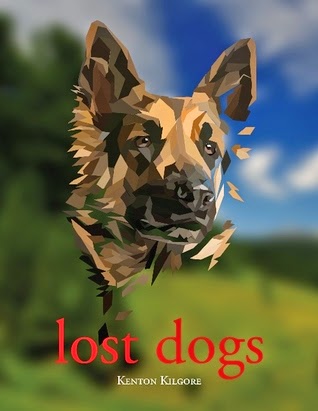 BLURB from Goodreads
When our world ends, their struggle begins﻿﻿ Buddy--a German Shepherd--and Sally--a Beagle/Basset Hound mix--are the beloved pets of Rob and Gennifer Bennett and their young daughter Audrey. Their home is Kent Island, MD: a beautiful, peaceful place, good for raising a family, good for having dogs. When unearthly beings strike without warning or mercy against humankind, Buddy and Sally lose the ones they love and the lives they knew. Now they must band together with other "lost dogs" to find food, water, and shelter without their masters. But survival is not enough for Buddy: he holds out hope that Rob, Genn, and Audrey live. And that he can find them before inhuman forces ensure that man is never again Earth's master.

The self-perpetuated rumor that my biological father is Robert Plant is, alas, untrue. Or so my mother asserts.

I was manufactured in Germany in 1966, and shortly thereafter, was exported to the United States. I invaded and made semi-permanent base camps in Illinois, Indiana, Texas, and Arizona before being forcibly exiled to Maryland in 1979.

There, I infiltrated several establishments of so-called “higher learning,” and absconded with a number of documents that fraudulently allege to my education.

In 1988, I was sentenced to life imprisonment with my Most-Favored Concubine, code-named “Joni.”

In 2012, I published my first literary crime, DRAGONTAMER'S DAUGHTERS, to worldwide indifference.

I am currently confined to Scenic, Convenient-to-Nowhere, MD, the largest island in the Chesapeake Bay.

I am indentured to a federal government agency of disappointingly non-sinister bent. My family and I live with too many dogs and cats.

When behavioral constraints upon me are lax, I enjoy riding motorcycles; playing Warhammer 40,000; and cheering the Pittsburgh Steelers and Pittsburgh Penguins.

Please visit www.kentonkilgore.com for more of my prevarications.
Posted by Jeanz xx at 03:00