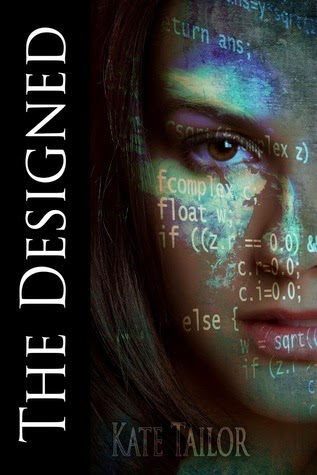 BLURB supplied by Xpresso Tours
What if the next new drug was you? Raleigh’s body produces a drug that could define the future of medicine if the dangerous world surrounding it doesn’t kill her first.
Eighteen-year old Raleigh Groves can sense disease in others and is suffering from her own unexplained illness as well. After years and dozens of doctor visits, she has given up hope of ever finding a cure, let alone a diagnosis. Then she meets a man who explains that her talent and curse are linked. Her body produces a drug, Lucidin, which allows her to sense others. She’s rare, and the drug she makes is coveted.
Rho has spent the last few years on the run. The Lucidin that is racing through his system makes him a target. Surrounded by addicts and dealers on one side and scientists and doctors on the other, he has to rely on his wits and his team to stay one step ahead. So far he has stayed afloat, but some of his brothers haven’t been as lucky.
As Rho and Raleigh collide they must face the perilous world of Lucidin together. Nothing is black-and-white and Raleigh must decide where her alliances lie. Sometimes the hardest heart to sense is your own. 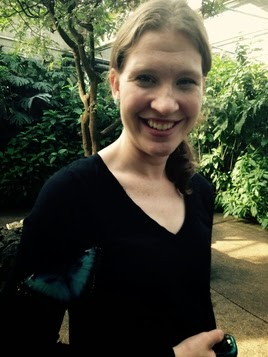 Kate Tailor lives in Boulder, Colorado. She has a background in molecular biology and pharmacology. Writing has been a passion of hers since she was young.

QUICK Q&A FROM THE AUTHOR


How I write my characters . . . When I start a book I’m never positive how a character will turn out. I write them in different scenarios to get a feel for their voice and how they behave. Some characters that have started out sweet end up with a little bit of a dark side. I try to make my characters dimensional. I don’t like reading stories where people fit into too neat of boxes. I like to think that my characters surprise the reader at times while still staying true to themselves.

The best and worse part about being a writer. . . I think the absolute best part about being a writer is the chance to put a story to paper. You start with nothing and in the end you have a world complete with people and events. A good story to me is one that is both entertaining and lets the reader develop their own opinions about the different topics presented. There are two things I find challenging about being a writer. The first is the distraction of having stories bouncing around my head. Sometimes I don’t have the right characters to tell my stories, or the proper scenarios to get my point across. It can be frustrating to work out these details. The second challenge is putting myself out there. It is a very humbling experience to have someone read what I’ve written. People get a peek into my thought process, and complete strangers get to experience something I’ve poured my heart into. That can be a very humbling and sometimes scary process.

My reading habits . . . . I enjoy reading, I’m sure most writers do. I’m one of those people that has trouble putting down a good book. I have a reading nook at my house. Usually it covered in a mess of children’s books. My kids love to be read too. Most of them are old, tattered things that I had when I was growing up. Some of them are missing pages, so I improvise. I hate letting go of books, and my basement is a testament to that. There are boxes of science books and pharmacology books from when I was in school, mysteries from my high school years, and sci-fiction, my current passion of late. Occasionally I reread one, and am not only swept into the world of the book, but to the time when I first read it.


Rho took a long breath and sighed with relief. Unlike most prisons, his had no bars or locked gates. The drugs and fatigue were enough to trap him in his own body—but not for much longer. He would make his escape today. His captors were unlikely to lower the extraction and sedative dose any more than they just had, so he had to make his move. He would do it tonight, when the second team came to check on him.


Today was the first day in a long time that he was aware of each and every moment. He darted his eyes across the room. A small seagull was preening itself on the windowsill. One of the guards had once asked why there weren’t bars on the window. The answer was that the drop would likely kill Rho, and even if he survived the current would pull him under. Occasionally he’d heard people speaking in French, and he figured that he must be somewhere along the French coast.
Knowing that he could die while making his escape, he savored the hours. Part of him wanted to reflect on his life, but he pushed those thoughts out of his mind as soon as they arose. Those thoughts too closely resembled grieving, and he wasn’t about to grieve the life that he was fighting to save….
The sunset was particularly beautiful. Mauve and azure hues playfully painted his room, as though Mother Nature wasn’t aware of the suffering he endured. Maybe she was aware of his suffering—and glad to see it. After all, he was an affront to her.
Rho heard voices as the evening pair opened the door to his room. Of all the teams, Rho was most familiar with this one. These two talked the most, and the young man had once taken a phone call in the room, but he was swiftly reprimanded by the old man. The young, unsure little attendant asked a lot of questions, and although the old man seemed to be aggravated by his companion’s inquires, he always answered.
“The morning crew said he was doing poorly,” the old man said in a sure, deep voice.
“They turned down the machine again. He’s not giving us as much Lucid,” noted the young man as he retrieved the vials.
“From the look of his vitals, he’ll only last a few more days.”
“He’s going to die, isn’t he?” asked the young man. Despite his current job, he wasn’t the heartless kind.
“The world will be better off. He’s dangerous. They’re monsters…all of them. Don’t let his angelic looks fool you. He’s the devil.”
Rho wasn’t sure if the last part was true, but the part about him being dangerous certainly was.