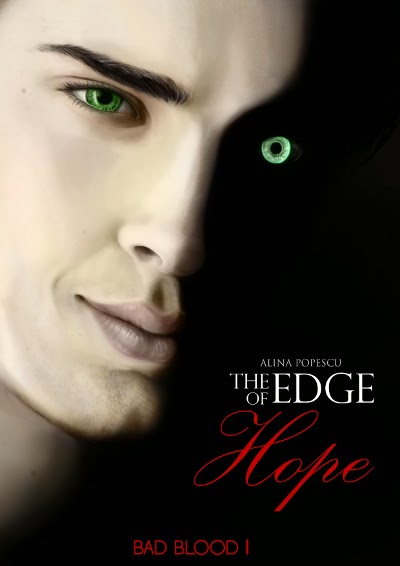 BLURB supplied by Alina Popesco, Eyes On Books,
Everyone she loved betrayed her. She felt lost and broken. Getting away from the pain and embracing a new path, Alexa decided to leave her old life behind and chase a long forgotten dream in Malta. There she met a gorgeous man, bearing the scent of fresh love. He led her to a new city to explore, Amsterdam. Is the tall, dark, and delicious man a dream come true or just a risky gamble?

Alexa chose hope and new beginnings over fear and warning signs only to be brutally dragged into a world she never really thought existed. Vampires, their feuds, and her future held tightly in their hands.

Trapped in a mysterious world, Alexa gives love chance after chance. Following her quest of self-discovery in a blood bound world, will she survive the journey?

***Free with Kindle Unlimited***
***Celebrate a year of The Edge of Hope with the
Amazon Countdown Deal – March 29 – April 5.
Discounted price starts at 99c.***

A human sacrifice has forced vampires, trueborn and baseborn alike, into an escalating conflict with one side pushing for revenge, the other for freedom. The hunt for Anthony and Louis is the trueborns’ main objective, driven by Hesrah’s desire to get even with the two baseborns and avenge her best friend, Alexa. The baseborns are rattled and divided between rallying around the rebels and obeying the rules imposed by Ankhsis.
What emerges from the portal from Earth to Ankhsis in the middle of the turmoil rocking both worlds is more dead than alive. Not human and not baseborn. Certainly not trueborn. This new being will either damn them all or be their race’s most powerful weapon. Will they trust it not to destroy them, or will Ankhsis decide putting it down is the only solution?
In the end, who is guilty? Who will pay? Will anyone survive its wrath?

EXCERPT
“You really think you’re smart, don’t you?” he asked, frowning.
“Oh, Anthony, no. If I were smart, I wouldn’t be caught dead next to garbage like you. I hate that you tricked me and I did not sense what a freaking idiot you’d turn out to be!”
“You were so easy to fool! So needy and open and taken with me! It was child’s play.” He looked so full of himself with mean eyes and a smug smile. I felt the taste of bile in my mouth and a deep need to punch him, hard and repeatedly.
“Yeah, true. It was. Too bad you fucked it up and pulled the plug long before I was completely committed to you!”
“Who cares? You’ll do as I say.” Anthony shrugged and turned his back on me. Louis’ eyes were darting from me to him and back, as if he was keeping track of a tennis ball in a game.
“No, actually, I won’t!” Fear should kick in any minute now, I thought. I saw him stiffening, his fists clenched, slowly turning as the wild green took over his eyes. He was probably more than ready to put me in my place, but all I felt was disgust. I just needed to sort it out so that I could get out of there.
“There will be no more touching me, no more of my blood, no more anything between us. I am not yours in any way. Not your lover, not your property, nothing of yours! You want me to keep your secret and live under your control? Fine. It’s a service I will gladly provide for a monthly fee that you will pay. That, or take the risk of letting me go home and never think of me again. Oh, and my book? You…won’t…touch…that. I’ll discuss changes with you, but I get to decide!”
I never saw him coming so I stood no chance. The defensive wounds were a dream. I was down on the floor in an instant, Anthony sitting on top of me, his hands around my throat, squeezing tightly. Louis was shouting something, but I couldn’t make out the words.
“I could snap your throat in a second, you fool! Who do you think you are, telling me what to do? I should kill you right now!” His voice sounded hoarse and his fangs were quite visible as he kept squeezing my neck.
Still no fear. No more rage, just pain. “I’d rather you killed me now than ever have you making me feel like I was your property. It’s my way or fuck off and you can do whatever you want,” I mouthed more than actually making sounds, but other than the burden of his squeezing, my voice was still as determined.


He let go of my neck, but he was still on top of me. It hurt where he had touched me, breathing was difficult, my entire mid-section hurt from him putting his full weight on me. My heart hurt because of a stupid Facebook update and because of what a disappointment Anthony was. Also because of Louis’ ugly rejection, justified or not. I could never really figure out how, but I gathered all my strength and punched Anthony in the face, then pushed him to free myself. I realized I managed it just because he was too surprised to resist it, but I jumped to my feet and tried to clean my clothes a bit. The floors were dusty and I was probably the first thing used to clean them in months. 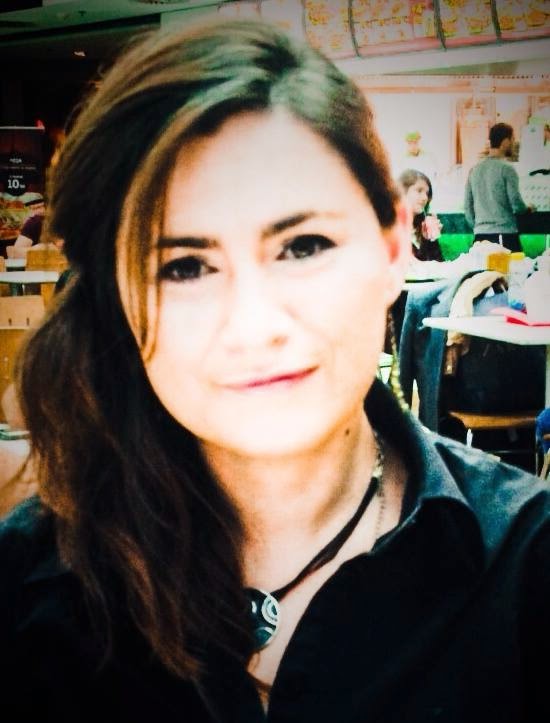 Writer, traveler, and coffee addict, Alina Popescu has been in love with books all her life. She started writing when she was ten and even won awards in local competitions. She has always been drawn to sci-fi, fantasy, and the supernatural realm, which explains her deep love for vampires and is also to blame for this trilogy.


Prizes: 1 signed copy of The Edge of Hope and 3 Ebooks 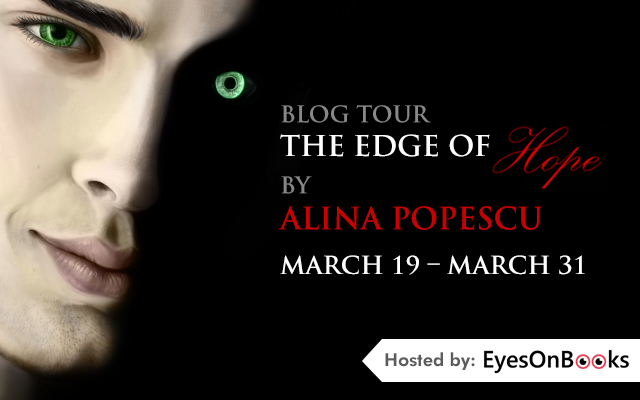