BOOK PROMOTION - WHAT HAUNTS ME BY MARGARET MILMORE 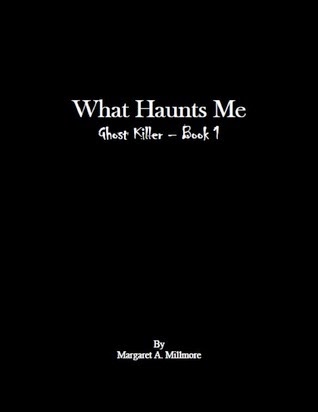 BLURB supplied by author
You can’t kill something that’s already dead. Unless of course you’re George.

There are ghosts and demons that wander among the living; they do not haunt in the traditional sense. Instead, they plague the living with diseases and physical deformities, and once a ghost finds its victim it will haunt them for a lifetime.

A mild illness brings on the dreams, which trigger the suppressed memories, which in turn allows George to see ghosts. Along with this new sight into a realm unknown to most, George instinctually knows that he must kill the ghosts. Of course none of this makes sense, but he cannot control the urge to kill when he encounters them, because deep inside, he knows this is what he must do. Another thing he knows; if he kills a ghost, a person nearby is suddenly healed.

His acceptance of this newfound ability to see and kill ghosts becomes his obsession, but it is also destroying his life and threatening his sanity. George seeks the help of Phil, a known paranormal expert, who briefly explains his new ability, but also warns him about a dangerous man who is looking for a powerful ghost killer, and insinuates that George is that powerful ghost killer. Soon after, George meets Billy, a young woman with a brazen and unlikable personality. However, she is another ghost killer, and that makes her someone he needs to know. With the help of Billy and Phil, George looks for answers as to how and why he’s become what he is and who and what the dangerous man wants. His quest for knowledge leads him to new friends and allies, but also to enemies he could never have imagined, enemies that killed his mother and grandparents and now want him. 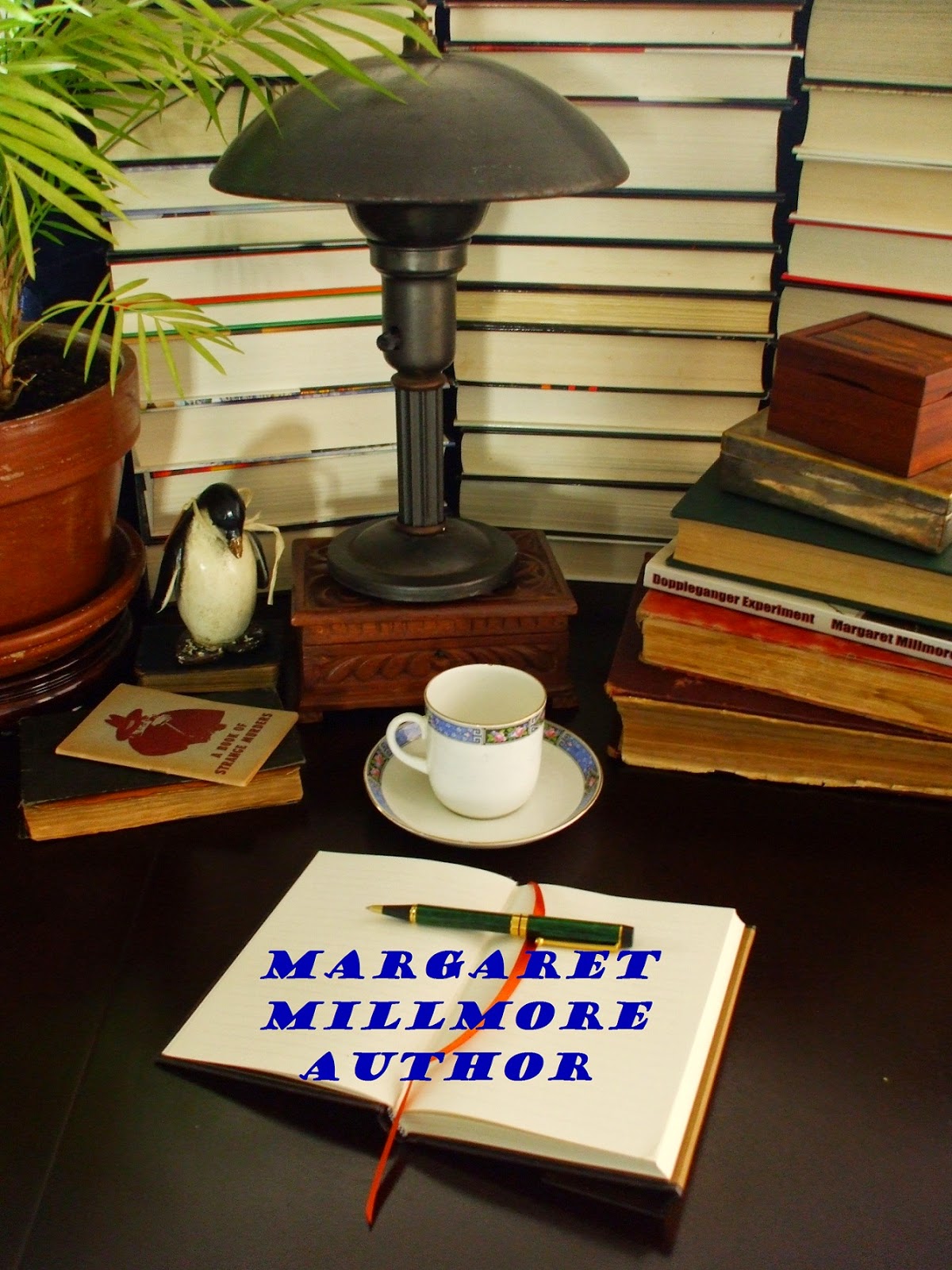 What is your name, where were you born and where do you live now?
My name is Margaret A. Millmore, I was born and raised in Southern California and moved to San Francisco in 1992, where I currently reside with my husband and two cats.

Did you always want to be a writer? If not what did you want to be?
When I was younger I wanted to be a writer, but life has a way of sending you in different directions and I ended up having a long and fulfilling career in the commercial real estate industry. After I left that field, I began to pursue my writing.

What is the name of your latest book, and if you had to summarize it in less than 20 words what would you say?
My latest book is called What Haunts Me (Ghost Killer – Book 1); it’s the first in a supernatural/paranormal thriller series about a ghost killer.

Who is your publisher? or do you self publish?
My first novel and my first series were published with World Castle Publishing, my second novel and my newest novel are self-published.

What can we expect from you in the future?  ie More books of the same genre? Books of a different genre?
My main focus going forward will be on the What Haunts Me series, ideally I’d like to produce a new book every 6 to 8 months, a very lofty goal, and in reality, I’ll probably produce them at yearly intervals.

Would you ever ask a reviewer to change their review if it was not all positive about your book/books?
Never! I think a review should be honest and given freely and without compensation (monetary or for a favorable review of another author’s work). There are certainly trolls out there (I had one reviewer slam me because my character’s name reminded them of a movie character they didn’t like…) and I think readers are intelligent enough to take the “troll” reviews with a grain of salt. But if the review is honest and well supported, then that’s just how it is and an author should learn from those comments.

How do you come up with characters names and place names in your books?
The characters seem to name themselves. Honestly, that’s just how it feels. I start working on them and suddenly, from somewhere, I don’t know where though, they have a name, it’s very mysterious… Almost all my books are based here in San Francisco, although my series, The Four, is all over the globe, but the places are real and I researched them all to try and portray them as realistically as possible.

What do you do to unwind and relax? Do you have a hobby?
I read a great deal, every day in fact. But I also enjoy certain TV shows on a weekly basis (Haven, Sleepy Hollow, Resurrection, the list goes on…) and I love to travel.

Do you think ebooks will ever totally replace printed books?
I don’t think ebooks will totally replace printed books, but I do think they’ll end up with the majority of the market-share. When e-readers first came out, I really fought it, but as a voracious reader, I soon realized that it was so much more practical. I still buy the occasional printed book, especially if it’s from an author that I adore (I collect Ray Bradbury and Stephen King books…) and I have a pretty extensive library, but these days, 95% of the books I read are on my e-reader.

Did you read a lot at school and write lots of stories or is being a writer something newer in your life?
When I was a kid, my absolute favorite thing to do on Saturday was to go to the library, I’d take out as many books as my parents would allow. My father was an avid reader as well, so he’d often take me. I started writing stories back in those days, but I let it slip and didn’t really write much until later in life, now I’m constantly coming up with story ideas and getting them on paper (well computer, but you catch my drift).

Are there any New Authors you are interested in for us to watch out for? and Why should we watch out for them?
There are some fabulous Indie authors out there, I’m not sure how new these people are to the industry, but I just love their work and would encourage everyone to check them out: Wayne Zurl, Tom Winton, Caroline Arnold, Nick Russell, Jen Blood, Wendy Cartmell and oh so many others.  I’ve read just about everything these authors have produced, they are all immensely talented and entertaining. They all write in different genres and styles and all but Tom Winton write series books (if the first book in a series hooks me, I have to buy the rest and read them until I’ve exhausted the series, it’s a bit depressing, it always leaves me wanting more…).