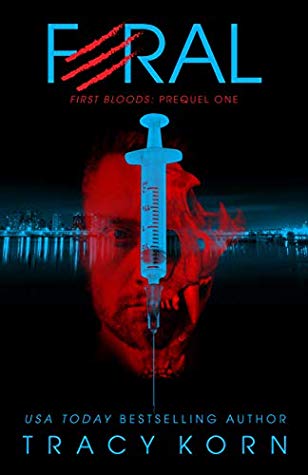 The pain is always worse when they know...

Knox Ryder dreams of becoming an Authorized medic in The Citadel, an opportunity that would literally cost him years of his life. But when a gruesome accident actually opens the door, the new price of his dream is even steeper.

When time is currency, what's your humanity worth?

I kind of came across this one by accident whilst looking for another book and the cover caught my eye and I had to read the blurb, then I decided I really liked the sound of the world within the book and just had to read it. The genre's I have seen listed for the book are Sci-Fi, Supernatural, Thriller and Dystopian which I agree with them all and would possibly add Horror to that list too.

There’s a preface which explains the world and how society is expected to live. Basically, the world is rapidly becoming more and more over populated as well as everything being so expensive. The US leads the way to pass the new legacy credit laws that on first look seem to be the perfect solution to ever increasing to people paying medical bills or other debts. In exchange for payment you give years off the end of your life. A simple mathematical algorithm is used to calculate life span. If you die without paying your debt it is passed on to your next of kin and becomes their debt. If you have no family your debt is spread out among your community. Special chips called “legacy chips” are inserted in people’s brains and they keep track of years left and years owed. Anyone with a legacy chip is given notice when they are down to their last 24 hours so they have time to put anything they need to in order and say their goodbyes to friends and family.

Then the prequel begins with the three main characters of Pritchard, Knox and Donovan who all work at the increasingly dangerous ship yard. Pritchard loses his hat due to the wind and moans that the hat had cost him two hours of life! Knox tells Pritchard off for using his life hours to buy a hat that he could have lent him the money for. Pritchard is quite blasé about it saying that two hours is nothing in the terms of his life. Pritchard also berates Knox for thinking he can save enough money to ever leave the “Grind” where the poorer “have nots” live and gain entrance to the “Citadel” where the richer “have everything” people live and become a medic. Knox is pretty good as an unofficial medic outside the Citadel helping people who live in the Grind. He isn’t the only one who gives first aid and does the job of a Citadel medic out in the Grind with the poor people. An unlicensed medic in the Grind if caught would face a large amount of years taken from their lives, as would the person they were helping. When Knox is badly hurt, he insists on going to fellow Grind unofficial medic Nyssa for help instead of being taken to the Citadel and paying an extortionate amount of years to be helped. Knox is in for a shock as when he comes around from passing out, it soon becomes clear that Nyssa has had to do seem rather extensive surgery. However, these Grind medics are caught and blackmailed into working on something top secret within the Citadel. So, Knox and Nyssa get their wishes to work in the Citadel and train as medics but not in the capacity they wanted. They end up paying a higher price than years of their lives. The story then follows what Pritchard, Donovan, Knox and Nyssa have to do in exchange for living & working in the Citadel. It sounds simple, Nyssa is involved in making an injectable substance and Knox, Pritchard and Donovan have to take the syringes containing it secured in a brief case to the client and swap their brief case for one containing the payment from the client. Sound simple? It is until Donovan decides to open the brief case and use one of the syringes on himself and then even worse injects Knox with one of the other syringes. Things get worse when Donovan reveals he has spoken to someone with access to the labs and reveals sometimes the injections work and sometimes they are duds. There are also occasions when the injections cause the person to become out of control and Feral. Knox and Pritchard become even more horrified and nervous when Donovan reveals that his lab insider is actually Kira who is a cleaner. Donovan refills the used syringes with some other liquid he has as he was planning to use one of the syringes on himself all along but never revealed his intention to Pritchard and Knox. Knox hands the refilled syringes in the brief case over to the client and takes the brief case from the client containing the money.
They decide that they need to get back to Nyssa and find out what’s going on. As she makes the substance in the syringes surely, she will have an antidote. They also need to get away from the Citadel as soon as they can and disappearing into the Grind will be impossible. They decide to get Nyssa, and all go to the shipyard to try and get a ride to a far off island somewhere.
I guess the world and then the different substances and the powers they are supposed to give make this book sound complicated but honestly it is explained really well at the beginning of the book and throughout.

This novella length book is just the first of two prequels to book one of the First Bloods series and it does set the scene and foundations of the society really well. I was initially more interested in the whole idea of buying things with years from the end of your life but the plot seems to be going in a different direction, especially at the very end of the novella. The end of the prequel novella reminded me a little of Katie French’s Monster Island series, I can’t quite put my finger on it, it just gave me the same feeling of the possibilities to come next. I am looking forward to reading the second prequel when I can get to it, at the moment it seems a little expensive, especially when you compare the price to that of the first book Bad Seed which is book one of the First Bloods Series and I have pre-ordered for just 99p. 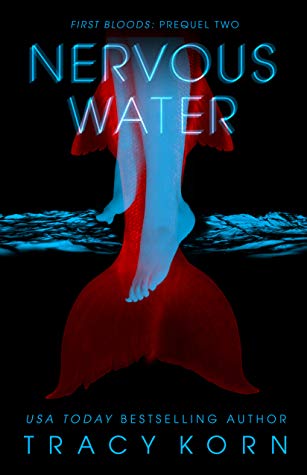 BLURB from Goodreads
She’s not supposed to exist… They’re only stories.But there’s something in the water…In the time before man, there were others. Perfect beings of the earth, water, air, and fire. The world was theirs during the unrecorded time. And for a while, there was peace.To Cora of The Shallows, Princess of the Undines and Captain of The Queen’s Guard, humans have been the enemy for centuries. Now, the tide is turning, and staying hidden is no longer an option.The Lawless of The Depths have struck a terrifying alliance with another former enemy, and like it or not, Cora must navigate the hazardous water between the two sides to save two men from different worlds.One, a loyal brother in arms, and the other, a soldier destined to lead…if he survives following his heart. 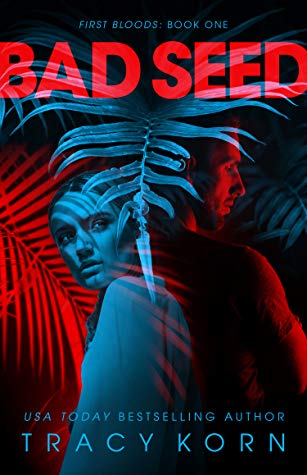 BLURB from Goodreads
Something Is Coming...In a world where debt is obsolete and time is literally money, botanist Frankie Mason works tirelessly to find a cure for a monstrous virus gripping the city.But when she starts getting too close to the truth about the source of the virus, she finds herself at Scrapper Island penal colony—an upside-down reality of shadows and whispers where people vanish, and one mysterious prisoner is an unwilling soldier in a supernatural war.If Frankie can save him from himself, could they have a chance at saving humanity?One-click now to start the clock.......