BLOG TOUR - A BEGINNING AT THE END BY MIKE CHEN 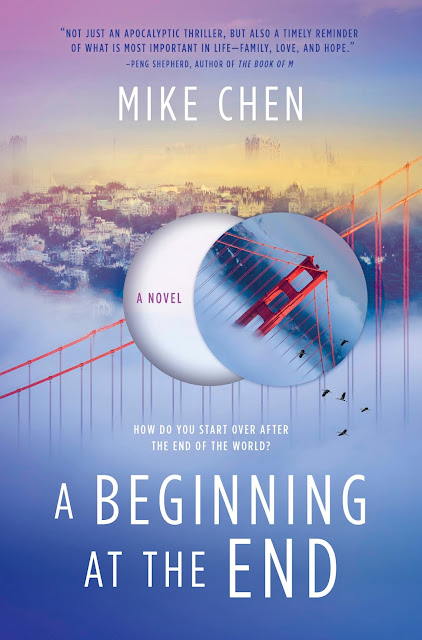 An emotional story about what happens after the end of the world, A BEGINNING AT THE END is a tale of four survivors trying to rebuild their personal lives after a literal apocalypse. For commercial readers who enjoy a speculative twist, or their sci-fi with a heavy dose of family and feelings.

Six years after a global pandemic, it turns out that the End of the World was more like a big pause. Coming out of quarantine, 2 billion unsure survivors split between self-governing big cities, hippie communes, and wasteland gangs. When the father of a presumed-dead pop star announces a global search for his daughter, four lives collide: Krista, a cynical event planner; Moira, the ex-pop star in hiding; Rob, a widowed single father; and Sunny, his seven-year-old daughter. As their lives begin to intertwine, reports of a new outbreak send the fragile society into a panic. And when the government enacts new rules in response to the threat, long-buried secrets surface, causing Sunny to run away seeking the truth behind her mother's death. Now, Krista, Rob, and Moira must finally confront the demons of their past in order to hit the road and reunite with Sunny -- before a coastal lockdown puts the world on pause again. 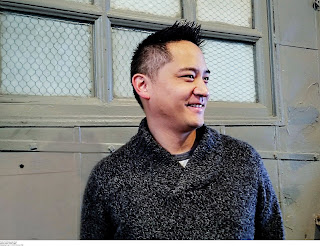 Mike Chen is a lifelong writer, from crafting fan fiction as a child to somehow getting paid for words as an adult. He has contributed to major geek websites (The Mary Sue, The Portalist, Tor) and covered the NHL for mainstream media outlets. A member of SFWA and Codex Writers, Mike lives in the Bay Area, where he can be found playing video games and watching Doctor Who with his wife, daughter, and rescue animals.

Excerpted from A Beginning at the End by Mike Chen, Copyright © 2020 by Mike Chen. Published by MIRA Books.