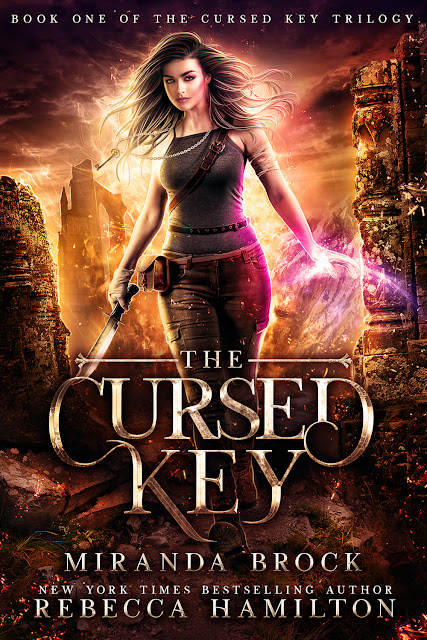 BLURB supplied by Xpresso Book Tours
A forgotten past, a dark mage, and an unyielding curse.

Another team beat free-spirited archaeologist Olivia Perez to the dig of a lifetime, and now she’s left with the choice to wait for scraps or brave a dangerous, dusty tomb in hopes of finding other priceless artifacts. Her reward? A mysterious key she has no idea is cursed. Soon, Olivia realizes she’s brought home more than just an ancient rarity.

Malevolent visions begin to plague her. Unnerved by what they reveal, she casts away the key…unknowingly placing it into the waiting hands of a dark mage bent on destruction. Only when a shifter agent from the Paranormal Intelligence and Tracking Organization arrives searching for the key does Olivia realize what a huge mistake she’s made.

Forced to team up with the ill-tempered shifter, her journey to reclaim the cursed key leads down a twisting path of dark histories, dangerous magic, and deadly obstacles. But Olivia’s efforts to take back the ancient relic before the dark mage can destroy the lives of humans, shifters, witches, and fae alike are thwarted by her own dark past…and a price steeper than what she’s willing to pay. 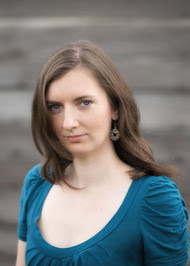 From an early age Miranda Brock has always loved fantasy and adventure everything. Since she doesn't live in a world of enchanting powers, mythical beasts, and things unbelievable she has decided to write about them. (Although, if you happen to see a dragon flying around, do tell her.) Born in southern Illinois, where she still resides with her husband and two children, she grew up running through the woods, playing in creeks, and riding horses. What started out as writing poetry grew into short stories and eventually led to her first novel, Souls Discovered. Miranda lives in the country where she finds inspiration in the simplicity and beauty around her. With the help of a ridiculous amount of coffee and some good music she writes whenever she gets a chance. 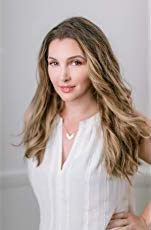 New York Times bestselling author Rebecca Hamilton writes urban fantasy and paranormal romance for Harlequin, Baste Lübbe, and Evershade. A book addict, registered bone marrow donor, and indian food enthusiast, she often takes to fictional worlds to see what perilous situations her characters will find themselves in next. Represented by Rossano Trentin of TZLA, Rebecca has been published internationally, in three languages: English, German, and Hungarian.

The shifter pulled some bandaging out of my bag and pushed up the sleeve of my jacket. He started winding the bandage around my arm, and I barely held back a wince.

"You're a good fighter," he said as he finished.

"I wasn't trying to be. I didn't want to hurt anyone."

Much less kill three people. I shoved the thought back. I wouldn't think about it.
Kael nodded. "I know you didn't." His gaze swept over my face. "You got a cut on your cheek."

I hadn't even realized. It must have happened while I was struggling against the shifters.

Kael reached up to touch the cut under my eye. His hand lingered on my cheek, his rough, warm fingertips sending a heated flash down my body.Then his hand jerked back, and I gasped.The ground shook, and the fingers of a sudden chill traced across my skin.

Dark magic rippled through the air. It tugged at the key and beckoned me forward like a confident, sneering villain.

I grabbed my bag and knife and started forward through the forest, leaving in our wake the bodies of the wolf shifters.