SPOTLIGHT TOUR & GIVEAWAY - MY KIND OF CRAZY BY ROBIN REUL 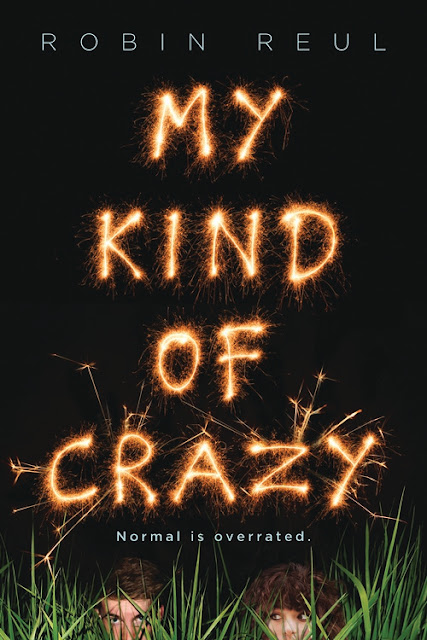 Despite the best of intentions, seventeen-year old, wisecracking Hank Kirby can’t quite seem to catch a break.  It’s not that he means to screw things up all the time, it just happens.  A lot.  Case in point: his attempt to ask out the girl he likes literally goes up in flames when he spells “Prom” in sparklers on her lawn…and nearly burns down her house.

As if that wasn’t bad enough, Peyton Breedlove, a brooding loner and budding pyromaniac, witnesses the whole thing.  Much to Hank’s dismay, Peyton takes an interest in him—and his “work.” The two are thrust into an unusual friendship, but their boundaries are tested when Hank learns that Peyton is hiding some dark secrets, secrets that may change everything he thought he knew about Peyton.

EXCERPT
So here’s the thing. It’s not like I woke up this morning and said, “Hey, I think I’ll light the 100-year-old Eastern Red Cedar tree in front of Amanda Carlisle’s house on fire today.” Because I don’t know about you, but when I wake up, my mind doesn’t go straight to arson. Honestly, the first thing I focus on is how fast I can get from my room to the bathroom without my dad’s girlfriend, Monica, trying to chat me up while I’m awkwardly standing there in my boxers.
I’d read online that how you ask a girl to Prom can completely make or break a guy’s chances. I wanted to do something special that Amanda would never forget. Apparently it worked, just not the way I intended. ‘Use sparklers to spell out PROM’ the article on the Internet said. There was even a picture with them all lit up on the ground. Totally idiot proof.
I snuck into her yard like a ninja under the cover of darkness and tried to jam the sparklers in her lawn, but the soil was hard and unyielding. I looked around, desperate, and then I spied a nice soft patch of mulch underneath the cedar tree near the side of her yard. It was perfect, and the sparkler slid in easily. A few minutes later, I had them all lined up just like I’d seen in the picture, and once they were lit, yelled, “Amanda!” I actually had to call out twice because she didn’t hear me the first time. Then she came to the window and gazed down as the sparklers fizzled down to the ground and--boom!
Turns out that was fresh pine mulch underneath that cedar. Pine trees produce turpentine, so I might as well have lit those sparklers in a pool of gasoline for how quickly the mulch caught fire.
I didn’t know what to do, so I ran. Which is why I’m now hiding behind a bush across the street in her neighbor’s yard. This is definitely going down in history as the most epic promposal fail ever. And then, as if things couldn’t get more catastrophic, they do.
Baseball is practically a religion where I live in South Coast Massachusetts. People take their Red Sox pretty seriously, and the die-hards decorate their trees with red and blue streamers every season in a show of support. The Carlisles are no exception. And it doesn’t take long for the flames to catch and race the length of those ribbons into the dry branches above.
From where I’m crouched down, I have a perfect view of the Carlisle house. I can see Amanda’s eyes widen and her jaw drop open as she observes the quickly escalating situation in her yard. She pulls away from the window, I’m guessing to call the fire department. We should probably talk about Prom some other time.
With things clearly going south, I do what any sensible person would do: I get the hell out of there. Of course, a sensible person wouldn’t have put sparklers in a pile of fresh mulch directly under a highly flammable tree. Hindsight is 20/20.
So in the most casual way possible, I hook my backpack - which is loaded with empty sparkler boxes - over my shoulders, hop on my bike, and pedal away from the scene at what I hope passes for a normal speed. Cool as a cucumber, that’s me.
I reason for a brief moment that, perhaps, Amanda didn’t actually see me there. Even if she did, she doesn’t know me all that well so she might not recognize me. I am wearing black jeans, and my Batman hoodie conceals my medium-length, stick straight brown hair, so I am sort of camouflaged. Not to mention, those flames were pretty distracting.
The fire station is about five streets away, near the library. I start to worry that the firemen won’t get there fast enough and Amanda’s whole house might burn down. I know I’m a lame-ass chicken shit for hightailing it out of there, but the last thing I need is Dad on my case for something else. As far as he’s concerned, I can’t do much right. I would like to say he’s just being an asshole, but lately I’ve been wondering if he’s onto something.
I consider turning around and heading back to Amanda’s, which would be the right thing to do, but I swear I’m about to piss myself with fear so I pedal faster, listening for the sounds of approaching police sirens. For good measure, I jerk my bike off the main road, cutting through the back alleys toward home. 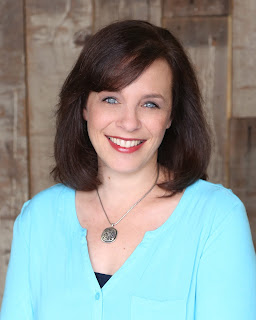 Robin Reul has been writing stories since she was old enough to hold a pen. Though she grew up on movie sets and worked for years in the film and television industry, she ultimately decided to focus her attention on writing young adult novels. And unlike Hank, she does not know how to ride a bike. She lives in Los Angeles with her husband, son and daughter. My Kind Of Crazy is her first novel.

PRAISE FOR THE BOOK

“I had so much fun reading this book that it made want to accidentally set things on fire. Great characters you instantly care for, and a lot of heart.” -- Adi Alsaid, author of Never Always Sometimes and Let’s Get Lost
“MY KIND OF CRAZY is for everyone who felt they never fit in and weren't sure that they wanted to.” --Eileen Cook, author of Remember and What Would Emma Do?
“Hank Kirby will steal your heart, Peyton Breedlove will set it on fire, and then together they’ll mend the pieces.” --Shaun Hutchinson, author of FML and Violent Ends
“MY KIND OF CRAZY is my kind of read, and Reul, the best kind of writer.” --Gae Polisner, author of The Summer of Letting Go and The Pull of Gravity
“Funny, authentic, and, at turns, heartbreaking.” -- Jessi Kirby, author of Things We Know By Heart
“A sensitive look at two teens with complicated histories learning to build a future together.” –Kirkus