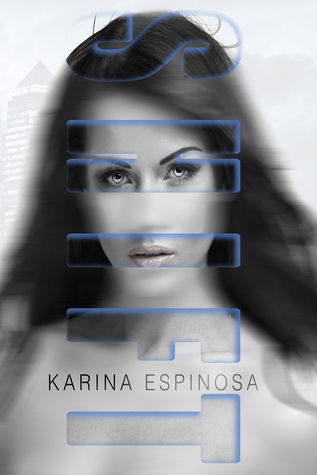 BLURB from Goodreads
It's hard enough being an undergraduate student, an intern at Downtown Manhattan's police station, and a bouncer at a local bar. Add her now ex-boyfriend who recently dumped her for the school's resident bimbo—oh, and she's a werewolf. Mackenzie Grey meets her match when she is kidnapped by the Brooklyn Pack and tossed between Sebastian and Jonah—the Alpha and the Beta. Being a lone-wolf in the city is dangerous, and now that the Pack has found her, so can every supernatural being in the Tri-State area. And not even her sarcastic, smart mouth can get her out of this. When a string of kidnappings involves Mackenzie in supernatural politics, she questions her new acquaintances and finds unlikely allies. Can she escape Pack law and keep her freedom—or will she be condemned to an unwanted path? 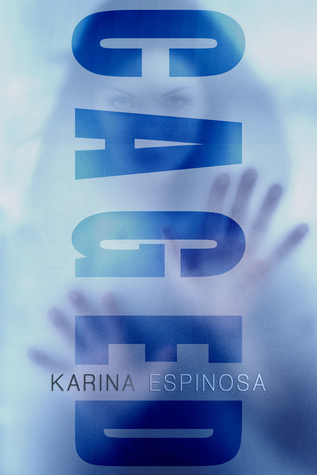 BLURB from Goodreads
It’s hard out there for a lone-wolf.Mackenzie Grey has started a brand new life in an attempt to escape the Brooklyn Pack. She settles in as a detective in a special unit of the LAPD when her identity is put at risk, and she has no choice but to run again. The question is: does she want to run forever?As events force Mackenzie to confront her past, she is met with many surprises—including the revelation of her true ancestry. When Packs across the country learn of who she is, Kenz becomes the object of desire in a deadly wolf hunt, and she must once again fight to keep her freedom. Witnessing first-hand the barbaric treatment of Lunas, Mackenzie has to make a choice—follow the prediction of her Vision Quest or let herself be CAGED...


BLURB from Goodreads
It’s hard out there for a lone-wolf.


Mackenzie Grey has started a brand new life in an attempt to escape the Brooklyn Pack. She settles in as a detective in a special unit of the LAPD when her identity is put at risk, and she has no choice but to run again. The question is: does she want to run forever?


As events force Mackenzie to confront her past, she is met with many surprises—including the revelation of her true ancestry. When Packs across the country learn of who she is, Kenz becomes the object of desire in a deadly wolf hunt, and she must once again fight to keep her freedom.
Witnessing first-hand the barbaric treatment of Lunas, Mackenzie has to make a choice—follow the prediction of her Vision Quest or let herself be CAGED...

INITIAL THOUGHTS
As I began reading this book, I was really looking forward to catching up with the kick butt Mackenzie Grey again and to discover what has been going on in the Brooklyn Pack and how Mackenzies decisions in Shift have affected them.

THOUGHTS THROUGHOUT THE BOOK
At 12% I was pleased to be realising that Mackenzie Grey was still the kick butt, full of attitude, wolf from bk#1. She is still very independent and wanting things doing her way.
At 54% wow! there's even more pack politics for Mackenzie to contend with. There is also the  return of pack hunks Sebastian, Jonah, Jackson! A surprise "mate" for Jackson to be revealed too!

REVIEW
I received a free e-copy of this book from it's author Karina Espinosa, in exchange for my honest opinion and review. I think the cover for this book perfectly fits in with the cover for SHIFT, with the similarities of the blurred effect. The female on the cover, Mackenzie seems to be trapped and trying to push her way out, so that fits great with the title of CAGED.
Would the cover of this book make me pick it up from a bookstore shelf? On the cover alone - Yes! I would be curious about the female on the cover and want to find out who/what was CAGED and why!
So this book literally picks up where the previous book ended. Mackenzie is on the run, and with the help of head vampire of New York, Lucian she has a new name and identity documents to go with it. Though the name Lucian has given definitely isn't inconspicuous!
Mackenzie is in her element busting criminal supernaturals along with a vampire (possible #bookboyfriend material) called Roman. The nickname Roman gives Mackenzie is "Ace" and it seems to stick with others around her calling her that too. It's during an operation to rescue a large number of  kidnapped Succubi that Mackenzie rescues an eleven and a half year old called Emma. Emma is a Luna, her mother a Succubi, her father a wolf. Both parents are dead, so this presents Mackenzie a quandary....where should she take the young Luna?
Eventually it is decided she will take the young Luna, Emma to the Desert Wolves. Once with the Desert Wolves she is informed that they cannot just take charge of this Luna. Emma must be taken to The Summit and they will place her where they think is best.
All this interaction around wolves has Mackenzie/Ace missing "home" even more. It also opens old wounds as to the life a Luna is expected to live. Luna's live a life of servitude, always deferring to the male wolves and of course their Alpha in everything. It is thinking about this injustice against all Luna's that changes Mackenzie mind and has her returning to LA.  Mackenzie is on a crusade, almost suffragette like, to improve the lives of Luna's - not just the ones she has met in the Brooklyn Pack but all Luna's. In this book we learn more about the Luna's both in the Brooklyn Pack and from other packs.
The problem is Mackenzie doesn't realise how far certain packs go to rule their Luna's, that it's not merely housewifely duties but that the Luna's are submitted to justice, and harsh punishments are doled out by their own pack Alpha for any perceived wrong doing. It seems that a few Luna's have started to think the same way as she does, they are tired of the drudgery, and seeing to any whim or fancy of their particular Alpha. The question is are the Luna's prepared to take action if/when it is needed? Are they willing to risk harsh repercussions and possible death? Are any of them prepared for the aftermath?
Mackenzie also underestimates her own value as a Luna, a very special Luna. Mackenzie has a very prominent parentage that makes her a very hot commodity to many packs. Mackenzie has yet to learn first hand how far certain Alpha's will go to get her to join their pack or to what lengths a few of the Alpha's will go to to have her as their mate.
So because Mackenzie returns to L.A. we get to catch up with the Brooklyn Pack. Alpha Sebastian is still being pursued by the eager Luna Vivian, who takes great delight in rubbing this fact in Mackenzie's face. Both Sebastian and Jonah are still as protective of Mackenzie as they always have been, offering her a place to stay where she can be safe from other Alpha's and their packs trying to coerce and/or force Mackenzie to be their new mate/Luna.
Mackenzie also gets chance to catch up with her human friend Amy, though things are somewhat awkward initially.  There's lots of pack politics, orders and rules from The Summit flying about in this book too.
So did I enjoy the book? I totally loved it. There really is so much crammed in this book! Everything from love, romance and flirting etc, to tragedy and violence. Along with some pack politics and we learn how brutal The Summit and their rulings can be.
Would I recommend the book? Yes, if you love the shifter genre, then this is a must read for you! I would say it is easily comparable to Rachel Vincent's Shifter's series and how much I adored that!
Would I want to read another book in this series? Yes! I'd read it now if it were available. I have grown attached to the Brooklyn Pack and would also like to learn more about the other Packs, either in this series or perhaps a spin off series?
Would I want to read other titles by Karina Espinosa? I will be definitely taking a closer look at Karina's other series Sin's Of The Fallen.

FINAL THOUGHTS
I could seriously ramble on forever about this book and series, so I guess I should limit myself to just one word? Amazing!!