SERIES PROMOTION - SINS OF THE FALLEN BY KARINA ESPINOSA 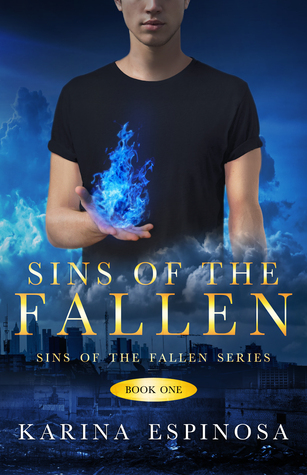 BLURB from Goodreads
When seventeen-year-old Maximillion Taylor and his best friend, Jones go to a house party, he doesn't expect to get kidnapped—much less by a succubus—and she's not the only one on the hunt. Thrown into a world of angels and demons, where nothing and no one is what they seem, Max ventures to find his true identity and learn to fight the demons who pursue him. When his origin is revealed, it's a race against the clock for a battle that will determine whether he can protect the ones he loves or succumb to his true nature. Through lies, betrayal, love and pain, Max must prepare to face the demons before it is too late… 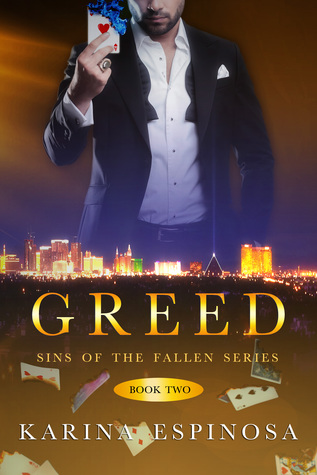 BLURB from Goodreads
As Wrath—one of the seven Nephilim—Maximillion can never return to the life he once had. Following the failed battle with Abbadon and his demons, the death of a loved one, and the betrayal of the person he trusted most, Max is forced to go into hiding. Before doing so, he must devise a plan to look for answers and search for the other Nephilim.Max and his best friend/guardian angel, Jones, are on the run for a month before the first clue leads them to Sin City, Las Vegas, to find the Nephilim of Greed, Nikolai. The combination of Nikolai’s reluctance to help and fear of an unknown force leaves Max full of more questions than answers.Will Max discover who is hunting the Nephilim? And if he does, can he overcome the forces of evil against them?In the sequel to Sins of the Fallen, Karina Espinosa pulls readers back to the saga unfolding in the world of angels and demons—a world in which everything begins to fall apart. 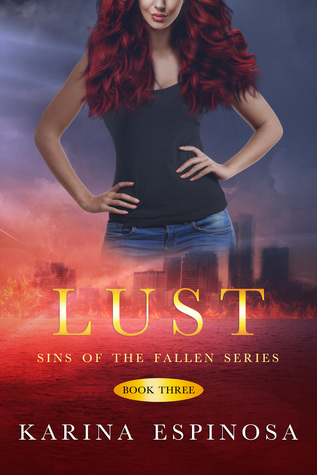 BLURB from Goodreads
Another death, kidnapping, and the arrival of a not-so-new Nephilim; Maximillion has reached his tipping point. With the consequences of his actions looming in the darkness, the Nephilim of Wrath may have another threat to worry about—himself.
When Max is approached by The Wanderer in regards to a mutual adversary, he will have to make a deal with the devil to save the only family he has left—even if it means infiltrating enemy territory without the aid of his friends. And leaving them in the hands of Sienna, the Nephilim of Lust.
Will this temporary truce with The Wanderer buy him more time, or speed up his prophesied demise? Can he trust Greed or Lust?
Alliances will be formed, teams will be chosen, and questions will be answered in the third installment of the Sins of the Fallen series.