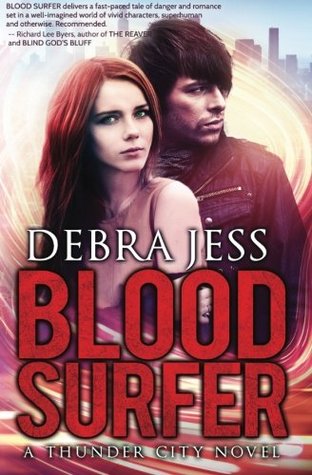 BLURB from Goodreads
Their destiny is written in blood.Welcome to Star Haven, where the police arrest and imprison alternative humans, if not execute them outright. When outlaw Hannah Quinn saves Officer Scott Grey’s life by bloodsurfing through his broken body, he winds up on the wrong side of the kill line.Hannah blew any chance she had of escaping Star Haven when she chose to save Scott’s life. Scott has a reputation for killing Alts instead of arresting them. Now that she’s triggered his dormant Alt ability, he’s forced to go on the run with her until she can break his despised Alt power.Suspicion dies hard after a lifetime of conditioning. Despite the threat to their lives, Hannah finds herself falling for the one man she can’t trust — and Scott falls for the woman who destroyed his life.With love and mistrust at war in a city where betrayal can earn your freedom, will Hannah and Scott’s tenuous bond be enough to save them? 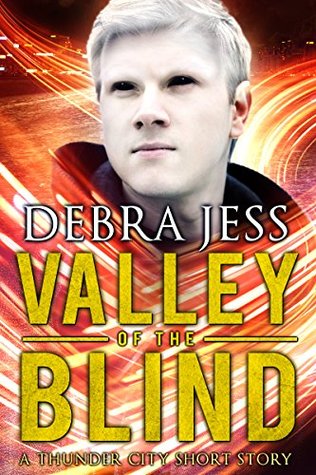 BLURB from Goodreads
Below the surface, wishes become nightmares. Seeker’s extraordinary vision allows him to see the world layer by layer. When he peels back the layers of his own family however, he discovers secrets he wished he’d never learned. Soon after, he’s kidnapped by terrorists hell-bent on starting a war with Thunder City. They plan to use Seeker as the catalyst, the fall guy for a political assassination. Can Seeker use his vision to save Thunder City and himself before it’s too late? 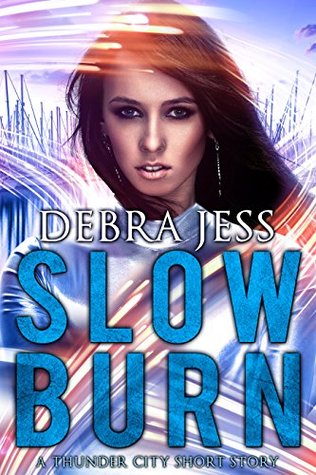 BLURB from Goodreads
The vendetta of a lifetime will burn hotter if you mix it with water. Spritz made headlines as child when the Happy Hooligan lured her into the woods on Halloween and terrorized her all night long. As an adult with the power to manipulate water, she’s become a formidable alternative human in her own right. When the Happy Hooligan returns to set the famous Thunder City boardwalk on fire, Spritz knows deep in her soul that his plans are more nefarious than watching the boardwalk burn. Stopping him will mean disobeying orders and could cost her the life she’s worked so hard to rebuild.

A Connecticut Yankee transplanted to Central Florida, Debra Jess writes science fiction, romance, urban fantasy, and superheroes. She began writing in 2006, combining her love of fairy tales and Star Wars to craft original stories of ordinary people in extraordinary adventures and fantastical creatures in out-of-this world escapades. Her manuscripts have won the Golden Pen Award (Paranormal category) and the Golden Palm award (Paranormal/Sci-Fi/Fantasy category).Debra is a graduate of Viable Paradise and is a member of Codex. She’s also a member of the Romance Writers of America and RWA’s Fantasy, Futuristic, & Paranormal chapter, the First Coast Romance Writers and she’s the Vice President of the Volusia County Romance Writers.