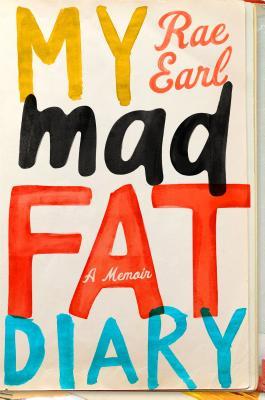 BLURB from Goodreads
It's 1989 and Rae Earl is a fat, boy-mad 17-year-old girl, living in Stamford, Lincolnshire with her mum and their deaf white cat in a council house with a mint green bathroom and a refrigerator Rae can't keep away from. She’s also just been released from a psychiatric ward. My Mad Fat Diary is the hilarious, harrowing and touching real-life diary Rae kept during that fateful year and the basis of the hit British television series of the same name now coming to HULU. Surrounded by people like her constantly dieting mum, her beautiful frenemy Bethany, her mates from the private school up the road (called “Haddock”, “Battered Sausage” and “Fig”) and the handsome, unattainable boys Rae pines after (who sometimes end up with Bethany…), My Mad Fat Diary is the story of an overweight young woman just hoping to be loved at a time when slim pop singers ruled the charts. Rae's chronicle of her world will strike a chord with anyone who's ever been a confused, lonely teenager clashing with her parents, sometimes overeating, hating her body, always taking herself VERY seriously, never knowing how positively brilliant she is and keeping a diary to record it all. My Mad Fat Diary – 365 days with one of the wisest and funniest girls in England.