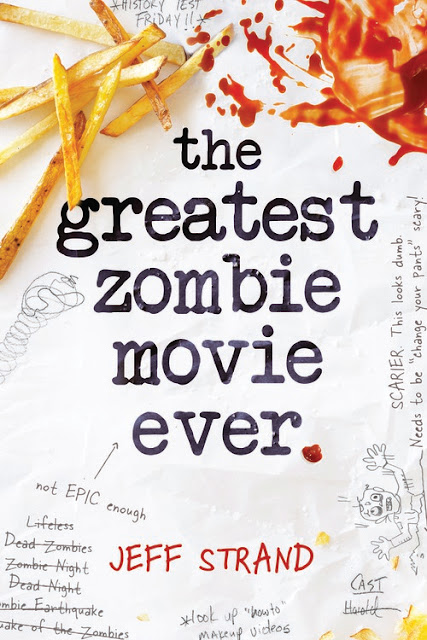 BLURB supplied by Sourebooks Fire
After producing three horror movies that went mostly ignored on YouTube, Justin and his film making buddies decide it’s time they create something noteworthy, something epic. They’re going to film the Greatest Zombie Movie Ever. They may not have money or a script, but they have passion. And, after a rash text message, they also have the beautiful Alicia Howtz—Justin’s crush—as the lead.

With only one month to complete their movie, a script that can’t possibly get worse, and the hopes and dreams of Alicia on the line, Justin is feeling the pressure. Add to that a cast of uncooperative extras and incompetent production assistants, and Justin must face the sad, sad truth. He may actually be producing The Worst Zombie Movie Ever…

EXCERPT
"I don't want to make terrible movies anymore. I want them to be big. I want them to be important. I want them to be longer than ten minutes."
"All right," said Gabe.
"We should change our filmmaking process. We should write a script first."
"I thought you always said that following a script would restrict your creativity on the set, and that the best ideas are those that filmmakers generate on the spot."
"I've said a lot of things over the years," said Justin. "This time we need a script. We don't have to stick to it word for word, but we should have one."
"Is there a blister on my tongue?" asked Bobby, sticking out his tongue. "I can't tell if it's a blister or just a piece of fry." Justin and Gabe couldn't understand what he was saying, since his tongue was sticking out, but they'd known him long enough to get the general idea.
"It's a piece of fry," said Justin.
"It won't come off. Why won't it come off?"
"Okay, fine," said Gabe. "We'll have a script."
"And a budget."
"Dude..."
"You can't make the greatest movie ever without a budget," Justin told him.
"Now we're making the greatest movie ever? I thought we were just making one that didn't suck."
"Do you know how old George Romero was when he made Night of the Living Dead?"
"Late twenties."
"Right. So we've got a while to catch up. That example didn't really make the point I was trying to make. What I'm saying is that we should be ahead of the curve. We should be making movies that people can't believe were made by fifteen-year-olds. I want people to be stunned at what we're making. I want people to accuse us of being genetically enhanced."
"I'm all in favor of that," said Gabe. "I just feel like we should set our sights a little lower. We keep saying we want to make a zombie movie. Maybe instead of the greatest movie ever, we make the greatest zombie movie ever."
"The greatest zombie movie ever would, by definition, also be the greatest movie ever."
"Point taken."
"Zombie movie. Good choice, Gabe. And we're going to commit ourselves to this project. No safety net. No excuses not to finish. Nobody is going to say this isn't a real movie."
"I really can't get this fry off my tongue," said Bobby. "The cheese is like superglue."
Gabe ignored Bobby and shrugged at Justin. "Okay. So if we're doing a real movie, how do you propose we raise the money?"
Justin stared into Gabe's eyes with a steel gaze, and then after a dramatic pause said, "Any...way...we...can."
"Such as?"
"I don't know. Crowdfunding. A bake sale. Insurance fraud. We'll worry about that later."
"I think we should worry about it a little bit now."
"I'm in an ambitious mood. Don't bother me with reality right now." Justin picked up a fry and dipped it into the runniest patch of chili. "We can do this. We can make a three-hour epic that will revolutionize the film industry."
"Three hours?"
"At least."
"How about we make half an epic and go for ninety minutes?"
"Actually, we should let the story decide for itself how long it needs to be." Justin ate the fry. "Are you in?"
"I don't like that you're giving the story a consciousness of its own."
"Are you in?"
"I'm in," said Bobby.
"Gabe?"
"I'm going to Indiana for the summer, remember? The day after school gets out."
"Okay, so that gives us a month. We can do it. Are you in?"
"You're insane."
"Are you in?"
"You're also deranged."
"Are you in?"
"You're insane, deranged, and scary."
"Are you in?"
As he had many times during their ten years of friendship, Gabe looked resigned to his fate. "Yeah, I'm in."
Bobby seemed to notice something behind Justin. He smiled. It was a wicked smile, the kind of smile a person gets when the thoughts currently floating in their brain are nothing but the purest evil.
"What?" Justin asked, the evil aura making him suddenly uncomfortable.
"I know who we should cast in the lead."
"Who?"
Bobby pointed to a booth at the other end of the restaurant. "Alicia Howtz." 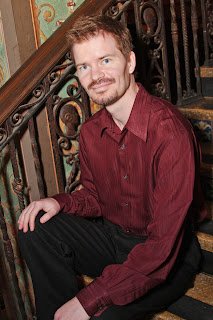 Jeff Strand wrote the script for the short film Gave Up the Ghost, which has zombies in it for a few seconds, and was an associate producer on the short zombie film Chomp. In the event of an actual zombie attack, he would run around crying and screaming, “We’re all doomed!” and contribute very little to everybody’s chances for survival. He’s written a bunch of other books, including I Have A Bad Feeling About This and A Bad Day for Voodoo.