BOOK & AUTHOR PROMOTION - WHAT IT WAS LIKE . . . BY LOIS WATKINS 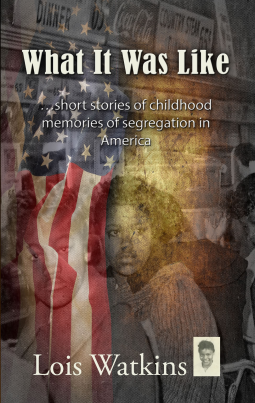 BLURB from Amazon
A series of short stories describing childhood experiences in segregated Little Rock, Arkansas during the 1940's & 50's. Lois Watkins was born in Little Rock, Arkansas during the era of segregation. After attending segregated public schools for six years, she moved with her family to Los Angeles in the summer of 1957, just before the desegregation of the formerly all-white Central High School. She knew several of the members of the Little Rock Nine, brave students who challenged the segregated education system. Lois has had a very eclectic career. She served as an education specialist for over 500 colleges and universities for the U.S. Department of Education, Region IX, in San Francisco. She was the preview manager and supervisor of subsidiary offices for the third-largest-in-the-world fine arts and antiques auction house, Butterfield and Butterfield. She also served as program manager for the CDC-funded program REACH (Racial and Ethnic Approaches to Community Health) at the Seattle and King County Public Health Division. But her most rewarding experience has been as a substitute teacher for the Seattle Public School District. She had spent seventeen years trying to write the great American novel when students, upon learning that she lived during segregation, inundated her with questions, asking “What was it like?” She realized that while there are many books describing Civil Rights heroes and events, something was missing: a description of day-to-day events of life during segregation. That’s what she’s written: a book that answers those questions her students asked.