PROMOTION - THE VIRGINIA KINGDOM CHRONICLES: THE CROWN BY L.L. LIVESEY

Set in a fascinating world that’s re-emerging from a devastating famine
caused by genetically modified seeds, The Virginia Kingdom Chronicles. 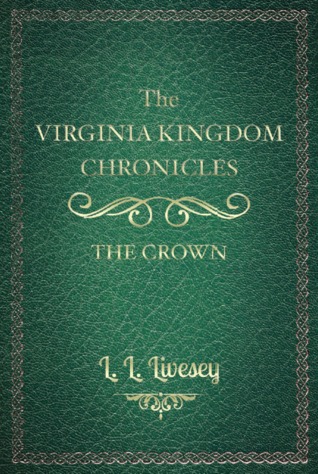 BLURB from Goodreads
The Virginia Kingdom Chronicles, Book 1: The Crown begins in 1992, when a Dutch accountant flees to the United States after stealing millions from a notorious drug cartel. Adopting a new identity, Espen Koning settles down on a remote Virginia farm.Two hundred years later, nineteen-year-old Lady Elise Koning’s induction as heir to the prime governorship of Virginia is underway. However, her indolence causes her grandmother, the current ruler, to warn Elise that her succession is not set in stone. She could still name her youngest son, Carl, as the heir instead. But unwilling to give up on Elise just yet, she recruits the former adviser to Elise’s deceased father to groom the young woman for her leadership role.The rules of the game are changing, as Virginia follows the lead of neighboring Carolina in transforming into a sovereign kingdom. Elise is changing as well—to the chagrin of her longtime companion, Decker Regan.As Elise prepares herself for the rigors of being a strong ruler, will treachery undo her efforts to rise to the occasion?

From Toronto, Ontario, L.L. Livesey currently works in government in a position which allows her to observe firsthand the power struggles for political dominance-when she's not secretly plotting out her own stories. However, the idea for the Virginia Kingdom Chronicles first came after hearing a friend admit he'd lost all interest in reading, and countering back that if she herself wrote a book, then he'd have no choice but to read it. Hence, a simple idea arose on his balcony, soon taking on its own life, and the story simply could not stay contained within one book.

Feel free to sample chapters on her website at virginiakingdomchronicles.com.