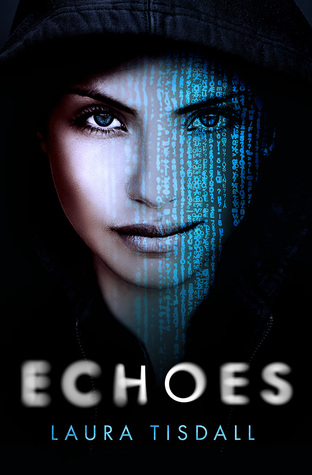 BLURB supplied by the Author
Volatile mathematical genius Mallory Park is living two lives. In one, she is balancing senior year with looking after her little brother and troubled ex-Marine father; in the other, she spends her nights glued to her laptop, breaking into some of the world’s most secure systems as the hacker Echo Six.
As part of a corruption-exposing cyber network called the Forum, Mallory is far more at ease among the codes and hidden identities of her online world than she has ever been in the real one, but when other hackers start to go missing, she finds herself caught up in a web of secrets that could have repercussions far beyond both. When anyone can be a name on a screen, how do you know who to trust? 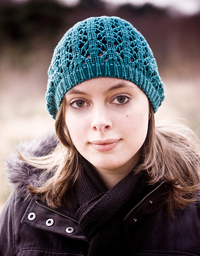 Laura grew up in Woking, England, and graduated from the University of Surrey with a degree in music. Before starting Echoes, she worked mainly in theatre and wrote two musicals, The In-Between and Faerytale.

Mallory Park hunches forward over the desk, icy blue eyes glued to the screen of the laptop, a single glow in the otherwise darkened room. Numbers and letters filter through her mind, faster than most people could read, let alone make sense of. The digits on the screen appear jumbled, random, but there is always a pattern, always a solution – and she always finds it in the end. She watches as the code expands, letting herself sink into it, becoming immersed in it, sorting and searching…
Searching for…
Loophole.
She spots it. Her pulse lifts a notch as everything clicks into place; a beautiful, crystalline stillness inside her mind. She checks it again, breaths coming a little faster.
Yes, she thinks. There it is, hidden within the programming; a way in, a weakness everyone had claimed didn’t exist. Adrenaline ripples through her, elation coupled with the underlying urgency she always feels this close to the end of a hack. Her thin, black-gloved fingers stir to life and race across the keys, the tips just poking out of the cut-off ends and clicking softly against the plastic. With each stroke, she starts to edit the code, starts to mould it, to persuade it… and she begins to ease her way through. Her pulse is racing now; she is alive and surging and powerful…
The minutes tick by.
A strand of dark hair falls down across her face. She flicks it back with a jerk of her shoulder, barely lifting her hands from the keys. Everything is slotting into place, fitting deliciously into a pattern with design and logic and cohesion…
It’s going to work.
Finding the password had only been the first step. Now, after layers and layers of security, after bypassing hidden traps and authentication checks, she is almost there. She can almost feel it…
Almost…
She types the last few strokes, blood pumping in her ears…
And she slips through.
The screen changes, the code disappearing to reveal the flying bird logo of Harrison Copeland Pharmaceuticals – the final layer of security bypassed with no alarms triggered. That’s the key; soft and silent, not loud and damaging.
A needle, not a knife.
Something inside of Mallory releases – both a rush and a kind of relief – and it’s as if in that moment everything around her feels clear, where usually there is so much noise. Her lips quirk upwards at the corners. Even Warden had warned her off this hack when she’d told him she’d accepted it. Too many layers, he had said, too many things that could go wrong. He’d kind of sounded worried for her. Her smile widens a touch.
There is always a loophole. You just have to look at things the right way.
She stretches out her fingers, flexing each joint with a sharp, controlled energy, then uploads the program she built to locate the content The Asker had requested. She watches as it starts sifting through the network, searching for the relevant files. He had given this hack specifically to her, specifically to Echo Six. He had said it was important, and Mallory doesn’t screw things up.
Echo Six doesn’t make mistakes.
She taps the middle finger of her left hand on the desk while she waits – four taps, three taps, four taps, two – watching as the status bar slowly fills, empty black to shimmering green. She rechecks for any signs that she might be being traced…
Careful, careful, careful…
But there is nothing untoward. No one even knows she’s there.
The minutes tick by, then finally; Search Complete. Two hundred and forty-six files have been identified as mentioning the initial round of testing for the newly approved cancer drug Estalan, eighty-seven of which are marked with the highest security clearance; files that someone tried to bury. She copies them all. The transfer window counts down from one minute, fifty-four seconds as the status bar refills.
Mallory starts tapping again.
She checks for traces.
When all the files have copied, she opens one, a high security one. A quick skim confirms it is what The Asker was after; results Harrison Copeland didn’t want anyone to see, evidence of mistakes, fixes and side effects. Results they had tried very hard – and, from the looks of it, paid a lot of money – to hide.
It was a waste, she thinks, feeling the slightest rush again. They couldn’t hide them from her.
She closes the file and wipes her search algorithm from the HC network. Then she rewrites the system logs to remove all memory of her actions, before hacking her way back out, closing all the loopholes behind her. In a few days, when the files turn up leaked on the net, the techs at HC won’t have any idea how they got out. There will be no recorded log off or log on, and no recorded search; no evidence she was ever there at all.
Just silence.