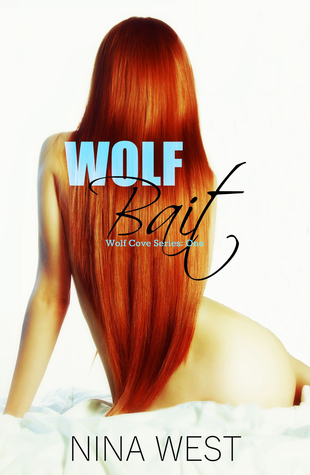 BLURB from Goodreads
When life turns to hell, most people talk about running away. Abbi Mitchell actually does it. Determined to escape her humiliating heartbreak and her overbearing mother, Abbi takes a summer job at a resort in Alaska. It's supposed to be four months of snow-capped mountains, peaceful wilderness, and figuring out if she should wait for her lifelong sweetheart to come back, as he has promised he'll do.Instead, it's Henry Wolf.Owner of the luxury hotel chain, Henry Wolf is cool and composed, successful with everything he touches, and undeniably beautiful. And for some reason Abbi can't fathom, he wants her—the farm girl from small town, USA with no corporate experience—as his personal assistant. Abbi scrambles to meet his professional demands while she battles her growing attraction to him. Physical feelings she shouldn't have because he's her boss, because she's way out of her league with him, and because they'll never be reciprocated.Until they are.Will Abbi be able to let go of herself—her values, her dreams, and her inhibitions—to give him all that he's demanding of her? 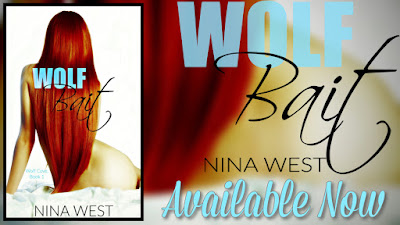 “How do I get over him?” My voice is almost pleading.
“By spending the next four months fucking someone in every position imaginable.”
I’d be lying if I said I hadn’t thought of it, more than once. But it was always from a place of pain and rejection, a place I knew would drive me to have regrets down the road. “I don’t want just ‘somebody.’” Right now, the way my body’s responding to him, I want the lumberjack.
I trace the back of his neck with my fingertips. His arms are so strong, his body is so tight, his face so striking. Every fiber of my body is in tune with his, my skin prickling with the thought of these hands touching my bare skin. What would it be like to be naked with someone so big and masculine?
I twirl the little curly wisps of hair within my shaky but unusually bold fingers. “Have you ever been with a virgin?”
He inhales with a light hiss. “Not for a long time.”
“Why not?”
“I prefer women over little girls.”
I swallow against the burn of that rebuff. He’s calling me a little girl. “So inexperience bothers you?”
“It’s never appealed to me.” A wicked smirk touches his lips. “Though you wouldn’t be inexperienced for long.”
A flush races through my entire body almost instantly, the heat building between my legs at the way he talks, as if sex is a real possibility between us. Pressing my lips together to try and hide my nervous grin, I reach up to run my fingers through his beard again. What would that feel like against my skin if he kissed me? I’ve never kissed a man with a beard. I’ve never kissed anyone but Jed. “I’ll bet if you shaved your face, you’d be even more beautiful.” His jaw tenses as I caress the edge of his jaw slowly, imagining what he looks like beneath.
“Maybe I don’t want to be more beautiful.”
“You know what I mean, Lumberjack.” I rest my head against his broad frame again, burrowing my face further into his thick neck because it feels so nice and warm in there. I notice one of the buttons on his shirt has popped open. I reach for it, intent on fixing it for him, and accidently tug another one open in the process. “Oops. Sorry.” My fingertip skates across hot exposed skin as I try to fix it one-handed. Oh my God. This guy’s chest. I understand what “rock hard” means now. His skin is smooth, with a faint line of hair trailing down the middle. “Are you staying here, in the village?”
“Sure.”
“Which cabin?”
“Why?”
“Because maybe I want to find you tomorrow?”
“You won’t.”
“How do you know?”
A cocky grin flashes. “Because if you remember any part of tonight, you’ll be avoiding me for the rest of the summer.”
I scowl into his neck. “You think you have me all figured out. What if I just want to say hi?”
“I’m sure I’ll see you around.”
“Fine.” My lips have been skating across his skin while I talk. Now I run my tongue along them, because it’s the closest I can get without actually licking him. “You taste salty.”
A shaky breath escapes him and he speeds up.
Did I just turn on the lumberjack? Jed used to breathe like that when I sucked on his earlobe. My ego sure could use the boost right now. “What if I wanted to find you for other things?” Man, alcohol makes me brave.

ABOUT THE AUTHOR
Nina West lives in the city but spends her summers in the wilderness with her husband. She loves having a steaming cup of cocoa in one hand and a steamy story full of angst in the other. Follow her on Facebook or on Twitter! 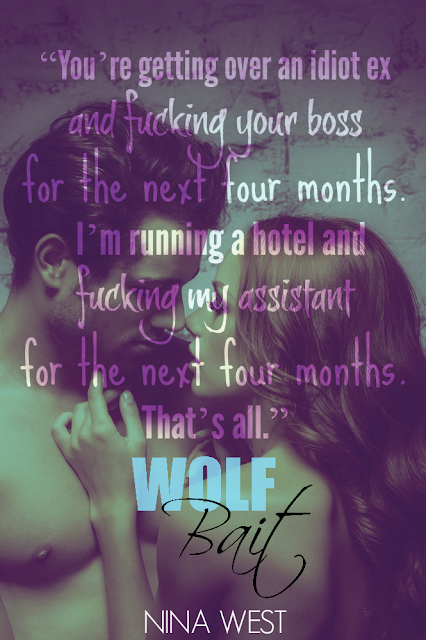 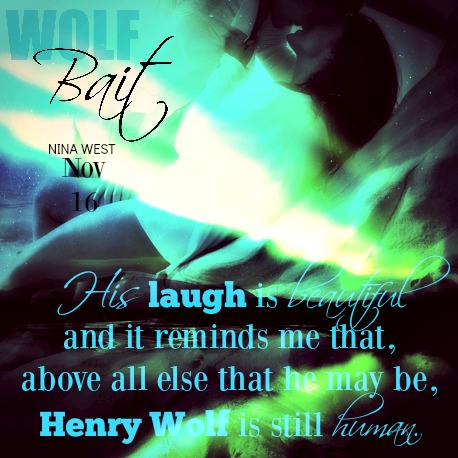