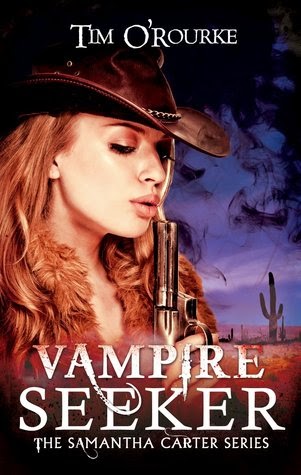 BLURB from Goodreads
Samantha Carter believes that a vampire is responsible for the brutal deaths of four women in Whitechapel, London, England. Each murder is identical to those committed a hundred years before by a very different serial killer. Desperate to prove the killer’s identity, Samantha follows him onto a late night tube train. But Samantha doesn’t reach the next station and finds herself on a very different journey, where she discovers vampires are very real and far more dangerous than she had ever imagined. To stay alive, Samantha needs to figure out why things have gone so terribly wrong for her – and more importantly, why she is out of time? 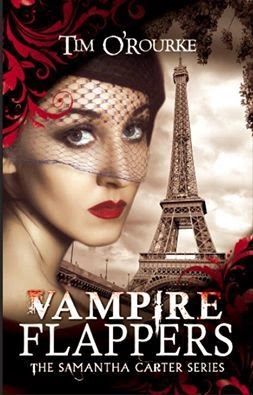 BLURB from Goodreads
What happens in Paris . . . Since returning home, Sammy's been struggling desperately to remember her friends and her adventures back in the Wild West. Were they real? Could the vampires, the werewolves, even Harry be just figments of her imagination? Desperate for answers, Sammy has returned to the Underground, where it all began, and finds herself snatched back in time once again. Plunged into the middle of a desperate battle, Sammy's soon fighting for her life, for her memories . . . and for her man! Short, sharp and sexy, this is the perfect remedy for O'Rourke addicts needing a quick hit, and for new readers looking for something new and exciting. 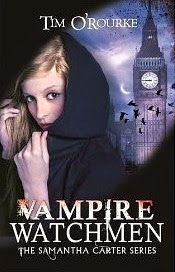 BLURB supplied by Piatkus
It's been a year since Samantha Carter blasted back to 1888, barely escaping with her life. Now, returned to present-day London with only her nymphomaniac flatmate for company, she's starting to believe that everything - the blood-curdling vampires, her strange and sudden skills with a gun, even her mysterious lover  Harry - was nothing but a dream.Just when Sammy is about to lose all hope that her friends and memories were real, it finally happens again.


This time she's pulled back to a city she does not recognise: a London in the grip of a terrible plague, where death haunts the night and a deeper, darker threat lurks underground, waiting for its chance . Fighting side by side with her friends once again, Sammy encounters horrors beyond her imagining; yet what really terrifies her are the endless questions, one most of all: who is she really? Torn between the life she longs for and the life she can believe in, Sammy must decide whether she's brave enough to risk everything, even her heart