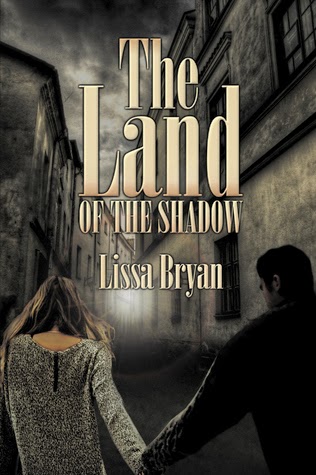 BLURB from Goodreads
In the highly anticipated stand-alone sequel to The End of All Things, Lissa Bryan returns readers to a world devastated by disease, and the breakdown of modern society.Two years after a horrific virus swept the globe, decimating the world’s population, Carly Daniels and her husband, Justin, have made a safe home in the isolated southern town of Colby. Protected by fences and a vigilant population, the residents there had somehow managed to keep the Infection out. Until the sight of Carly and Justin’s healthy baby girl convinced them it was safe to allow Outsiders in.Now, in the wake of fresh losses, the small band of survivors struggles to rebuild a community. With only nineteenth-century technology to aid them, they must learn skills long forgotten to provide for their basic needs. Each day brings new challenges, and every choice they make affects their long-term survival. While Carly and Justin adjust to a growing family, and to their roles as community leaders, they must rely on one another for strength and support when they face difficult questions.Carly has to decide how to move forward in a world where equality, justice, and freedom from tyranny are no longer guaranteed. And when new threats emerge, she has to decide what she is willing to do—and how far she’s willing to go—to protect what she has worked so hard to build.

INITIAL THOUGHTS
As dystopia/post apocalyptic are my favourite genres I was already really looking forward to this book. I was also impatient to be finding out how the characters of Carly, Justin and Dagny were doing. Were they succeeding in re-creating a little community? I also wondered if we would learn anymore about how the virus.

MY REVIEW
I received an e-copy of this book via Netgalley in exchange for my honest review. The cover of the book is quite dark but then that represents the times that Justin, Carly, Dagny, Kaden and the other characters are living in. The cover does fit in with the covers of the rest of the series so far.
So Carly, Justin and their daughter Dagny are still living in Colby, with the rest of its survivors. Kaden is now living with Carly & Justin as they have more or less "adopted him". Kaden dotes on Dagny and really does love Carly & Justin as though they are his parents.
There is the danger of those that survived the virus but still wander around in a zombie like state, and of course there are survivors that want to take what the Colby community have worked so hard to develop. The community of Colby are very careful who they allow to stay and join them.
Life seems to be struggling along in Colby, and people begin to relax somewhat until a new gang of "survivors" are found whilst out on a routine search to try and find out what happened to a stolen/missing hen. This new band of survivors is made up of mostly men and they seem to have taken some of the "zombies" prisoner and are using them like slaves. Unlike the community of Colby this group of survivors have no conscious and have no qualms about taking what belongs to others. As always Justin's instincts are proven right when the leader of the gang, Marcus, begins showing interest in Colby and what they have. A decision will have to be made soon, should Colby fight to protect what they have created or allow others to come in and take over? Justin as always has a lot on his mind and there is still other environmental danger all around, from illnesses which were quite easily treated and cured in the "before" when medication was in plentiful supply, so when Carly is taken ill, everyone fears the worst including Carly. Carly makes Justin promise to make sure to tell Dagny about her and have father/daughter time, she also insists on herself being quarantined. Justin is so torn, he feels he should be doing his usual jobs/leadership role, be out finding possible medication for Carly and the community and yet he hates to leave Carly's side whilst she is so ill.
It is one of the new additions to Colby, Pearl that ends up scavenging and searching for the much needed medical supplies. Pearl is one of the characters that we met in "Tales From The End", also now in Colby are Mark, Stacy and the two children they found along their way Veronica and Michael.
So that's just a few of the quandaries and struggles the characters in this book have to deal with. From large outside threats such as Marcus and his gang, and more trivial inner community disagreements over whether to kill the hens for meat or keep them for eggs.
Sadly the environment and soil are yet to recover enough for the planting and food supplies to thrive and provide enough for everyone within Colby, so food is still somewhat rationed.
This book is so well written and descriptive you feel as though you are there and are part of all the angst and action! I really enjoyed reading this one. I felt frustrated at the end, as something is left as a whopper of a cliff hanger, and I was screaming in my head "Oh nooo Lissa, you really can not leave things right there" but she did! and it is going to feel like another long, long wait for me until the next book is available. This book have some really cosy feeling scenes in them. I love the scenes involving Carly, Justin, Kaden and Dagny. I like that Lissa includes those smaller family things like Justin calling Dagny, "Daggers" for short. Justin can be a tough, hard headed military man one minutes and a soft slushy mess over his wife and family the next. This installment in "The End Of All Things" Series is really packed full, it has action, drama, betrayal on a community level as well as on a personal character level. We know that Carly is doing what she wanted in re-creating a community for her and her family, you sense and do understand how important this is to Carly. I think Justin would be happy with only his little family but, understands Carly's need and is more than willing to comply and try to make her new dream life become as true as is possible in this new world. Though within this book Carly does have the odd wobble of faith/hope in her ideas and wonders if anything can ever become any shade of normal again. You do empathize with how she feels. At times it feels like the community of Colby takes a couple of developments forward only to fall further behind in other things.
I could really visualise this book series being made into a brilliant film. (As long as they would stick to how Lissa has written the book of course).
So did I enjoy the book? Loved it. Would I recommend the book? I'd highly recommend the whole series so far. Would I read another book in this series? Yesss please!  Would I read other books by this author? I think so yes.